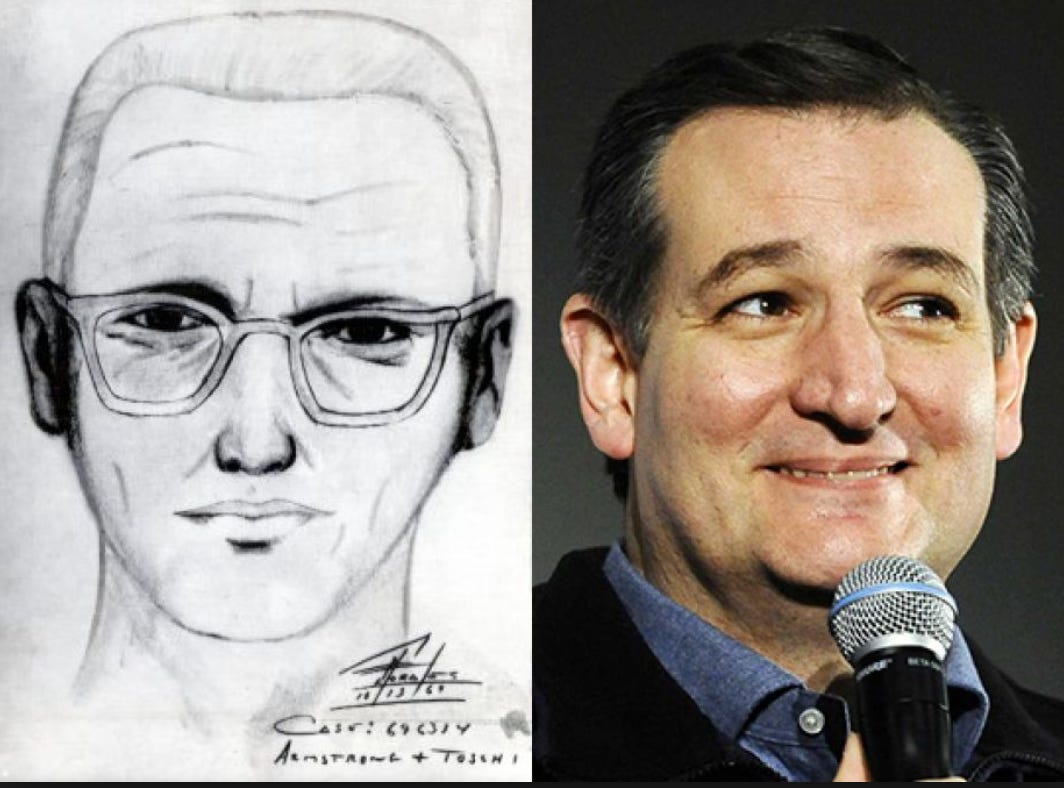 CARMEL, Ind. — Heidi Cruz knows that her husband, Sen. Ted Cruz, R-Texas, is not the Zodiac Killer, no matter what people online say. Heidi spent Monday morning traveling across Indiana in support of her husband’s presidential campaign. At a cafe in Carmel, Yahoo News asked for her reaction to a series of jokes that Comedy Central host Larry Wilmore made at the White House Correspondents’ dinner on Saturday night, where he repeatedly called her husband “the Zodiac Killer.” “Well, I’ve been married to him for 15 years, and I know pretty well who he is, so it doesn’t bother me at all. There’s a lot of garbage out there,” Heidi said. There is a popular Internet meme where people have asked whether Ted Cruz is the infamous Zodiac Killer, who was responsible for a string of unsolved murders and taunting letters to law enforcement in California during the late 1960s and early ’70s.

Let me ask you something. If your husband of 15 years is running for president of the United States and there’s a rumor out there that he’s a serial killer, wouldn’t your denial be a little stronger than that? Heidi Cruz didn’t even really deny the Zodiac Killer rumors there. She basically said “Well I’ve know Ted for a long time.” That’s not a denial. That’s a statement of fact. You know what you do? Laugh in their faces. Tell them it’s impossible for your husband to be the Zodiac Killer. It’s not even really about the allegations that he’s the Zodiac Killer. It’s about being loyal and shutting down the h8ers. The answer Heidi gave is the answer of a wife who isn’t quite sure the allegations of extramarital affairs aren’t true. If you believe it’s possible for Ted Cruz to have sex with multiple women, it’s not a huge leap to believe he’s a serial killer. All I’m saying is Ted better watch his back. He’s got a lot of enemies but the most dangerous one might be the one who sleeps in the next bedroom.