For the uninitiated, the Met Gala is the night of nights for the stars of stars. Everyone who’s anyone shows up to take red carpet pics as photographers shout things like, “Ok now look like your dog just died…. Now, now give me ‘My family was murdered and burned and I must find who did it.’ Thaaaat’s it.” It’s like smiling is forbidden at this thing. Everyone puts on their 500,000 dollar outfit then goes and pouts on a red carpet before they eat a meal. They’re all kids being forced to take pictured in their back to school clothes before their first day. Glamour!

But every year is themed. This year’s theme was  “Manus x machina,” asshole for, “fashion in the age of technology,” which is dickhead for, “put on shiny things.”

Here’s what our celebrities opted for this year

I’ll be honest, I don’t fucking know. She looks like she should be dancing to goth techno underneath a German bridge.

Futuristic as fuck though, gotta give her that. The only was she gets more “fashion in the age of technology” is if she wears a Zenon: Girl of the 21st Century costume. Taylor’s just the chick who got a little too into the theme party.

Hey my name’s Zayn. I left One Direction like an idiot, put out a banger in Pillow Talk then the rest of my album sucked, and I’m here in Jax cosplay. Fucking guy thinks he can strap some chrome lacrosse pads to his suit and call it an evening. This ain’t the Anime convention, Zayn, gotta work harder than this. 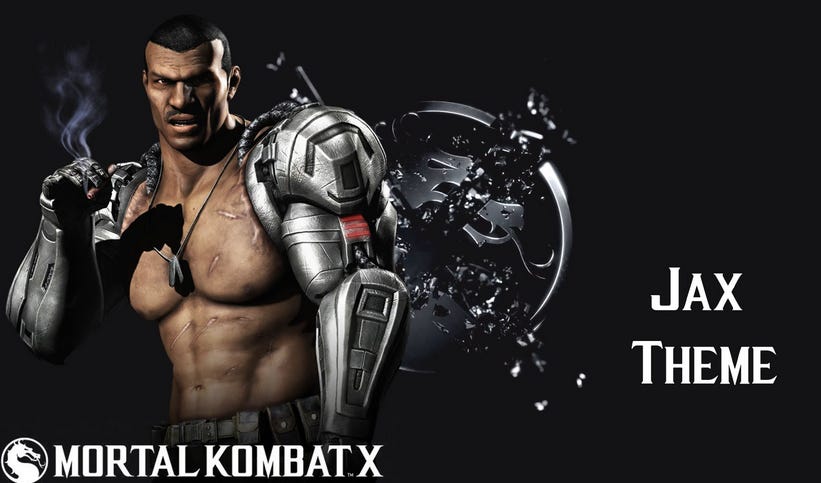 Kanye looks like a dad whose wife bought them a couples costume to a party he doesn’t want to go to. They had the “I’ll go but I’m not dressing up… BUT KANYE!… Alright, Jesus Christ, fine. I’ll put on the fucking jacket but I’m not wearing the whole thing” fight right before they walked out the door in a huff. And the beauty of it all is that Kanye’s probably been planning this outfit for 365 days, everything right down to the SubZero eyes.

Kim looks great in her Reynolds Wrap as well.

Love this move by RWH and Statham to just show up like it’s a regular ol’ red carpet. It’s a formal dinner, right? Ok, yeah, then we’re just wearing formal dinner clothes, Rosie will wear a dress and I’ll wear a tuxedo. We’re not playing dress-up, you children. Rolling into a theme party and just wearing normal shit that makes you look hot as fuck is a real power play.

There are really no words to describe Emily Ratjakowski. This is the part of the broadcast where the commentators just shut the fuck up and let you soak in the moment. Feel the greatness.

At this point I don’t even remember what sex Gaga is and I’m not sure she does either. Out here looking like Dee Snider forgot to take his pills and is roaming the streets pantsless. I’m guessing it’s also no surprised that whatever is covering her crotch looks like a bush? That’s not just me who sees that, right? Yay, feminism.

Basically ghost of Christmas future for Gaga. Hey nana, will you just get your titties back in your nightgown, I’m trying to go to sleep in the next decade. When your fucking ass is literally being held up by strings so gravity doesn’t drag it to Davey Jones’ locker where it belongs, it’s time to put it away.

Shoutout for being the only celebrity to smile but the fact that you’re 100 and don’t really know where you are negates that praise.

Here we’ve got… ummmmm… *double checks tweet*…. this is… *triple checks tweet*… it’s Katy Perry. Sure. Katy Perry, everybody. What this picture of Katy Perry tells me is that I’ve never looked Katy Perry in the face. Every time I read the words or hear the name “Katy Perry” apparently I go right for the titties, because this is the first time I’ve ever seen this woman in my life. But that’s what Katy Perry looks like, good to know.

Fire Tamagotchi, though. Birth control for millenials. I’ll never forget the fact that I couldn’t keep a Tamagotchi alive for an hour so I’ll never be responsible enough for a child. 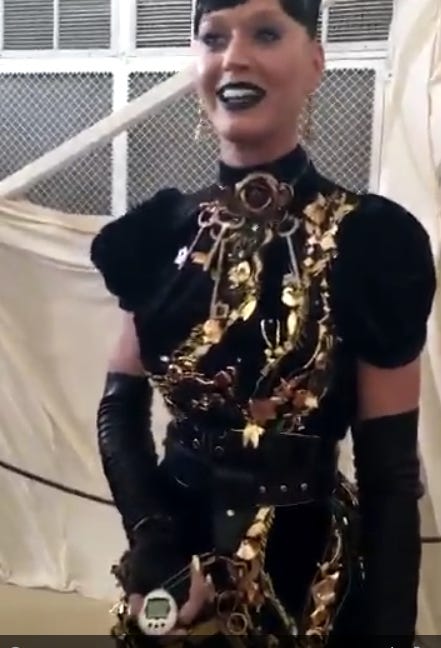 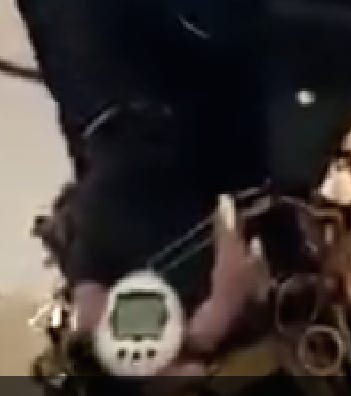 Puuuuuke. I guess to Selena “fashion in the age of technology” means “remember Little House on the Prairie? Try that.” I’ll tell you, Selena, sometimes I think you’re the hottest in the game then I blink and you’re dragging your ass up the Met Gala stairs in an American Girl outfit with GI Joe’s boots. Fuck outta here, Old Mother Hubbard.

Ahoy, Sarah Jessica Parker. You may not think that this look is #ontheme either, due to the fact that it looks like it should be worn by an extra in The Patriot, but the “technology” aspect of this ensemble is Sarah Jessica Parker’s face. Lot of futuristic technology has gone into designing that thing.

That’s this year’s list. As a reminder to all celebrities, I am available to go Met Gala shopping with you and firmly say things like, “No.” “Uh Uh.” “What the fuck is that?” “Go change.” and “Put something normal on for christ’s sake.” I’m also willing to say it in a sassy voice if that makes things simpler for you.

Have your people call my people.