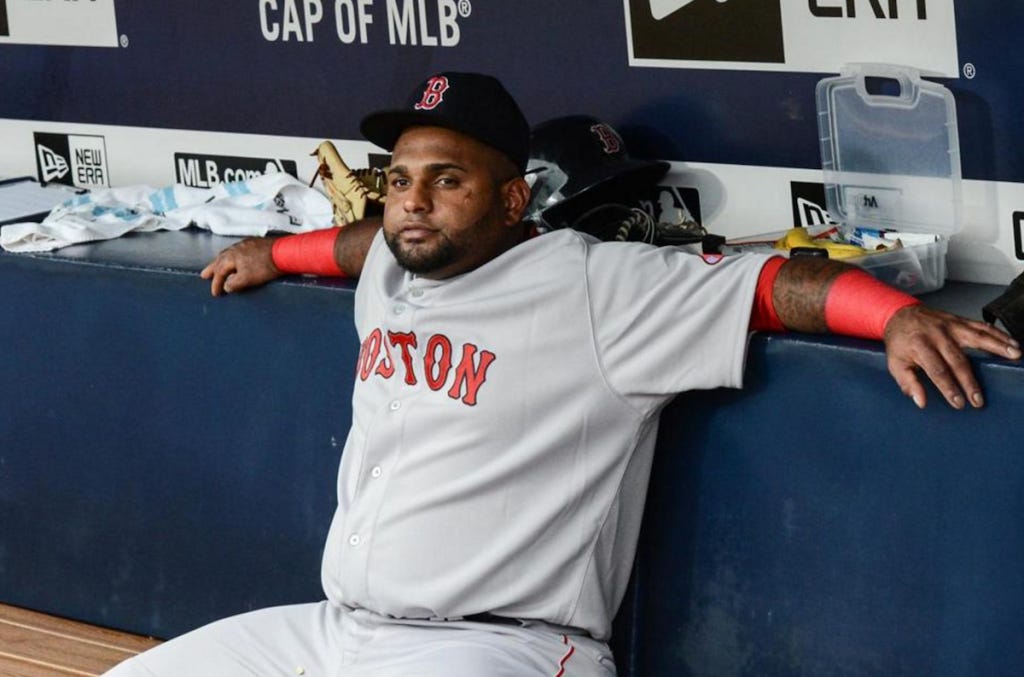 Here’s the official release from the Red Sox:

BOSTON, MA – The Boston Red Sox announced today that third baseman Pablo Sandoval will undergo surgery on his left shoulder. The procedure will be performed in the coming days by Dr. James Andrews in Pensacola, FL.

The club will make comment and provide additional information about the surgery at the completion of the procedure.

Sandoval, 29, was placed on the disabled list on April 13 (retroactive to April 11) with a left shoulder strain. The Venezuelan native has appeared in three games (one start) for Boston this season and was 0-for-6 at the plate with a walk.

Okay, so not a huge surprise here. Any time you know that a player is scheduled to see Dr. James Andrews, you know that the likelihood of surgery being required is very high, as was the case with Pablo Sandoval. What is surprising, though, is the fact that Sandoval managed to injure himself so severely in just three games in which he got 7 plate appearances. My best guess is that this shoulder injury was something that was pre-existing and had been lingering for a while. The team probably suggested that he get this fixed now, because it’s not like he was going to be getting any consistent playing time now that Travis Shaw is giving them 100 times the production that Sandoval gave them last year.

Also, I find it very strange that the Red Sox aren’t revealing why Sandoval needs shoulder surgery. This whole situation has been very, very sketchy, and I’d imagine there are a ton of details that we’ll find out later on.

The news of the surgery is both good and bad. You obviously never wish injury on a guy, but this is good for the Red Sox, because it gets the “what do we do with Sandoval?” problem put on the shelf until at least next year, as ESPN’s Marly Rivera is reporting that Sandoval is expected to miss the remainder of the season. The only problem with that is that he’s going to come back eventually. You’re still on the hook for three more years of this player after the 2016 season. Nobody’s going to trade for a player who is coming off of a significant injury that required surgery, wasn’t performing well for an entire season prior to the injury anyway, has a ridiculously bad contract and is still owed a ton of money and years, is overweight, and in addition to being overweight, he apparently can’t control his eating habits. Sandoval has checked off every single red flag as to why a team would never want this guy on their team.

But you know what? The Red Sox are in first place. I’m not going to worry about what the hell they’re going to do with Sandoval once he’s healthy enough to return, because that’s a long time from now. For now, I’ll go back to watching the replay of that Christian Vazquez home run from last night. Holy SHIT, that thing was crushed.