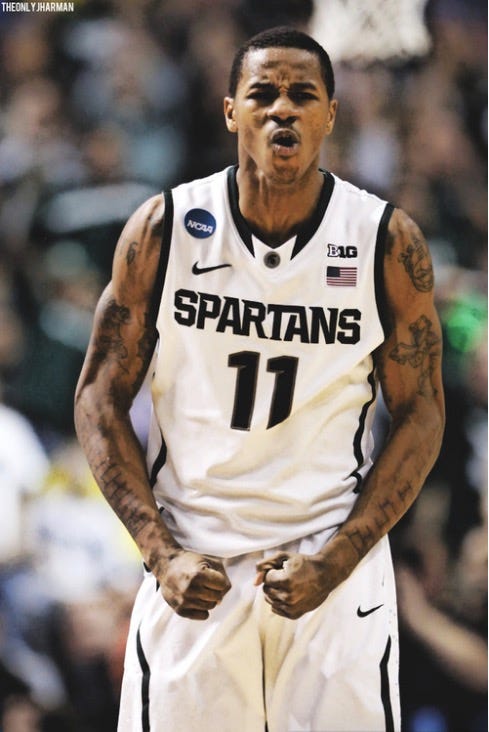 Appling, 24, played five games in the NBA this year with the Orlando Magic. Now, police sources confirmed he’s being held without bond at the Dearborn jail.

Appling was arrested Sunday after an incident stemming from inside the Pantheon Club with a loaded large assault rifle.

A staffer at the Michigan Avenue club was astonished at the report, saying “are you kidding me? Here?” 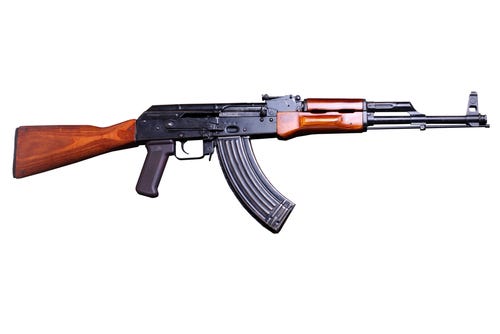 They don’t make a smaller version that I don’t know about? Like Keith Appling walked into a club with this thing? What…in his pocket? Tucked down the leg of his pants? Just draped around his shoulder? I don’t know. There are just so many questions.

Just not a good stretch here for Sparty.