No word on whether the bald guy was a Yankees fan, but he probably was and he probably deserved it. Also got to respect the guy in the Dickies jacket who was holding back his girlfriend and tapping the bald dude on the shoulder being like “hey guy, hey guy” before he knocked him out. Almost look like he had a smirk on his face too before he did. 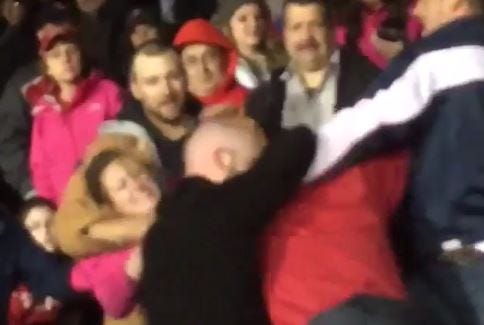 I think a pretty safe rule is you don’t fight guys in Dickie jackets.