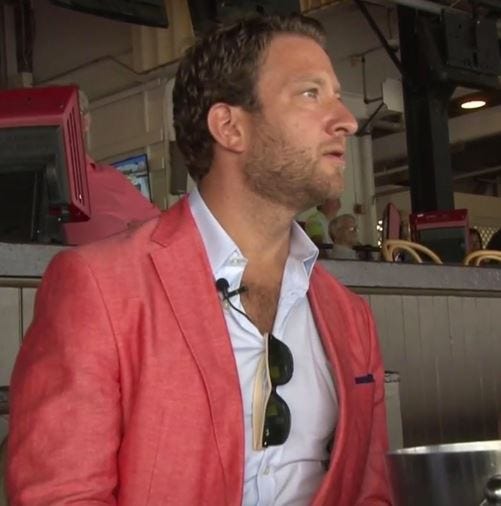 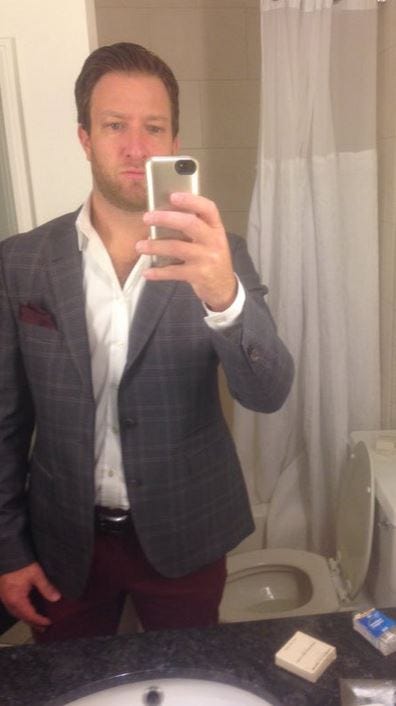 I swear to god the internet ruins everything. It’s a well known fact that my favorite clothing brand is Hugo Boss.  I look awesome everytime I wear it. Their clothes fit me perfect. I know it. You know it. Everybody knows it.

Well the other day somebody asked me what kind of brand my coat was and I said Hugo Boss. Next thing I know everybody is saying he’s a Nazi War Criminal. He made all his money during WWII by killing Jews. I figured it was just Stoolies being Stoolies. So I naturally went to Wikipedia and it ain’t pretty. 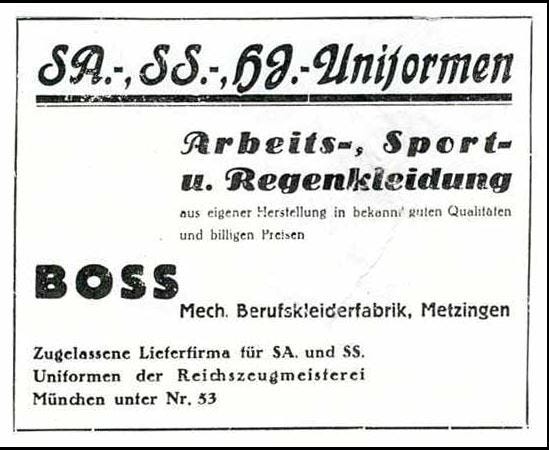 In 1924, Hugo Boss started a clothing company in Metzingen, a small town south of Stuttgart, where it is still based. Due to the economic climate of Germany at the time, Boss was forced into bankruptcy. In 1931, he reached an agreement with his creditors, leaving him with six sewing machines to start again. That same year, he became a member of the Nazi Party and a sponsoring member (“Förderndes Mitglied”) of the Schutzstaffel (SS). With their help, his economic situation improved. He also joined the German Labour Front in 1936, the Reich Air Protection Association in 1939, and the National Socialist People’s Welfare in 1941. After joining these organizations, his sales increased from 38,260 RM ($26,993 U.S. dollars in 1932) to over 3,300,000 RM in 1941. His profits also increased in the same time period from 5,000 RM to 241,000 RM. Though he claimed in a 1934-1935 advertisement that he had been a “supplier for National Socialist uniforms since 1924,” it is probable that he did not begin to supply them until 1928 at the earliest. This is the year he became an Reichszeugmeisterei-licensed (official) supplier of uniforms to the Sturmabteilung, Schutzstaffel, Hitler Youth, National Socialist Motor Corps, and other party organizations. For production in later years of the war, Hugo Boss used prisoners of war and forced labourers, from the Baltic States, Belgium, France, Italy, Austria, Poland, Czechoslovakia, and the Soviet Union.[2] According to German historian Henning Kober, the company managers were fervent Nazis who were all great admirers of Adolf Hitler. In 1945 Hugo Boss had a photograph in his apartment of him with Hitler, taken at Hitler’s Obersalzberg retreat.[3]

Yikes. Well fuck me. It’s not just like this guy was an average run of the mill Nazi. Dude was like best friends with Hitler. He made the uniforms for the Hitler’s Youth. And I’m walking around in this guys clothes. The dude who got a boner from murdering my people. This sucks. I don’t care how fabulous I look I can’t wear this anymore. There are lots of things I can live with but repping the fashion of one of the pre-eminent Nazi’s in history isn’t one of them. I hope the Internet is happy. You just ruined my wardrobe. Great job.