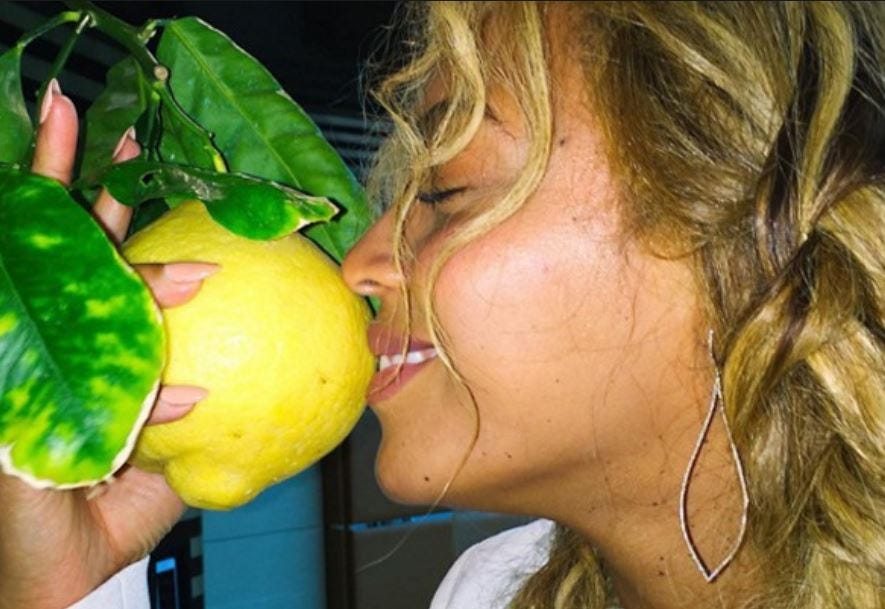 This may be the funniest development of Lemonade. Everybody doing this after listening to the album.

Give me a fucking break. You think Jay Z gives a flying fuck about this? Beyonce released this album on Tidal which he fucking owns. Think he gives a fuck that people know he’s cheating? He was probably stuffing Rihanna during the HBO special and laughing all the way to the bank. Let Beyonce act all empowered in her HBO special. Let her smash car windows. Let Serena twerk all over the joint. Here is the reality of the situation. This is what Beyonce is like behind close doors. A timid little mouse getting walked all over and having her sister fight her battles.

Anybody who thinks Jay Z stopped cheating is delirious. Guy can have almost any chick he wants. It’s impossible to stop in that situation once you get going. I mean fuck here is a live look at him during the actual filming of Beyonce’s video coming back from visiting a side piece.

And how about the chick Beyonce thinks he banged? “Becky with the good hair?” This Rachel Roy chick? Yeah Beyonce really showed her. Oh wait she’s bragging about it on Instagram and calling Bey a drama queen. Basically took Beyonces face and rubbed it in the mud. 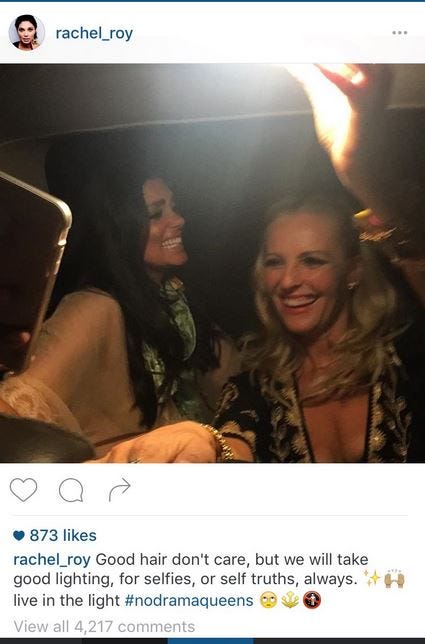 The point is this album was just words. Beyonce acts like she’s the strongest bad ass bitch of all time, but facts are she knows she’s been cheated on for years and is still with him. How is that strong? You know who is strong? Elin Nordgrin. She caught Tiger cheating, bashed his head in with a golf club and then dumped his ass and never looked back. That’s strong.