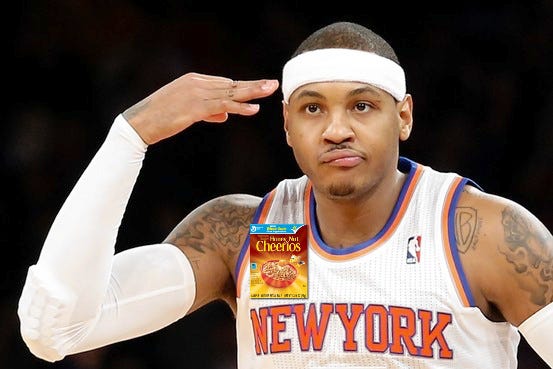 ESPN- The NBA announced Friday that the board of governors has approved a three-year pilot program to allow teams to sell a corporate logo on their jerseys. Teams can now start pitching companies on buying a 2.5-by-2.5-inch space on the jerseys as the NBA becomes the first major U.S. sports league to put ads on regular game-day jerseys. NBA teams had been wearing advertising logos on practice jerseys. The first year of the program will be for 2017-18, which also will be the first season that Nike makes the uniforms after taking over from Adidas. The Nike swoosh will appear on every jersey.

Sources told ESPN earlier this week that the average team hopes to make $4-6 million per year from new partnerships, which would equal $120-180 million per year in new revenue. The money will be counted as basketball-related income and, therefore, split with the players. The league announced Friday that jerseys sold at retail when the program starts will not include the corporate logo, though teams will have the option to sell a version that includes the logo.

I have been seeing a lot of hate about this over the last year or so and I really don’t get it. People are acting like the NBA is raising the rims two feet and banning the three point shot or something. People that constantly complain about non-intrusive ads are the absolute worst. I mean if hypothetically you had an app that played a DirecTV commercial every single time you opened a blog, that would be a valid complaint. But small ad on a jersey shouldn’t be that bad. Hell, soccer jerseys look just fine and all it’s basically just one big ad. As long as NBA jerseys don’t look like a NASCAR jacket, things will be fine. And even if they do, NASCAR jackets were the hottest thing in the streets a few years ago.

Out of all of the major sports, the NBA is definitely the good parent for the common man. Baseball has banned videos and Vines for years because they are apparently happy with the size of their fan base under the age of 25. Hockey was rumored to be banning GIFs before the playoffs started, constantly shoots itself in the foot whenever any real growth happens, and has now teamed up with MLB Advanced Media to handle their content. So I imagine the NHL will start resembling communist Russia in terms of media rules in the coming years. And I think we have had 25 life’s worth of anti-NFL and Goodell blogs on this site to cover that shit.

The NBA allows Vines and has always been forward thinking when it comes to stats, media, and coverage. More money for the league means more money to go into improving the league and not worry about what idiot bloggers like me are doing.  As more people move away from paying for TV and a la carte programming grows, leagues will have a hard time making the type of money they are making now for their TV game packages.  So I imagine this is one way the NBA plans to combat that loss of revenue.  Adam Silver is a weird looking son of a bitch, but he takes care of business and is by FAR the best commissioner on the planet.

Plus the NBA threw a bone to its broadcast partner at ESPN. Do you know how big of a boner this news probably gave Darren Rovell? Every single time a new sponsor is announced for a team, I imagine he gets an itch in his balls like the one you and I get when we read the name Kristy Althaus.

Okay, now that you are back from scratching that Kristy Althaus itch, let me finish this up. If/when the NCAA starts doing this as the players don’t get anything more than scholarships, we can bellyache for days. Because fuck the NCAA and it’s system. But if the NBA wants to start slapping ads on jerseys, let them. Their product is great and you know this will probably cause the NBA to dust off the great throwbacks of the past in some ad campaign. And if that happens, errrrrybody wins.

And since that blog kind of read like a book report and I still have blood from last night’s Shaq and Penny 30 For 30, here are my Top 10 NBA throwback jerseys from the 90s (moreso the jersey than the actual player). I also reserve the right to add any blatant omissions that I forgot at a later time.

Play for full effect while reading

10. Yes, the brown Nuggets jerseys are the ones you think of with Mutombo after the beat the Supersonics as an 8 seed back in the day.  But these jerseys + legalized weed would become the greatest tag team this country has seen since the Legion of Doom. 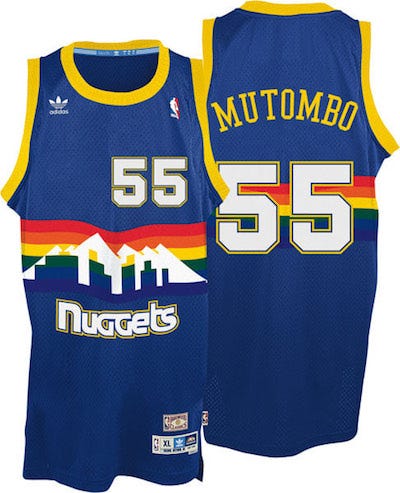 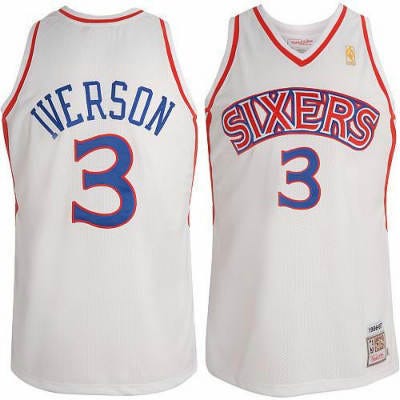 8. The white and red Bulls jersey were just classy as hell, probably because I watched MJ quietly gut my Knicks and the rest of the league while wearing them.  But the black with red pinstripes were bad ass.  I instantly became 25% more scared of the other Bulls when they wore black.  However, I was always 100% scared of MJ.  If you had a replica jersey without the pinstripes, it lost about 60% of it’s luster. 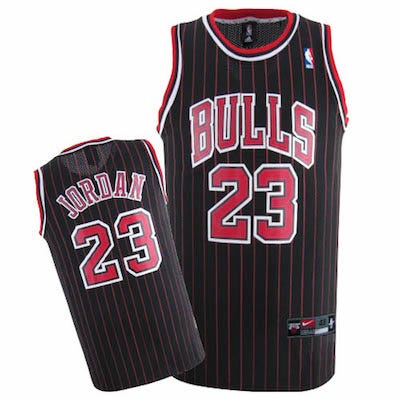 7. I am not sure if it is because my high school colors were blue and yellow, but that color scheme just does something to me. Also, the font and slant of Warriors is sexy.  The Rams need to bring back these colors ASAP (I know they are reportedly waiting to do this until they open their new stadium and for when they fire Jeff Fisher in 25 years. But still). 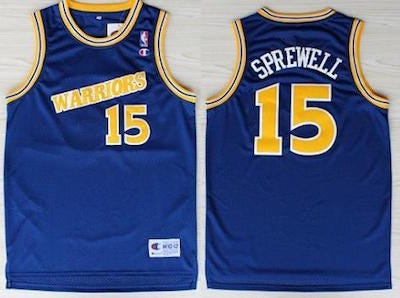 6. The blue Magic jerseys somehow get forgotten about because the blacks were such fire.  But that lightish blue just screams 90s.  And again, it’s all in the pinstripes. 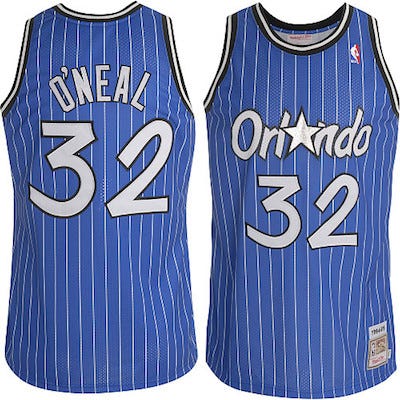 5. Kudos to the NBA for actually pulling off Raptors jerseys despite being purple and named after the 10th lead in Jurassic Park.  Again, the stripes help make it and the teeth with the name was INCREDIBLE. Obviously Vince Carter and TMac are the best two jerseys to have, but I will shake the hand of any man that has a Damon Stoudamire Raptors jersey. 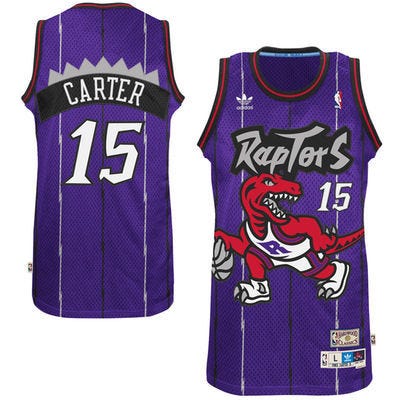 4. Hornets had the number 1 Starter jacket for sure because that color scheme and the logo was the tits.  The jerseys were great too, but I think it is one of the jerseys actually hurt by the stripes.  Seriously, what was with the 90s and striped jerseys? Strong block letters for sure, too. 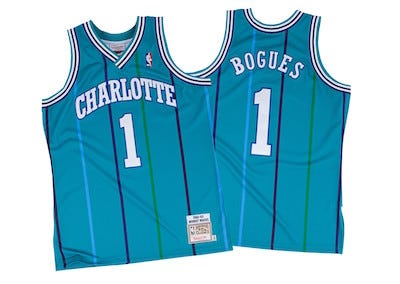 3. Not really sure what it is about this jersey, but it is simply beautiful.  There is probably some sort of art school explanation about shape, spacing, and design that explains why it is so great.  But my dumbass will just put it at three because it looks pretty and move on. 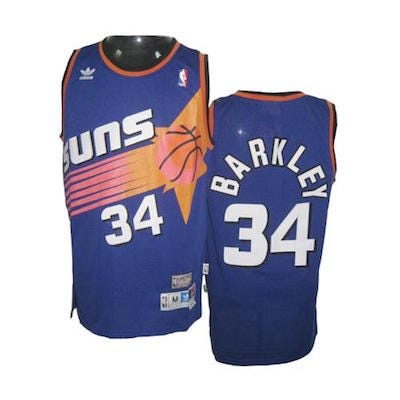 2. The arch and the colors made this a Top 10 jersey.  Shawn Kemp dunking on everyone on the planet, The Reign Man and The Glove being Hall of Fame nicknames, along with Gary Payton’s trash talking brought these all the way up to number 2. 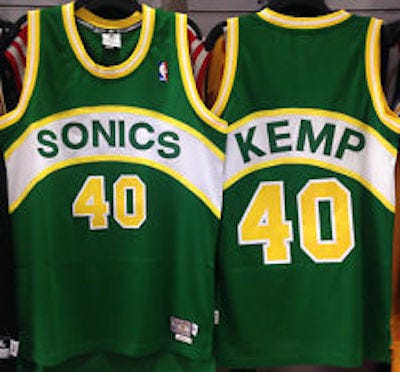 And since you made it this far, here are Shawn Kemp’s Top 10 Career Dunks. 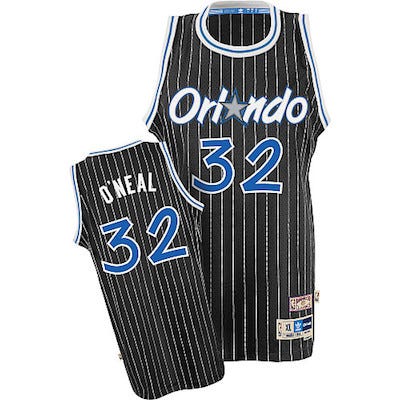 And three popular ones that I haaaaate but I know people love.

3. Somehow Grant Hill gets a pass as a Duke guy because he wasn’t insufferable in college and was probably the most talented pro to leave from there.  These jerseys get a similar pass because everyone loved Grant Hill.  If these jerseys came out now, Stan Van Gundy would form a fucking wall to keep them out of Detroit. 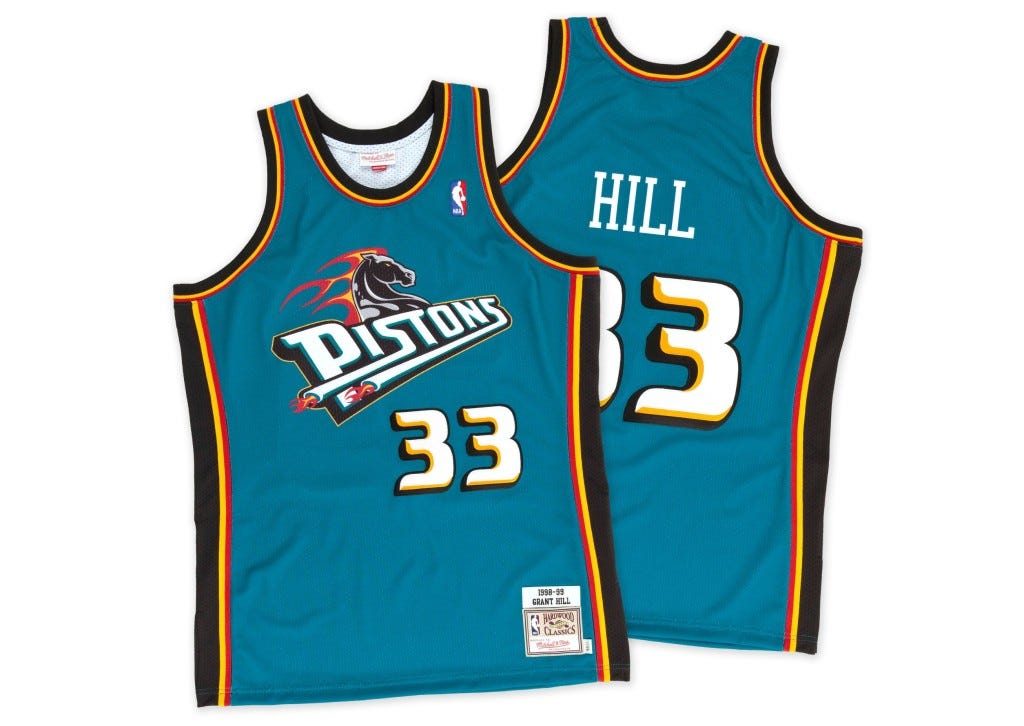 2. I just was never a Grizzlies jersey fan.  They are ironically fun, but like a billion losses in their first few seasons instantly makes me think of sadness whenever I see them.  Kinda like seeing the word “Cleveland” in everyday life. 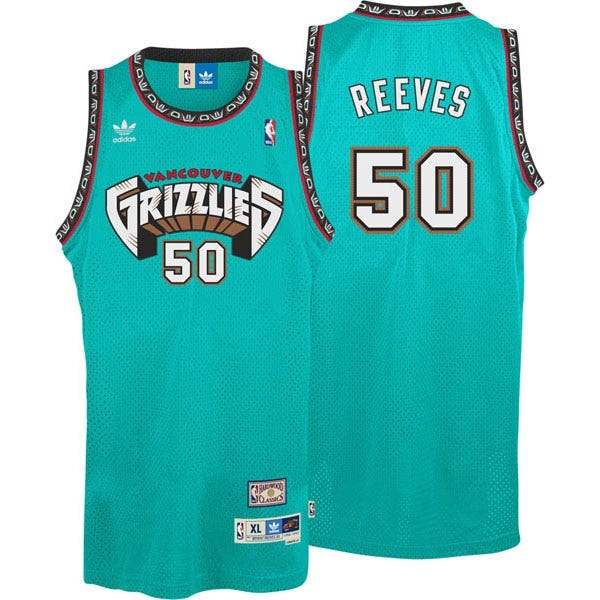 1. Speaking of thinking of sadness every time I see a jersey, that’s basically what these Pacers jerseys do to me.  It’s actually a mix of sadness and fear.  The replica Pacers jerseys didn’t have the yellow stripe.  So when you see the authentics with that yellow, they just look that much better.  Fuck Reggie Miller. 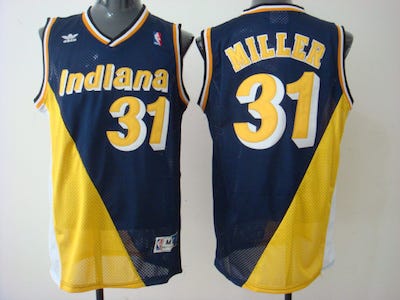 Friday Bonus:  Since it’s the end of the work week, here are a bunch of Lil Penny commercials to help finish the day strong.

“LOSSSS LOBOS!” gets me every time.

This had to be one of the most star studded Super Bowl commercials ever.  Tiger Woods’ number was probably in the low double digits back then, too.

Try not to laugh when Lil Penny makes that face at big Penny. You can’t.

The ridiculousness of this one always cracked me up. Shooting up a rocket with his broken foot. The 90s were a WILD time.

And between Lil Penny and the NBA on NBC song, this may be the best actual video of all time.

The Air Penny 2s were the only thing in the 90s hotter than Tyra Banks and I neeeeed Nike to release this color scheme before I settle for the white ones that are out right now. 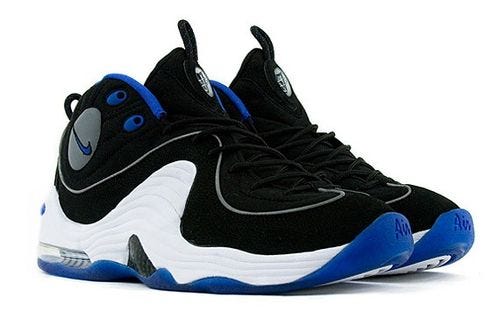 I also had this poster as a kid and still have a Lil Penny to this day.  Yep, I was beating the girls away with a stick back then. 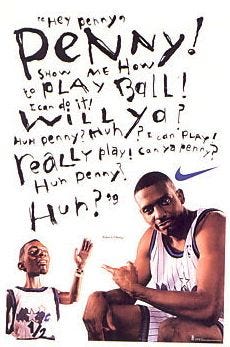