WaPo - “Jeopardy” host Alex Trebek was in D.C. on Saturday to tape five episodes of the game show’s Power Players Edition at DAR Constitution Hall. During a commercial break, the Canadian-born Trebek talked hockey with the 6,000 fans in the audience and shared his predictions for the NHL playoffs. Trebek, who grew up a Red Wings fan because of Gordie Howe and later shifted his allegiance to the Montreal Canadiens, picked the Capitals and the Kings to meet in the Stanley Cup finals, with Washington winning it all.

First of all, Alex Trebek now has one of those beautiful old man voices that should be doing voice-overs and narrations for every History Channel documentary. Apparently when he’s not being snarky to game show contestants there’s a smooth, Morgan Freeman-esque voice coming out of Trebek there.

And second of all, this is the 2nd thing in 2 days that has made me nervous about the Caps. It’s none of the on-ice things, it’s these off-ice things that keep building. I don’t like being the favorite. I don’t like having Trebek on the Caps bandwagon. He’s been the butt of far too many SNL jokes for my liking. Plus, we already have Sajak. Pat Sajak and Alex Trebek can’t be on the same bandwagon. That’s the biggest problem here. Sajak is a season ticket holder. You need balance in the force. Trebek and Sajak on the same side is screaming trouble. If you think I’m already trying to find an excuse, you’re absolutely right. I don’t think Trebek and Sajak can root for the same teams and have good things happen. I hope I’m wrong though.

When it comes down to it, there’s only room on the Caps bandwagon for one crazy old man

Hell yeah fucking right, Larry King bitches! I need Larry King to put Trebek in the camel clutch and tell him to go pick another team. Suck it Trebek, suck it. Larry King is a lifelong Caps fan (Fun Fact: the Caps were founded on his 75th birthday) and should be the first person to lift the Cup after Ovi.

PS: My face when someone else picks the Caps to win the Cup 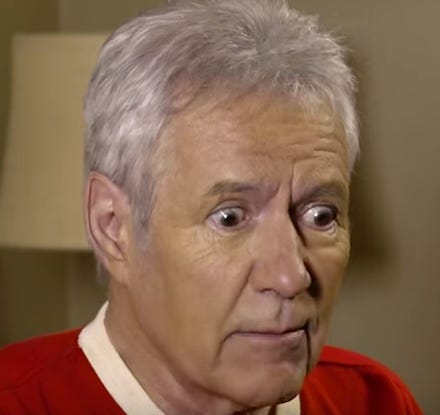 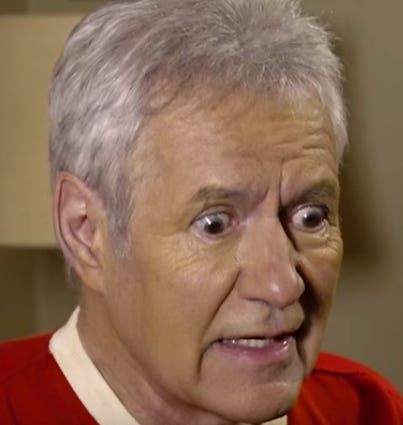