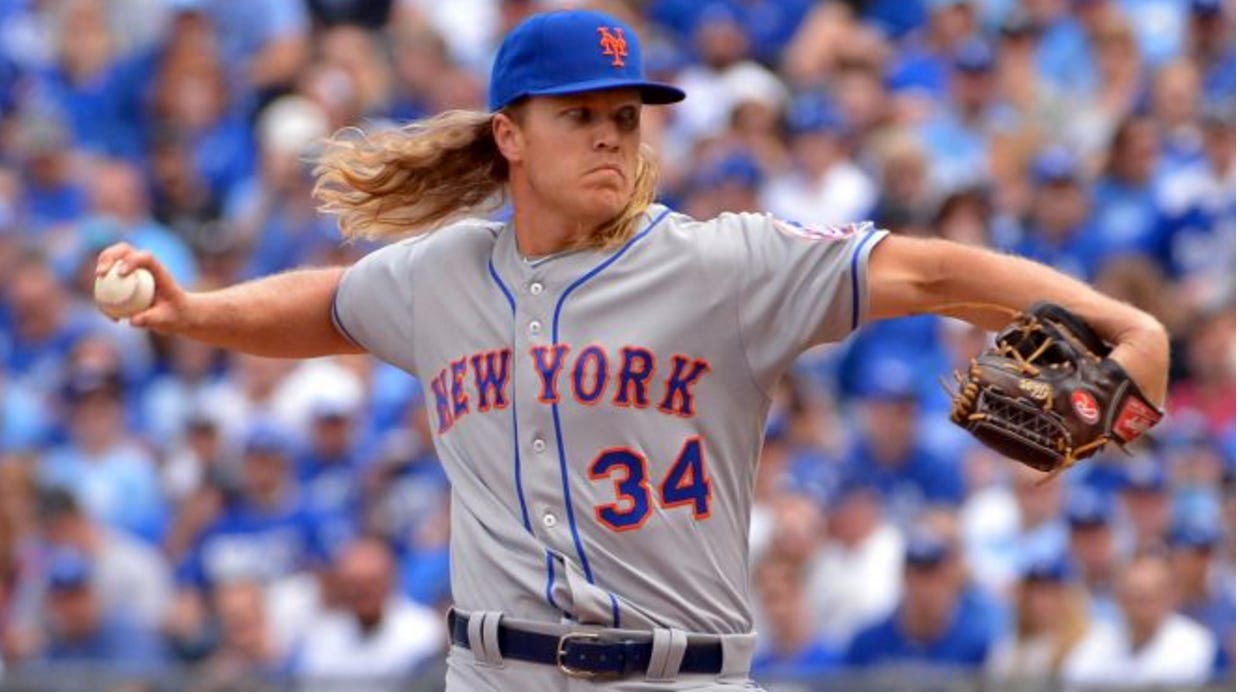 Fox Sports – In a 2-0 shutout of the Royals on Tuesday, the Mets‘ second- or third-best starting pitcher, Noah “Thor” Syndergaard averaged 92.4 miles-per-hour on his slider against the defending World Series champs and topped out at 95 — a new high for the 23-year-old. “I have never thrown a 95-mph slider before” Syndergaard said, per the New York Post. He lasted six innings and struck out nine on the day. Royals manager Ned Yost offered this assessment after designated hitterKendrys Morales‘ bases loaded at-bat in the sixth inning when Syndergaard retired Morales with three sliders, including the one that hit 95 (watch the putaway pitch above). “There is no man alive who could have hit those three sliders [Syndergaard] threw to Morales,” Yost said. “I don’t think I have ever seen a 95-mph slider. George Brett was in here [his office] and I asked him if he could have hit that, and he said no way.”

Is anybody surprised? Planet earth is like Triple A for Thor. Back on his home planet Asgard, 95 mph sliders arent a big deal. Odin can hit a 95 mph slider 500 feet. Loki can take a 95 mph slider the other way for a basehit.

But mere mortals? Here on this earth? A 95 mph slider is untouchable. There’s legitimately nobody alive that can hit that ball consistently. Close your eyes and swing the bat and anything can happen, of course. But there isnt any batter alive that could consistently hit that. Hell, maybe even dead. Did they even throw 95 mph back in the Babe Ruth days? George Brett, Teddy Ballgame, The Babe, dont care who it is. Its unhittable.

Get used to it, folks. This kid doesnt even know how to pitch yet. At 23 years old, he still hasnt even begun to develop his craft. When he figures out how to truly pitch and not just throw, he’s going to launch into an entirely different stratosphere. He’s got the frame, the skills, and the swagger to be a DOMINANT pitcher for the next decade. I almost feel bad for the rest of baseball.