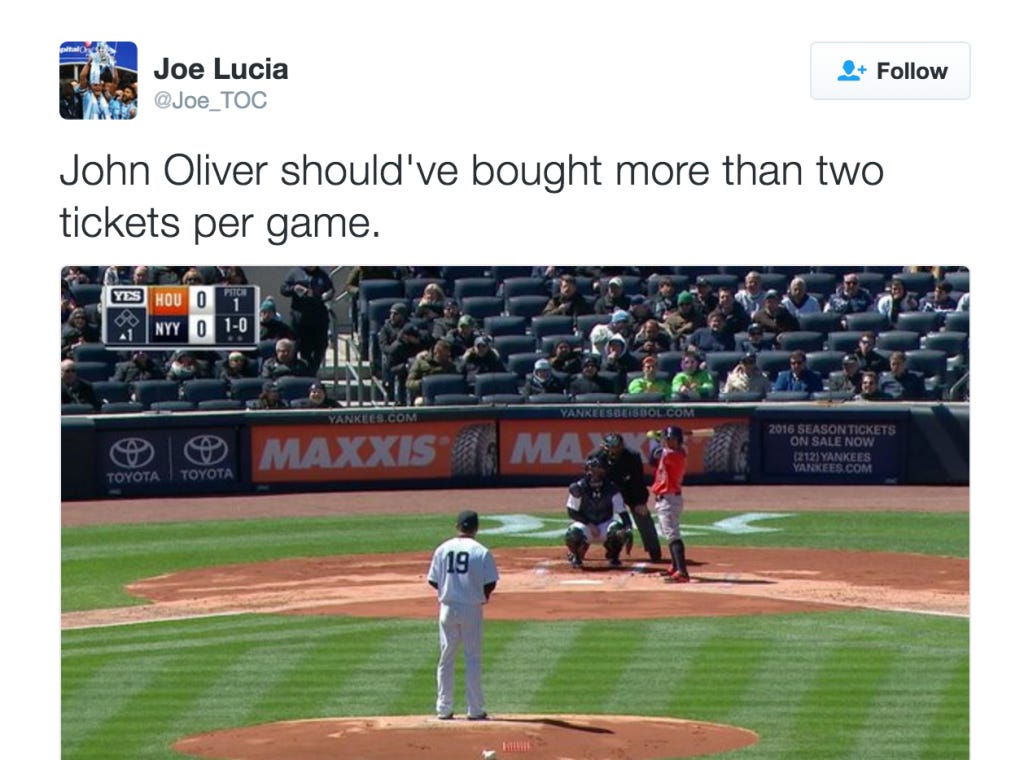 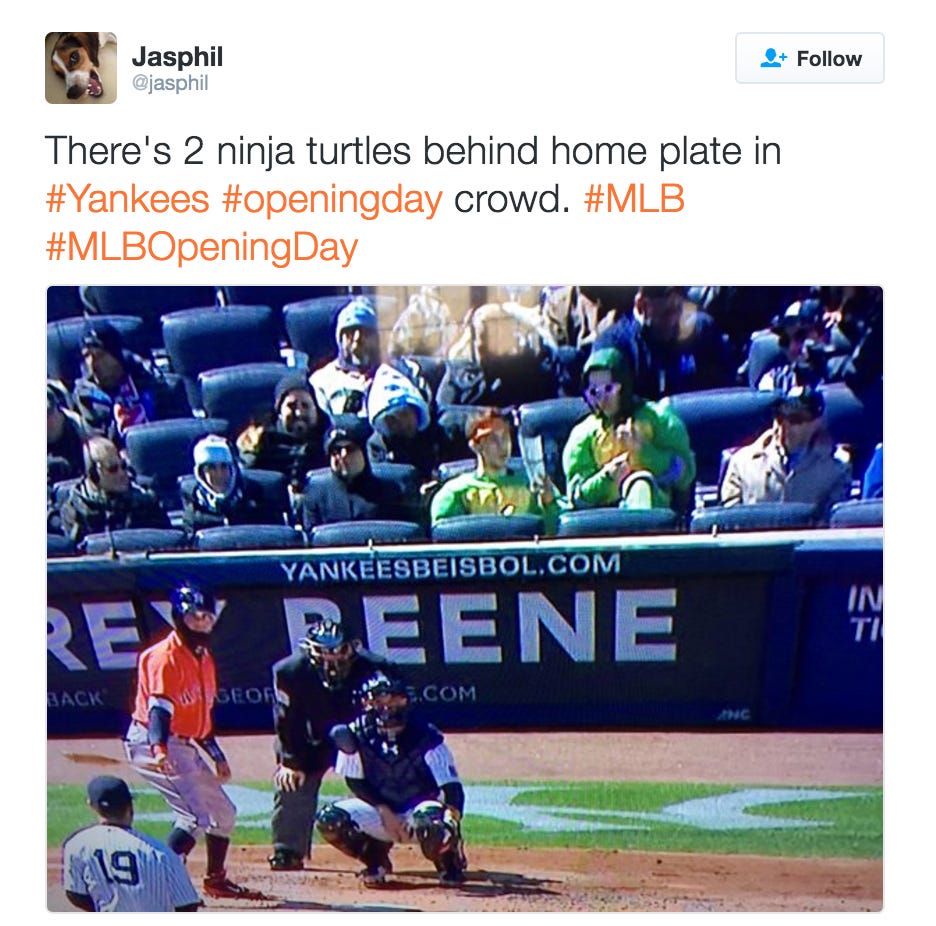 JJ blogged about John Oliver buying two Legend Suite seats and giving them away because Lonn Trost doesn’t want your tired, your poor, and your huddled masses down with the 1%ers behind home plate. So now instead of just having idiots like you, me, or JJ finding a way to weasel down there along with people dressed like empty seats, the Yankees will now have mongoloids wearing absolutely ridiculous outfits right behind home plate and squarely in camera range. And I love it. Basically a different, somehow every more ridiculous version of Marlins Man sitting in seats that are probably more than my mortgage. And while this could make the Yankees broadcast infinitely more likable (despite having dickboy Michael Kay on the mic), the mere thought of Lonn Trost and other Yankees suits seeing idiots like this and yelling like Terry Benedict after his vault was robbed will make any Yankee hater smile from ear to ear. Now it’s up to the other people that get the tickets to make a couple of Ninja Turtles the least ridiculous costumes we see this season. 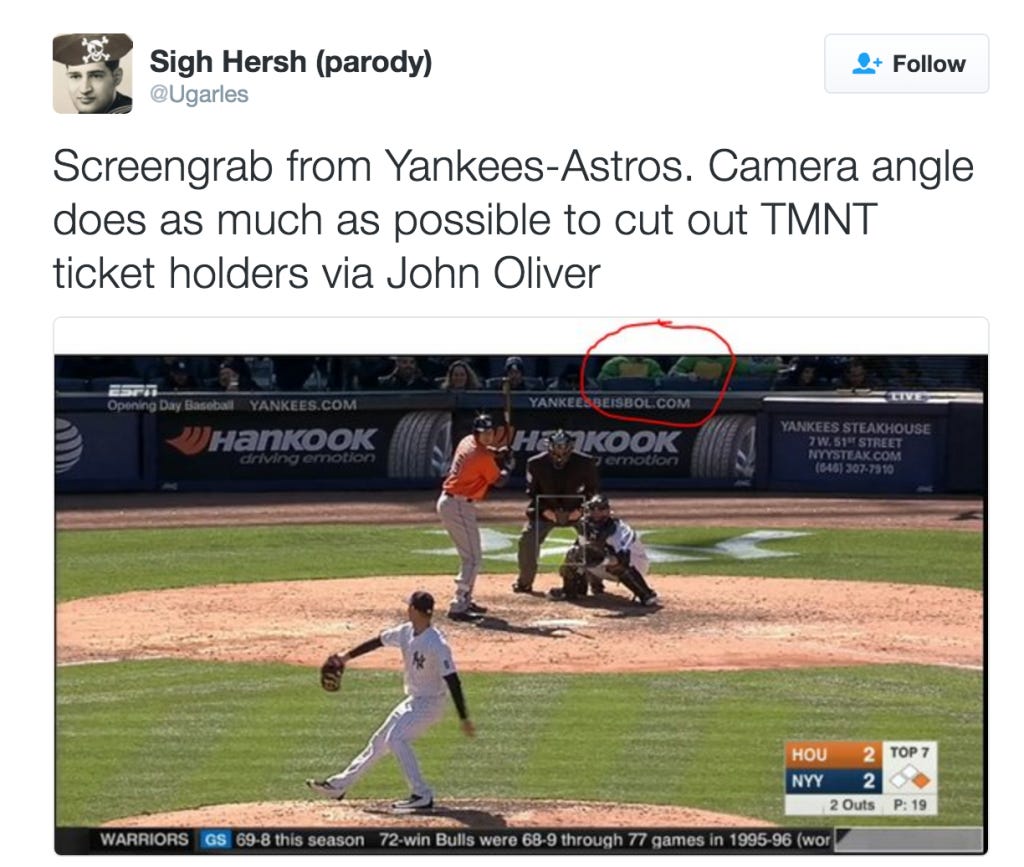