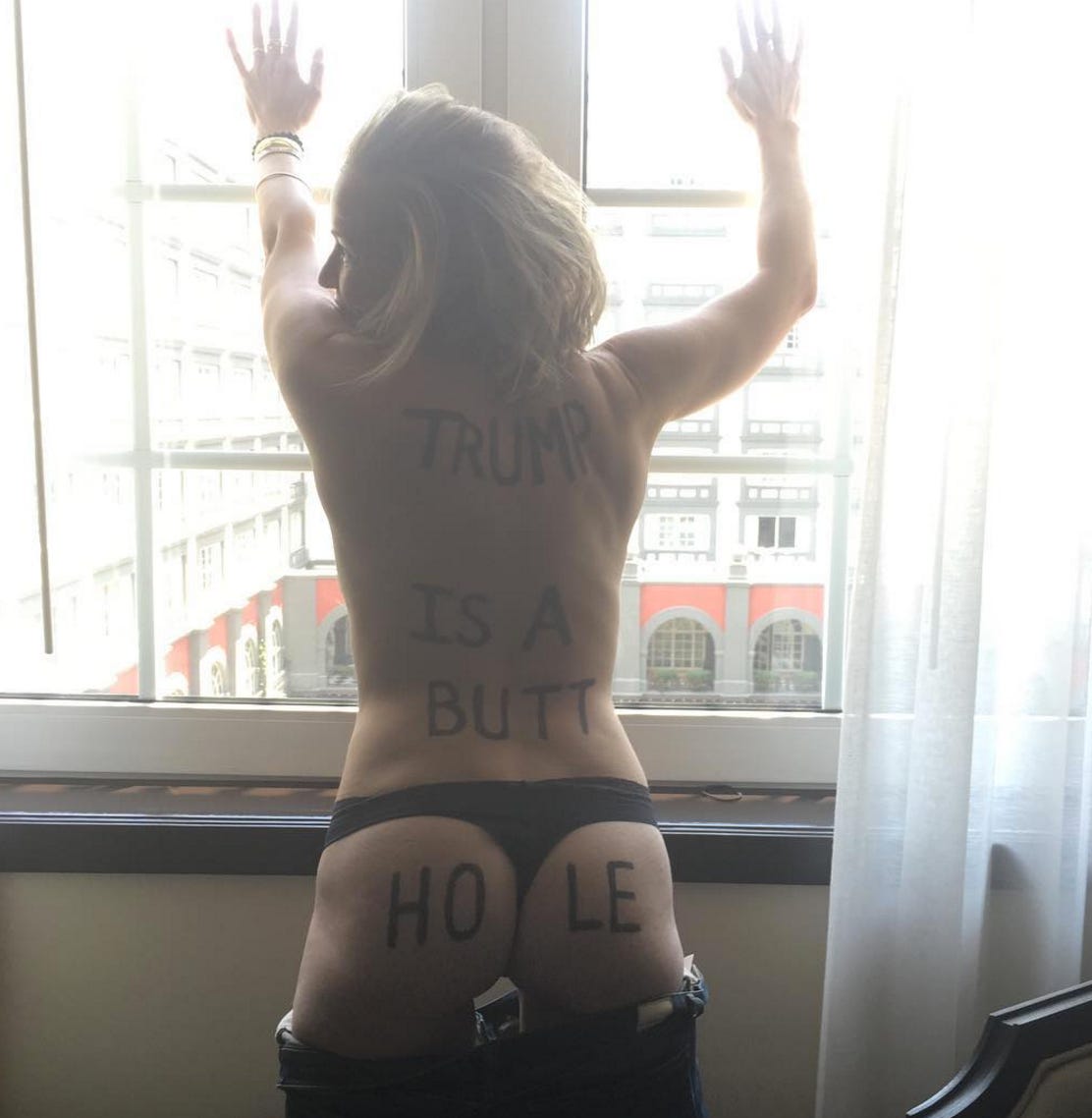 Page Six – Chelsea Handler has a cheeky message for Donald Trump. On Monday, the comedian posted a topless photo to Instagram with “Trump is a Butt Hole” written across her back and butt. “Sometimes we swim above water and sometimes we swim on the sea floor. I’ll meet you wherever you are,” she captioned the snap. This isn’t the first time Handler, 41, took shots at the GOP front-runner on social media. Over the weekend, the “Chelsea Does” star posed with a Trump-inspired pinata, telling her 5.8 million followers that she spent her day in Aguascalientes, Mexico “trying to find a good tree for this a—–e.” One day prior, she pleaded for Trump, 69, to confess that his entire campaign had been a sham. “Here’s to April fool’d and to [Donald Trump] announcing this has all been a f—–g joke.”

Hey listen political affiliations aside, I think we can all agree this is how we should hash out our differences. Call each other buttholes and get half naked. Love Chelsea Handler just fighting fire with fire. You wanna play in the mud, Donald? Take shots at wives and tweet out ridiculous propaganda videos and shit? I’ve had enough! Someone get a Sharpie and write “butthole” on my cheeks! Time to get nuts!

Thats where we’re at with the election. The fact that pulling your pants down and writing on your ass is perfectly in line with the campaign tactics for the GOP frontrunner is pretty goddam wild.