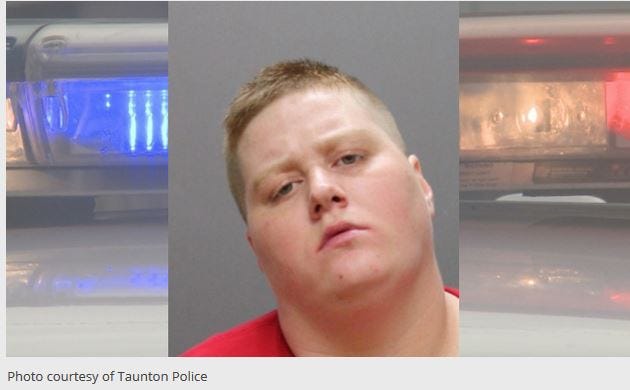 TAUNTON, Mass. (WPRI) — Police in Taunton have arrested a robbery suspect – but the case played out a little differently than investigators originally expected. Kristine Joyce, 29, of Brockton is charged with a single count of armed robbery. Police said she walked into a Taunton CVS Pharmacy, gave the impression she had a weapon under her shirt, and asked for $30. The store employee described the suspect to police as a heavyset man and after reviewing security footage, police confirmed the description. An off-duty officer reported seeing a person matching the description near North Walker Street and alerted police that the suspect was nearby.Police didn’t realize the suspect was actually a woman until they were handcuffing her.