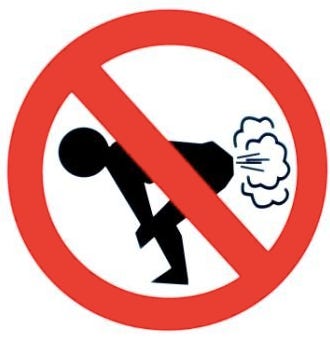 (Source) — A man in Laholm, Hallan County in Sweden was reported to police because he farted after the woman he was with denied to have sex with him. She reported the incident to the local police saying that his “revenge fart” disturbed her peace of mind. The incident was described as such by regional newspaper Hallandsposten, which wrote that the man had visited the woman’s apartment on Sunday. The man and the woman, whose names were not released to the public, had talked of having sex in a different occasion, but they are not in a relationship. According to the woman, the man visited her in her house with the desire to have sex with her. When she refused to indulge him, he simply farted and left. “It smelled very bad in my flat,” the woman said in her police report. The police spokesperson said that they had an obligation to check if criminal actions were involved. But the incident was not investigated further. The news just made it to the local papers.

So I love what this guy did. There’s gotta be some kind of punishment for messing with a man’s penis brain and going back on your word. I’m not saying it’s gotta be severe, but just a little something to let them know you’re upset. A revenge fart perfectly does that. You’ve gotta deal with your blue balls, they’ve gotta deal with the fecal matter and shitty air in their apartment. Everybody loses which means you win.