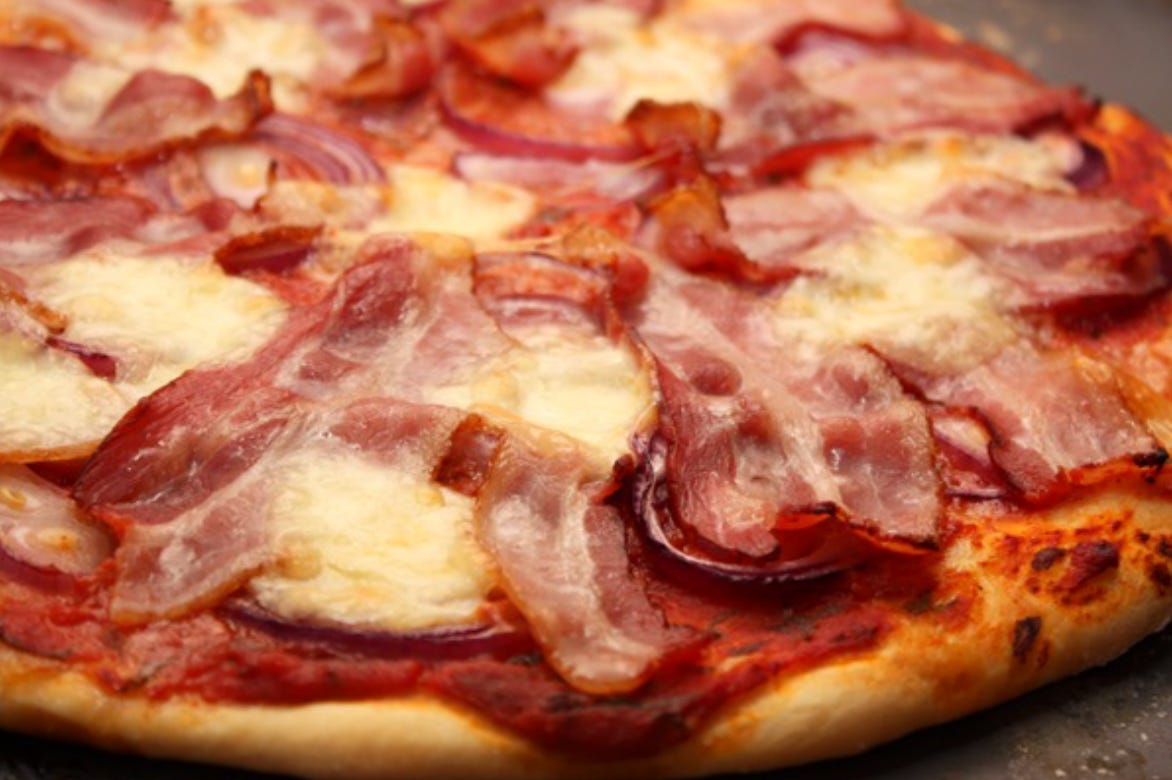 HARTFORD, CT (WFSB) – A problem with a pizza delivery order resulted in a 911 call to the Hartford Police Department. The unidentified woman called police after receiving an incorrect order from Empire Pizza House on New Britain Avenue. The woman told police that she ordered a small pizza with half cheese and half bacon. However, the delivery work brought her a pizza pie with half hamburger. When the woman called Empire Pizza House back, she told police that they would not reimburse her. “OK, that’s not a police matter ma’am. You’ll have to work that out with the pizza shop,” the 911 dispatcher said during the emergency call. The woman asked for help. “So you cannot even call them or something,” she said. The dispatcher said they could not call the pizza shop for her. “If you go over there you can call and have an officer meet you there, but an officer is not just going to call them and ask them to give you your money back. If you want to go back to the pizza shop and wait outside I can send an officer to talk to you,” the dispatcher said. The woman agreed to meet the officer outside Empire Pizza House.

The balls on that pizza place for not reimbursing this lady after such a horrific error is a joke. She was right to dial 911. That’s a bigger miscarriage of justice than any crime this side of Steven Avery. Did she pay for hamburger on her pizza? No, she paid for bacon on her pizza so she should get bacon on her pizza. Those are two very different things. For the pizza place to throw up their hands and be like, “Well that’s life, lady. No reimbursement” is gross. It sets a bad precedent. We can’t have pizza places playing fast and loose with our toppings. “Oh you ordered a pepperoni pizza? Well here’s a black olive-covered pizza. Deal with it.” They need to know that this customer is always right and that bacon is better than hamburger. I’m telling you, it’s a slippery slope if we don’t nip this in the bud right here right now. Calling the police was her only choice. It was either that or toss a Molotov cocktail through their front window. But she didn’t do the latter because she’s not a barbarian unlike the people who think hamburger and bacon are the same thing. Power to the people.