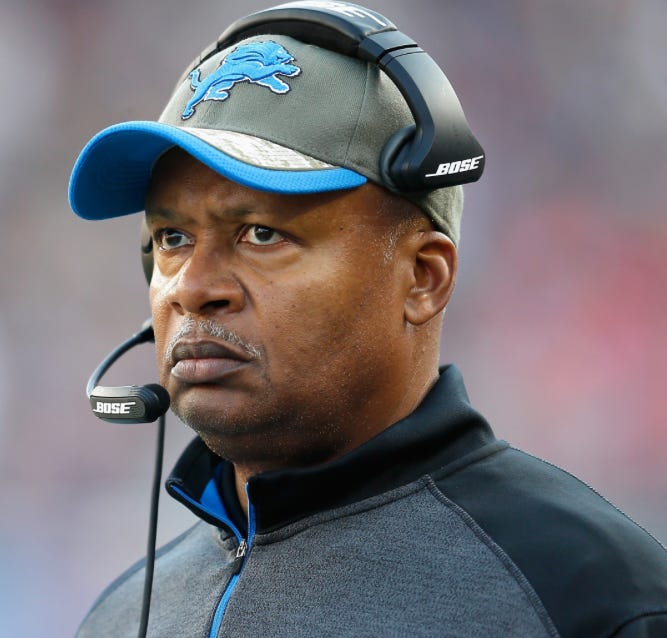 Detroit Lions linebacker DeAndre Levy has taken to Instagram in recent weeks to voice his concerns over the NFL and the lack of transparency with which the league has handled brain-related injuries in players.

“I think we, as players, have to acknowledge it and talk about it in a real way and demand answers. And talk about it now. I’ve heard people say they wouldn’t let their kids play football; that says a lot about what current players think and feel about the safety of football. Compensation isn’t an excuse to hide or downplay the facts. We need to know the risks and the rewards. This is an area in which the league has failed its players. Not only never talking about the risks, but some people going a step further to deny and cover it up. It’s imperative to help make players, current and future, more aware of all of the challenges they may face as a result of the choice to play football. We need to have the opportunity to really understand what each other may be going through. It’s scary to think I may have CTE.

“I’m going to pull a Jim Caldwell and drop a quote that resonates with me: ‘Silence is an action.’ That’s why I feel the need to say something. If I say nothing, I’m condoning the misinformation that’s spreading. While the research of medical experts and doctors tells us there potentially is a direct link between football and CTE, voices continue to emerge telling us otherwise. And you have to question why. What IS the harm in being transparent about the depth of risks that accompany this sport?

If this is in fact a quote that Jim Caldwell actually goes around and says to people then my day was just made. Talk about motivating a team. I’m ready to run through a brick wall right now. Just need my Jim Caldwell quote of the day and I can accomplish anything. Like being silent. I got that down now. You can always be your most active by standing still and doing absolutely nothing. Never speak, or move, or even breathe. Death and silence both are actions. People forget that. 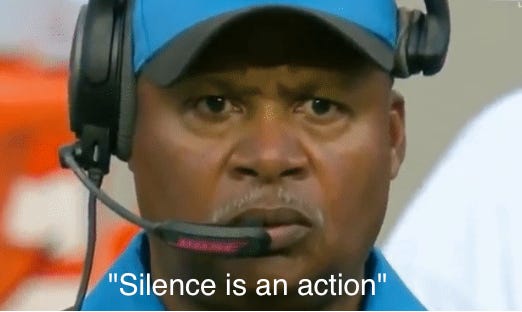