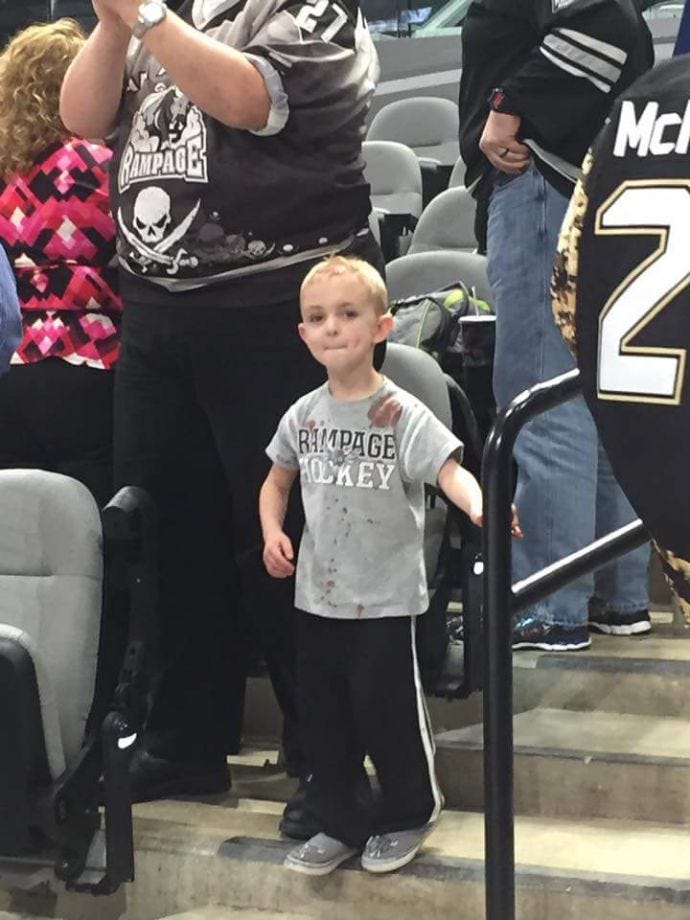 MySanAntonio – While other San Antonio kids on Easter were being hit by cascarones, a little Rampage fan took a blow from a hockey puck at the Rampage game on Sunday, had to be rushed to the emergency room for stitches and still made it back to the ice to see the team beat the Texas Stars in overtime, 3-2…

…AT&T Center paramedics advised the Evans that James’ cuts would require stitches, so they took him to Children’s Hospital of San Antonio, where he was only worried about one thing. “He told the doctor ‘Can you hurry so I can go back to the game,” David Evans said. 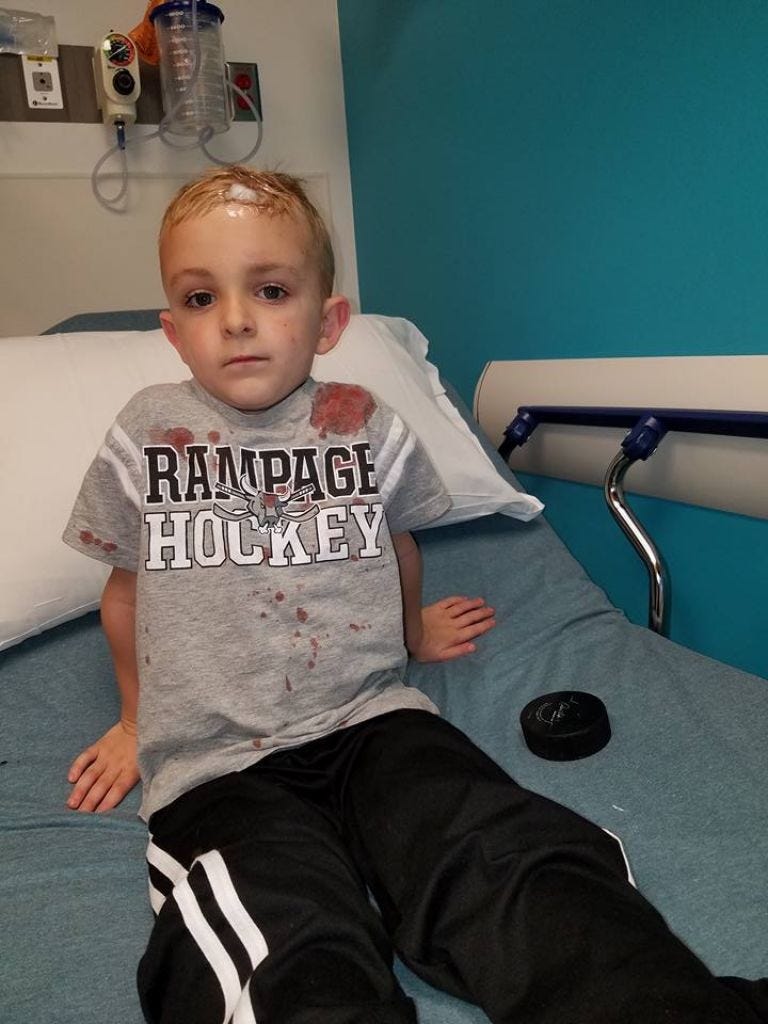 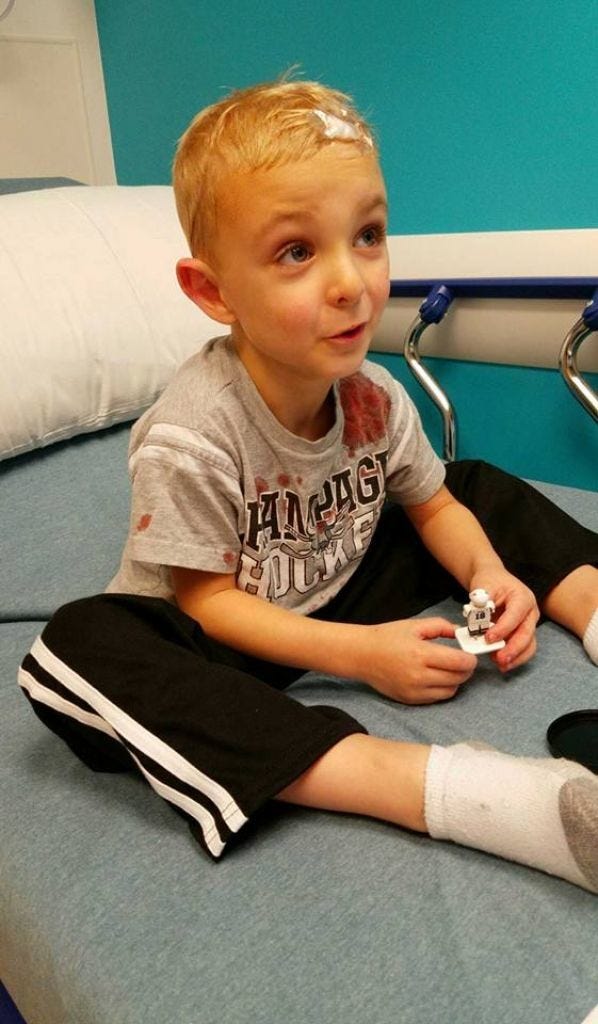 I’m not here to say that if this happened to LeBron James that it would end his season and/or possibly his entire career. I’m not here to say that soccer players would ask for the doctors to just pull the plug if this were ever to happen to one of them. All I’m here to say is that little James Evans is a certified bad ass. The little man epitomizes the phrase Hockey Tough. So he takes a shot to the dome and is gushing blood everywhere. Who gives a shit? Staple me shut, Doc, I gotta go watch the boys get the W. That’s all he cares about. He’s FTB. He’s For The Boys. It’s not just something he talks about. It’s a lifestyle that he lives out every day of his young life. There’s a strong chance that the Rampage end up losing that game in overtime to the Texas Stars if James doesn’t get back to his spot along the glass. But he put on his big boy pants, strapped up his velcro shoes, put on his game face and willed them to victory.

As for the blood stained shirt? Well that’s just James’ hockey shirt. It was only a matter of time before a little blood spilled on there. And I guess it’s better that it’s his own blood instead of the blood of another 5-year-old after he’s done beating the snot out of him in the stands. Kid probably has every girl in his Kindergarten class just lining up to hold his hand right now. If there’s one thing that chicks love, it’s a bad boy with some bad boy scars.