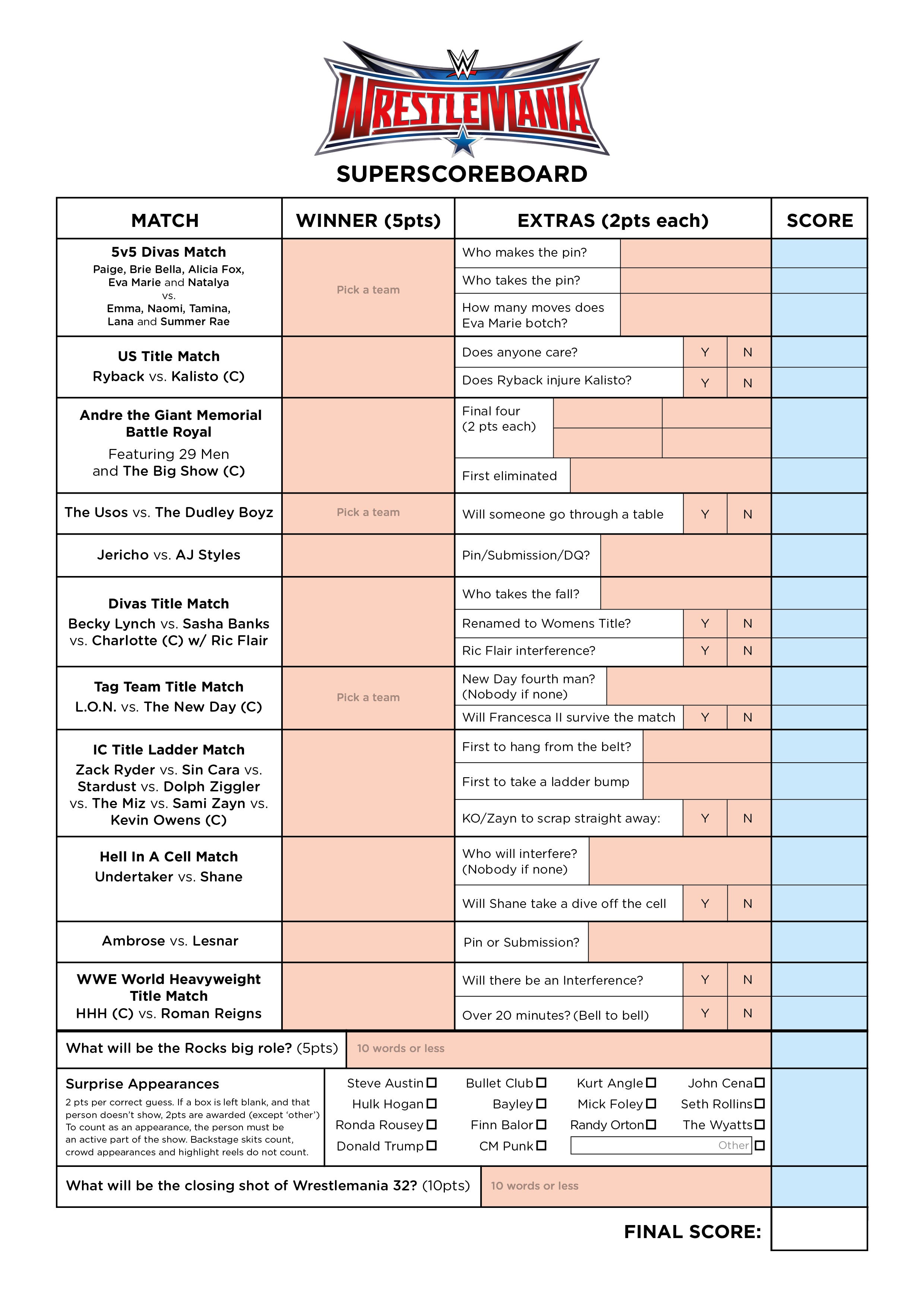 This scorecard is brought to you by Reddit user thatsaltyleavestune. And it’s wonderful. (Imgur link here)

I’ll have my full Mania preview blog on Friday before hopping on a bird to Dallas bright and early on Saturday morning, but here is my scorecard as of right now: 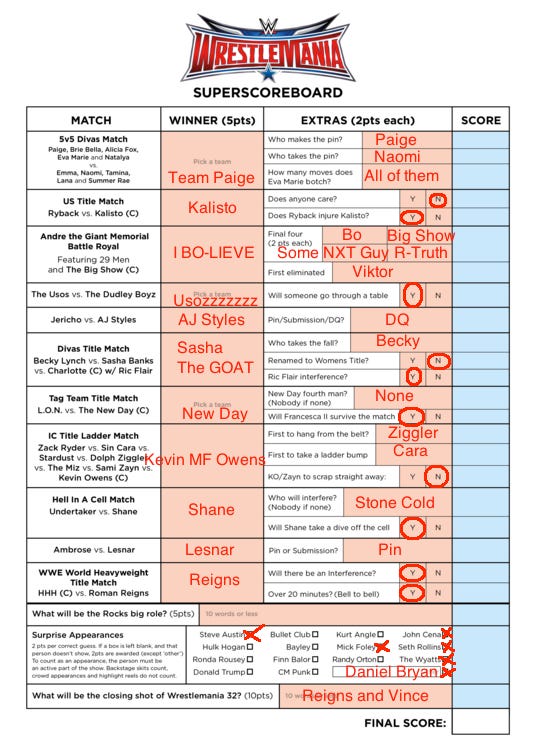 I’m picking Bo motherfucking Dallas to win the Andre the Giant Battle Royal. Oh it’s true, it’s damn true. Bo is awesome and him winning this and being able to brag about it in promos for the rest of his career would be incredible. I hope WWE is smart enough to realize this. (LOL amiright?)

I don’t know it’s too early for Sasha to have a Wrestlemania moment. But I love Sasha and think she will main event a PPV within the next two years if they really let her shine. If Sasha doesn’t win then obviously Charlotte retains.

If Zayn wins the IC ladder match I’d be pissed. KO is the future. Ziggler winning would be a nice touch but what does that really do that hasn’t already been done?

Going out on a limb and saying Stone Cold helps Shane. I don’t know, let’s just go with it. But I think I already want to change that to Undertaker winning. Shane beating Taker doesn’t make sense. Yeah, change that to Taker for me.

And finally, which I’ll explain more on Friday, it’s time Reigns turns heel, aligns with Vince, and we get the face HHH vs heel Vince feud we need. Double turn in the main event of Mania, YES! YES! YES!