This is fucking stupid. Not Kris Bryant’s involvement in it, obviously. He’s an awesome dude, who was trying to do a solid for a Cubs fan, so good on him. But I looked at the prom couple’s Twitter pages, and they’re boyfriend and girlfriend, and arguably the sappiest high school couple of all-time. Bro, you don’t need to go the extra mile to ask your own friggin’ girlfriend to prom. That’s the shit you bust out for the hottest girl in school when you don’t stand a chance if you just ask normally. 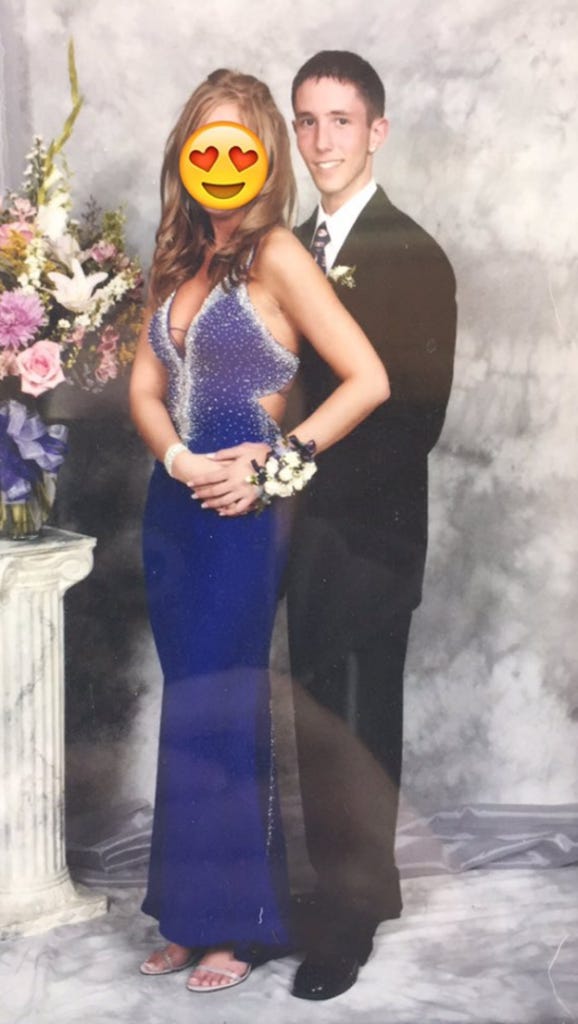 I wasn’t a prom guy, if you couldn’t tell. I don’t do proms. My junior year, I took the senior who won the class superlative for life of the party. Genius idea. I take a hot girl, take a few pictures so it looks like we had a great time (barely spoke to each other), she’s the life of the party so she can go off and do her own thing without being up my ass all night, I can go outside and listen to the Red Sox game on my portable radio (true story), and then maybe some people will think I banged a hot girl on prom night (I didn’t). And yes, that’s a Red Sox tie. No fancy promposals from me. Just a good old fashion business decision.

UPDATE: Might have to go in for the kill ten years later.