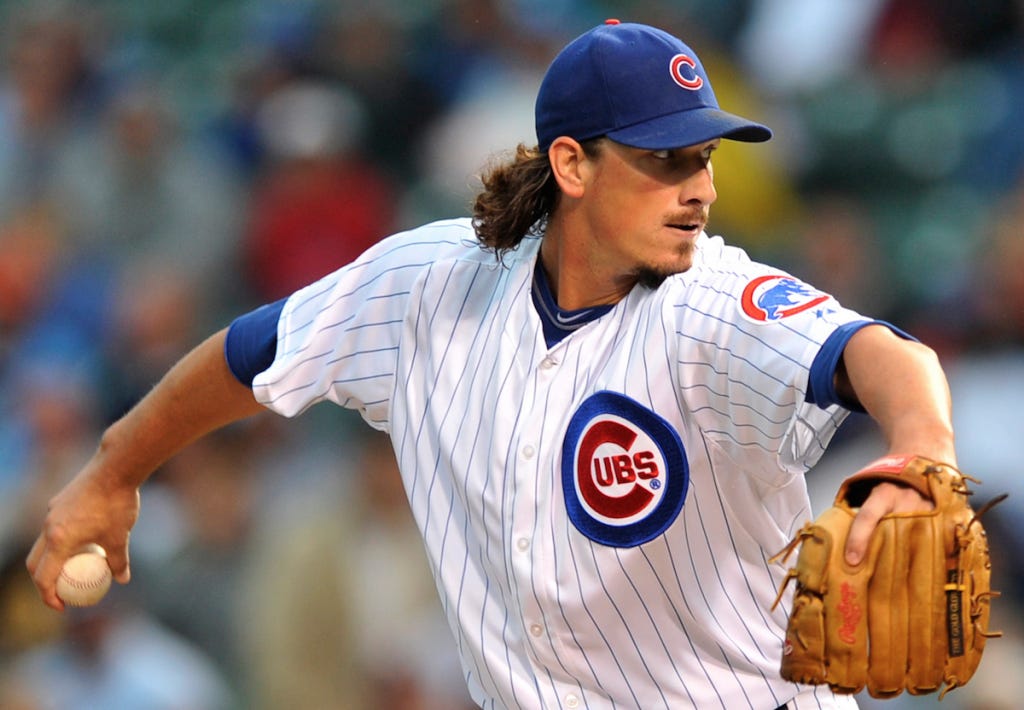 Longtime Cubs fans have been here before. They know what it feels like to have their young star players on the covers of magazines with writers predicting that this is finally going to be the year that they win the World Series. So far, 2016 has been another one of those years. Could this finally be the Cubs’ years? Some people think it could be.

If it is, a large reason for that will be the young core that Theo Epstein put together after becoming the team’s president at the conclusion of the 2011 season. Jeff Samardzija, who pitched for the Cubs from 2008 until midway through the 2014 season, wasn’t buying what Epstein was trying to sell him, at the time, in regards to the Cubs’ future.

“If I had a fortune teller,” Samardzija told USA TODAY Sports, “I probably would have stayed. But you have no idea, man. I remember coming up, it was always the talk about prospects. It was the easy thing to do. You can always sell the future, and people always buy it. It’s a great way to rebuild, and I understand that. But as a veteran guy, it was becoming a joke. I just got so sick of hearing about it. They had to do what they had to do, but as a professional, you always want to be competing, not hearing some rhetoric every year.”

“It was a risky plan, right, counting on the draft and Cuban guys and things like that,” Samardzija said. “They spent money to get guys. They hit on the guy Bryant who’s a difference maker. (Anthony) Rizzo came on. Now, they’re rolling.”

During the 2014 season, the Cubs offered Samardzija a five-year, $80 million contract extension, to which he turned down for the aforementioned reasons. He was tired of hearing about how good the Cubs were going to be, when he had just been through five consecutive last place finishes that were managed by four different managers. I mean, can you blame him? Sure, you can hear an executive out when they say that they have all these great prospects in the pipeline, but prospects miss a lot more than they hit, and even the ones that hit take some time. Time that I’m sure Samardzija felt like he didn’t have much of, especially if his main goal was to win a World Series. If I were Samardzija in the summer of 2014, I’m not signing up for five more years of that, either. But man, that’s gotta be a shitty feeling to be wrong about that call.

Ultimately, the right-hander ended up signing a five-year deal and got an extra $10 million out of it, and with a pretty damn good team in the San Francisco Giants, too. But if he had the choice of which team he’d rather pitch for right now, he’d be stupid not to pick the Cubs. And that’s not a knock on the Giants, either. Like I said, they very well could continue their trend of winning the World Series every other year. But for a guy who grew up not too far from Chicago, to be a part of being on the first Cubs team to win a World Series since 1908, who’s saying no to that?