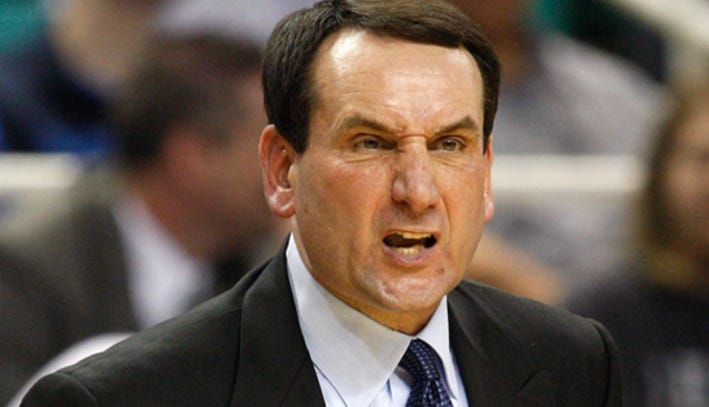 first win at Cameron Indoor Stadium – was reason to celebrate. Or was it?

Zabian Dowdell, who had 20 points and five steals, told The Roanoke Times that after the game, Duke coach Mike Krzyzewski scolded him for celebrating.

“He just told me I’m too classy of a guy to be carrying on like that,” said Dowdell, who reportedly bumped chests with a teammate and “popped his jersey in front of the Cameron Crazies,” according to the Times.

On Monday’s ACC teleconference, Roanoke Times reporter Mark Berman attempted to bring it up, but was interrupted by Krzyzewski – repeatedly.

“I understand you did speak to Zabian Dowdell about how he was celebrating,” Berman started. “No, no, I just congratulated him,” Krzyzewski said. “I respect the heck out of him. He’s a great kid and that’s enough said. He was fabulous. That’s the main message that was made.”

“That’s all I’m going to say about it because I admire the kid and I admire the program and it was a [great] win for them and I’ll say that forever.”

“That’s all I’m going to say about it,” Krzyzewski said.

“What I say to players is always said with the greatest deal of respect because I respect our opponents immensely and the kids who are playing the game.”

Let’s see. Duke losing a game, Check. Coach K acting like a dickhead and “teaching” the other team after his team lost, even though it was just a kid being excited about a win, something Duke players do all the time? Check. Coach K getting confronted by reporters and lying to their face and implying the 19 year old kid was somehow not telling the truth? Check.

Did we hit it all? Seems like we did. The exact same situation that occured over the weekend happened back in 2007. Did anyone in the mainstream media bring this up? I didn’t see it. Instead they took Coach K’s non-apology apology and said he it was enough for them. America’s Coach made a mistake, he kind of sort of apologized, let’s all give him a pass and move on. Just gloss over the fact that Coach K has literally been doing this shit for years and the only reason it’s a thing now is because he got called out with video proof. He’s not sorry, he’s sorry he got caught. Unbelievable. Truly unbelievable the ball washing this guy gets year in and year out.

And understand this, I’m not saying Coach K isn’t a great coach. Of course he is, he’s a Hall of Famer and probably the best College coach of all time. All I’m saying is every other coach gets called out for shit like this and somehow someway Coach K always gets a pass. Bo Ryan got crucified for his post game comments last year. Bill Belichik routinely gets chastised for being surly with media. Coach K actually displays true dickhead behavior, coaching other team’s players, lying, and throwing kids under the bus, and what do we get? Crickets. It’s so fucking stupid. Coach K is a fantastic coach as well as a tremendous dickhead and sore loser, if everyone would just openly admit those three things can all exist together and stop pretending this guy is a saint, the world would be a better place.

Oh and he’s also a blatant hypocrite, throw that on the pile as well. 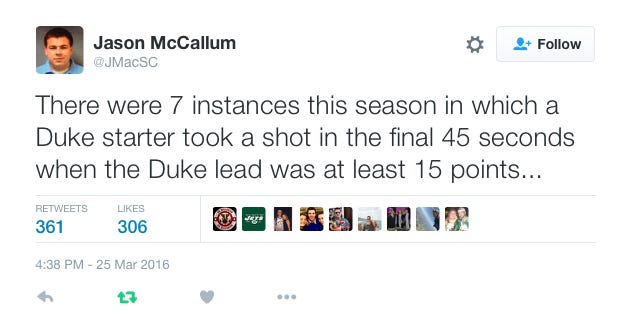 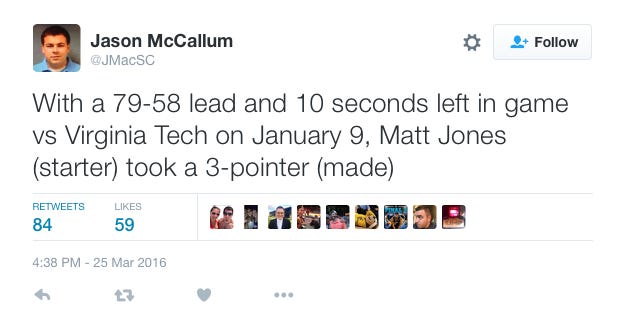 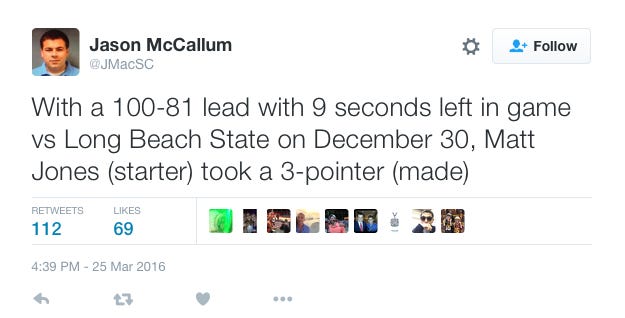 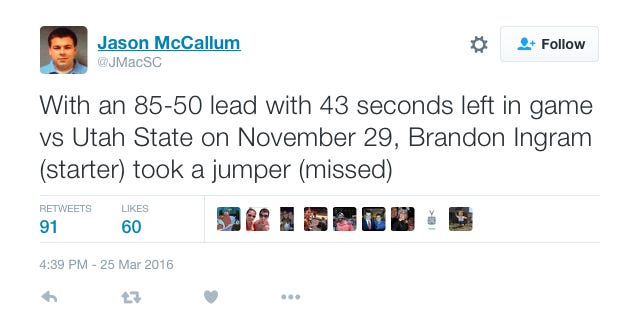 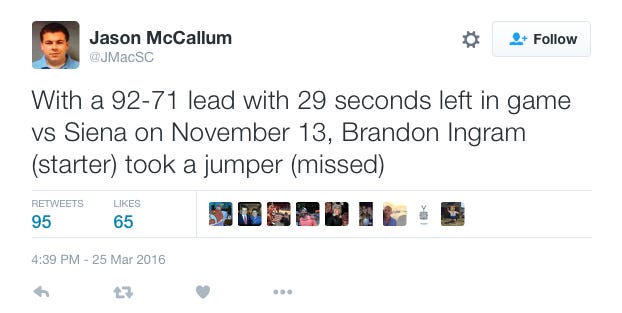