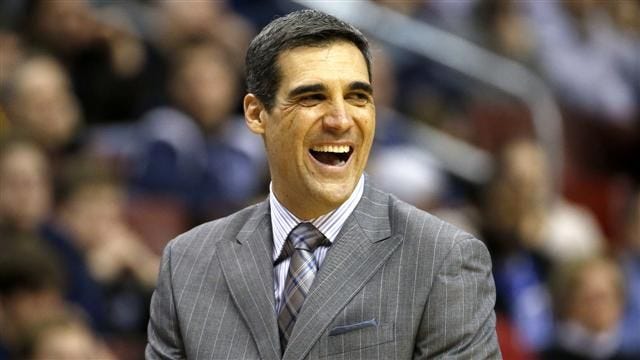 If you’re a college basketball fan, this is the worst week of the season. You come from the high of the Elite Eight – the most pressure-filled weekend in the sport – to nothing for a week. You have to listen to the same discussions from analysts and rehearsed answers from players and coaches.

A question everyone wants to know is why each team will and won’t win the national championship. What is it about these four teams that gives them an advantage this weekend? What is the weakness to keep an eye out on if you’re a fan of the team playing them? We’ll get into that here and breakdown why each of the Final Four teams will and won’t win the national championship.

Why They Will: Everyone assumes Villanova is only reliant on the three-point shot when that couldn’t be farther from the truth. The Wildcats aren’t reliant on one thing as they grade in the top-7 in the country on both the offensive and defensive side of the ball. There’s plenty of balance to the roster with four guys averaging double-digit points and a fifth at 9.8 PPG. Looking at their point distribution as a team – 33 percent comes from deep, 47 percent from inside the arc and 19 percent from the free throw line. This also shows another advantage Nova has in the fact they can score from anywhere – especially if Kris Jenkins continues to score the ball. When Jenkins is playing the way he has as of late, it gives them five scorers on the court and the improvement of Ochefu in the paint just adds to that. If Nova takes the lead late, the game is pretty much over thanks to being the second best free throw shooting team in the country while also taking care of the ball – turning it over just 16 percent of possessions. They are a team that does everything good.

Why They Won’t: As I said in the last sentence, this is a team that does everything well. They don’t do anything great. There’s nothing Nova can just hang their hat on and say we’re going to beat you in a shooting game, an uptempo game, etc. They also lack athleticism – something the other three teams have, especially UNC and Oklahoma. Will they be able to slow down the athletes of Oklahoma on the perimeter? While they are a good free throw shooting team can they get to the line enough? They rank 245th in the country at free throw attempts per field goal attempts, which means they can settle for looks. They need to attack and get to the line – especially if NRG Stadium holds up to its reputation for being a shitty place to shoot.

Why They Will: It’s simple. They have the best player in college basketball on its roster. Buddy Hield can score from anywhere and beat you in a variety of ways. When you have to gameplan for one person, it can take away focus from guys like Isaiah Cousins, Jordan Woodward or even Ryan Spangler. Hield is talented enough to carry this team to a title similar to Melo for Syracuse in ’03. They are the second best 3-point shooting team in the country at nearly 43% – obviously led by Buddy. Defensively they are strong as well – ranking 13th in the country and run a defense not a lot of teams are used to seeing. Oklahoma switches every screen between their 1-4 spots and aren’t afraid to trap in a man-to-man. They don’t turn opponents over a ton, but they force them to take bad shots, often leading to a runout on the long rebound. The Sooners have played the toughest schedule out of everyone thanks to the Big 12, so the talent of Villanova or even a UNC won’t be a shock to them.

Why They Won’t: Live by the three, die by the three. Oklahoma doesn’t have great point distribution, getting 39 percent of its points from behind the arc. If Oklahoma struggles shooting the ball, will they be disciplined enough to attack the rim? While Buddy is the best player in the country, they can rely on him too much sometimes, standing around watching as he attacks or he’ll force a couple shots just to get in a rhythm. There’s not a ton of depth inside with Khadeem Latin and Spangler playing the majority of minutes and if they get in foul trouble it’s all on freshman Dante Buford. Also, watch how much they turn the ball over as they can get sloppy – especially Buddy who had six turnovers against Oregon.

Why they Will: Talent wise this is the best roster and the deepest roster. They have the best inside player left in Brice Johnson, who can step to the top of the key and really give that Syracuse zone some trouble. After that game Carolina will have a massive size advantage against Oklahoma or Nova. They now rank the best offensive team in the country and have been steamrolling teams in the NCAA Tournament. They’ve scored at least 83 points in all four games so far this season. Then there’s the depth of this team – if someone is struggling Roy can bring in a quality backup at every position. The development of Theo Pinson has given Carolina a lockdown defender and they should outrebound everyone left. NRG Stadium is known for being awful for shooting – just look at the 2011 Final Four – and for the only team that doesn’t look to attack from the outside they’ll have the biggest advantage there.

Why They Won’t: This team has been one of the historically worst shooting teams in North Carolina history. Yes, they shot well this past weekend, but that seems to be an outlier for the season. If they struggle to shoot again, can the Syracuse zone just sag and take away the high post from Brice Johnson? For as much as they play inside the arc, they don’t get to the free throw line, ranking 273rd in the country in free throw attempts per field goal attempts and only gets 19 percent from the free throw line as well. Defensively, they aren’t great at defending the three, giving up 36 percent to their opponents. Against three teams that shoot the ball well, are they willing to trade 2-for-3? The teams they’ve lost to this season are known more for guard play than big man play – as are these three teams, is that a trend?

Why They Will: There’s a little bit team of destiny here. The bracket broke nicely for them to get Middle Tennessee State and Gonzaga on their way to the Elite Eight, before Virginia collapsed and Cuse took advantage. The zone somehow still gives teams problems and going up against a team that’s not great at shooting the ball in UNC, the Orange can take advantage of that. Tyler Lydon and Michael Gbinije both cause matchup problems as Gbinije is 6’7” and Lydon is 6’8”. On top of that Lydon has been one of the best shot blockers in this NCAA Tournament and making up for the lack of production out of DaJuan Coleman. Malachi Richardson seems to have found a way to be comfortable in the NCAA Tournament and giving them extra production.

Why They Won’t: This team lacks depth as they really only play seven guys, none taller than 6’9”, so size is a disadvantage as well. On top of that they are the least talented group here – they were a No. 10 seed for a reason. They shoot a ton of 3’s – 42.2 percent of possessions – but they aren’t a great shooting team, ranking just 111th in the country. A lot of this has to do with Trevor Cooney struggling for the majority of the season, but it’s still an average ranking for a team that shoots that much. The zone typically gives teams who see it for the first time problems, UNC has seen it twice already and scored 84 and 75 points. They also give up a lot of offensive rebounds – 35 percent of missed shots end up with an offensive rebound, something UNC excels at. They don’t have the size to keep Johnson, Meeks, Hicks, James, etc off the boards.