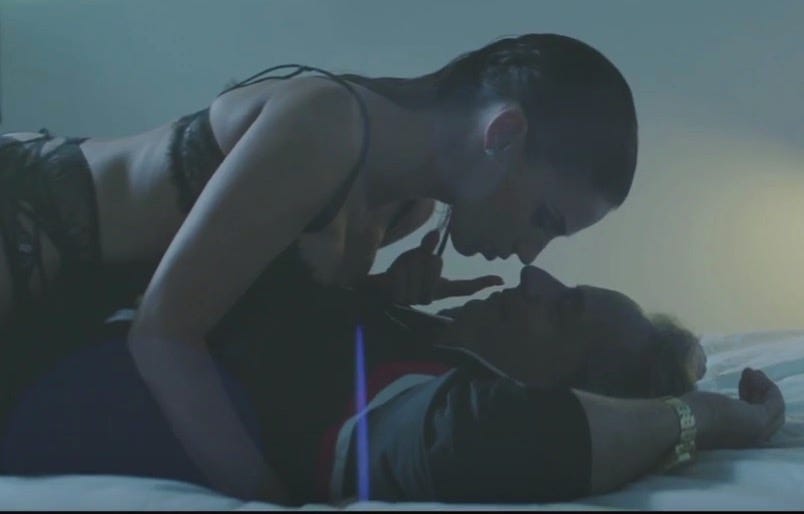 HollywoodLife – Hah! Jessica Lowndes, 27, has debuted a crazy, epic new music video starring former Saturday Night Live star, Jon Lovitz, 58, where she gets down and VERY dirty with the comedian. If she wanted to get buzz for her new remix of “Deja Vu,” she certainly got it in a big way, especially after teasing to the world that he was actually her new boyfriend before finally dropping the video, letting us all know it was all a big joke.

The video begins with a camera gliding through a sunlight white bungalow, eventually coming upon a man in a bedroom getting dressed, then it pans around to show us Jon’s face with the pop-up “This is Jon Lovitz,” adding “He was that guy on SNL. That show your parents used to watch,” as the camera moves to show Jessica naked in bed! As she coos the chorus “Deja Vu,” a pop up claims that Jon says “9021-WOAH!”

“I love a good prank so happy early April Fools! Jon and I met in Hawaii last year when we worked together on HAWAII 5-0,” Jessica explained in a press release about the video. “I fell in love with his humor and comedy so when I was looking for someone to be a part of my ‘Déjà Vu’ remix, which is a nod to the 80’s Mystery Science Theatre 3000 and 90’s Pop Up Video, he was the first person to come to mind.”

I have to admit it hurts to be on the wrong side of history, especially after this one was discussed at some length on the Rundown and I refused to hedge when confronted on it by Pres on Twitter. But the loser here isn’t me for believing that the story could somehow be true even if it made zero sense. And clearly the losers aren’t Jessica Lowndes or Jon Lovitz given that somehow their relationship was more famous than the two of them are individually. No, the real loser is the men who got hope today when they heard this news. Portly men, balding men, men with inverted knees who suddenly believed they too could fly on the wings of love thanks to cracking a few laughs and having a few bucks to spare in the bank account. I’m sorry for my part in giving those men false hope. The rules of nature still apply and never shall the Lowndes and Lovitz twains meet.

But if believing in love is wrong then quite frankly I don’t want to be right. It’s not too late for these two crazy kids to work it out. Check out the video, crackling electricity between them:

And if nothing else, Jon Lovitz’s O face is its own punishment for me being wrong: 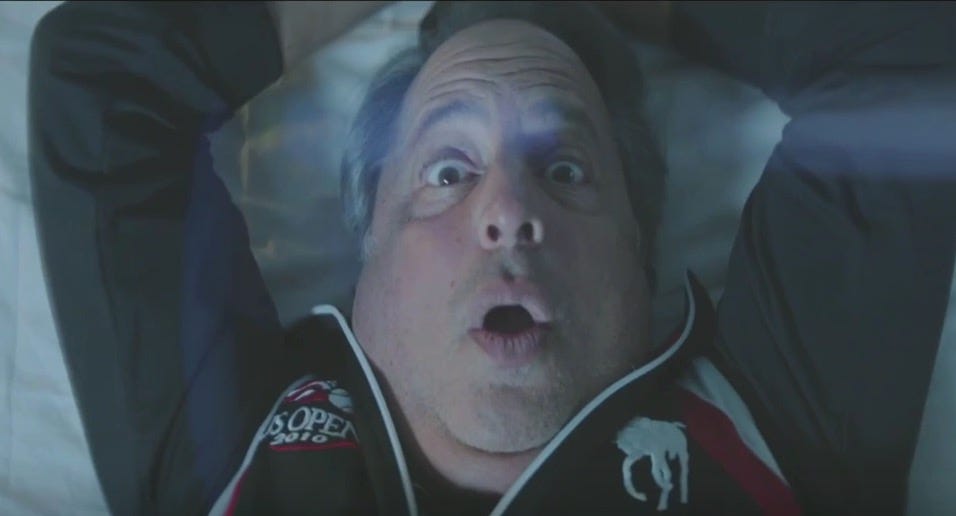