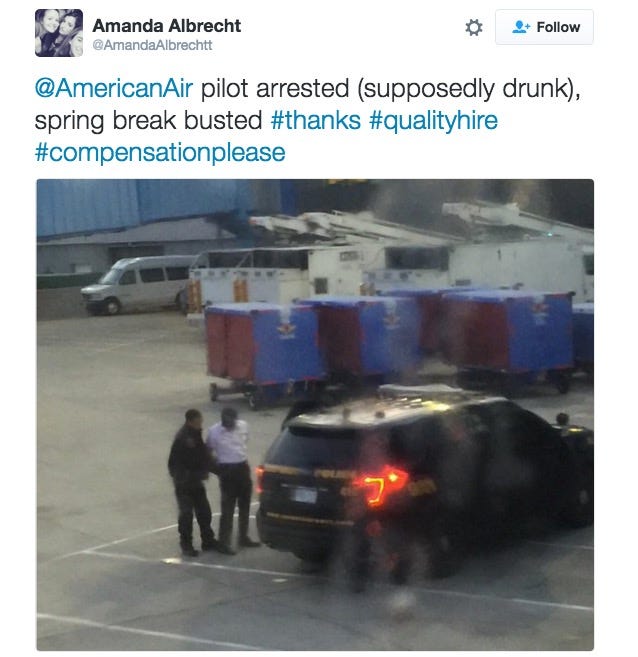 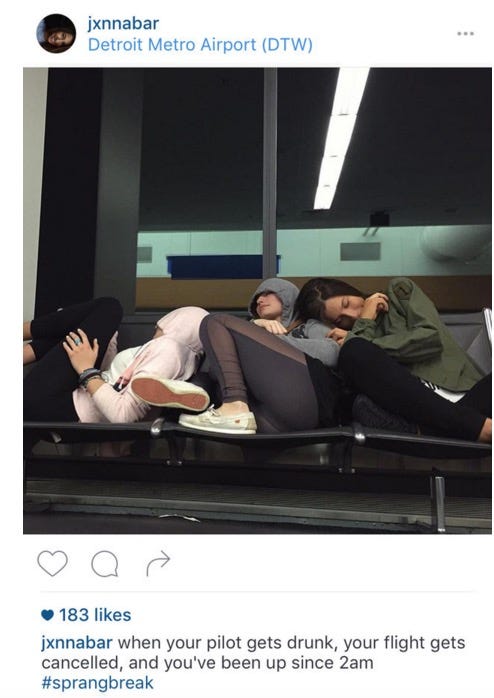 ROMULUS, Mich. (WXYZ) – An American Airlines co-pilot was detained this morning under suspicion that he was drunk, according to the Federal Aviation Administration.

American Airlines Flight 736 was scheduled to leave Detroit just before 7 a.m. and land around 8:45 a.m. in Philadelphia but it was canceled.

According to DTW, TSA officers notified the airport authority they should check the co-pilot out because of the way he was acting.

There were several tweets talking about the cancelation and it appears the flight was carrying local students to spring break.

Love these entitled spoiled college kids thinking THEY’RE the only ones allowed to have fun for Spring Break. God forbid the airline staff try to let loose a little bit. So the co-pilot wanted to get a little buzz on? Guy had like a hundred hot spring break chicks loading onto his aircraft, sorry if he needed a little bit of confidence to stand at door smiling at all of them then making some solid intercom announcements about cruising altitudes and what you can see out of your window throughout the flight. I mean it’s 2016, people know these planes fly themselves right?

Seriously the last pilot I knew that flew a plane hammered drunk only pulled off one of the most awesome stunts ever and saved almost everyone’s life.

(Such an awesome underrated movie. Could have done without the whole crack whore side story but other than that).

Really hoping this was just a connecting-flight situation because a bunch of kids from Detroit Spring Breaking in Philly is maybe the saddest sentence I’ve ever had to type.