Been checking in with the women’s tournament a lot because the UConn scores are always good for a laugh. What was the last one, 60-4 at half or something? Just hilarious box scores. Stats that look like somebody is coaching a third grade girl’s team in the local gym when all of a sudden the high school varsity squad rolls up. Except in this case it’s two supposedly “equal” NCAA teams. 72 in a row now for UConn – all by double digits. 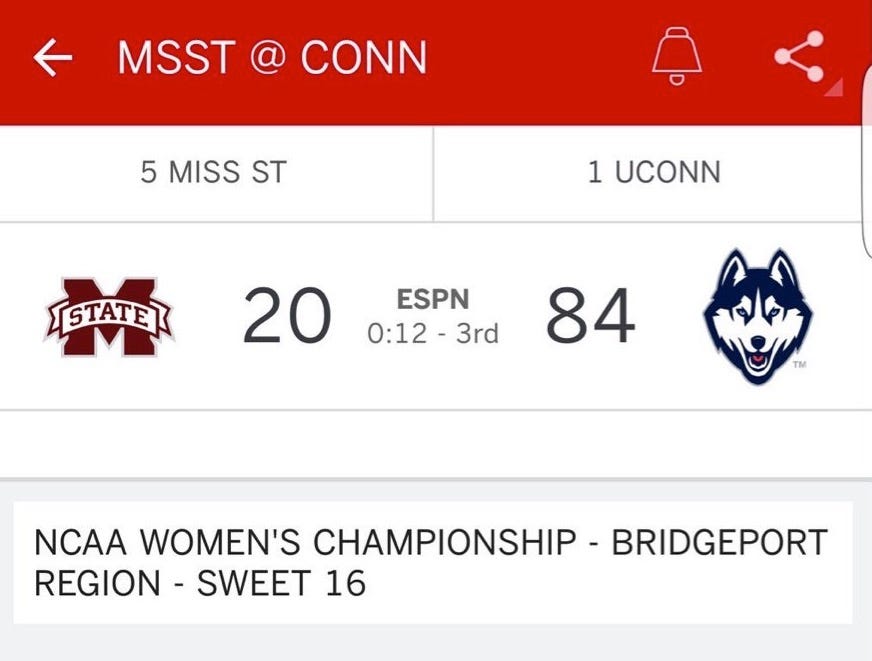 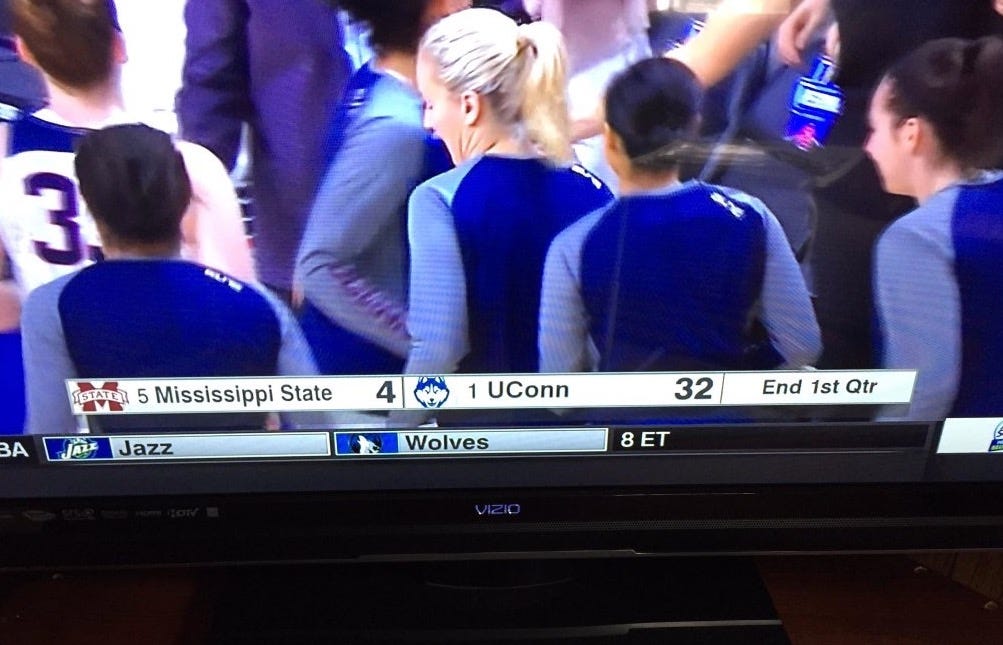 And now the story is, why doesn’t anyone else step up their game to try and challenge UConn? Work harder on recruiting and bringing in talent and developing a program that can compete? Use a superior team as a blueprint for how you should start basing your own team?

Nope, wait, I got confused. The story is everyone hates Geno and UConn for ruining the sport by winning too much. Seriously giving HIM shit for his team being too good? Like he has to give press conferences defending HIS team? 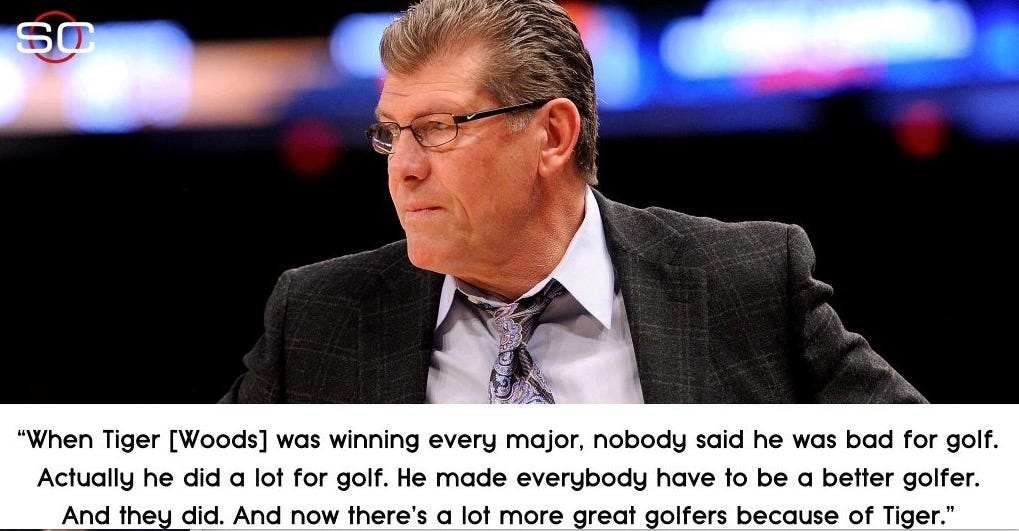 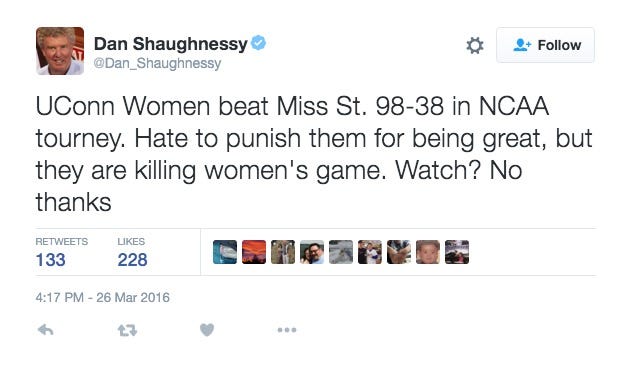 BRIDGEPORT, Conn. — Geno Auriemma and his UConn Huskies have been steamrolling through the NCAA tournament. They stand three wins away from a fourth straight national championship, an unprecedented feat in the sport. Up next is Texas, a team they beat by a record 51 points in the Sweet 16 last year.

Instead of talking about the Longhorns, however, Auriemma and his team were left answering whether their dominance was good for the sport a day after they beat Mississippi State by 60 points in the regional semifinals. On Saturday afternoon, Boston Globe columnist Dan Shaughnessy tweeted that the Huskies were ruining the game. It’s a theory the Hall of Fame coach has heard many times over the past 15 years. During that span, the Huskies have won nine of their 10 titles.

“When Tiger [Woods] was winning every major, nobody said he was bad for golf,” Auriemma said. “Actually he did a lot for golf. He made everybody have to be a better golfer. And they did. And now there’s a lot more great golfers because of Tiger.”

“We don’t appreciate people for how good they are and what a good job they do — we always have to compare it to something,” Auriemma said. “It’s only in women’s basketball. It’s the only sport where that happens. The only sport. Day in, day out, year in, year out, we’re faced with those questions and those comparisons.”

“Nobody’s putting a gun to your head to watch,” Auriemma continued. “So don’t watch. And don’t write about it. Spend your time on things that you think are important. If you don’t think this is important, don’t pay any attention to it.”

Yeah, if Geno wants to prove he’s actually a great coach he has to coach in the men’s game, blah blah blah. No I don’t put Geno anywhere even near the same breath as Wooden and K and Smith and Knight or really anyone from the men’s game. But giving the guy shit for building a program that is 1 bajillion times better than everyone? Come on, that’s some whack ass participation trophy society bullshit. 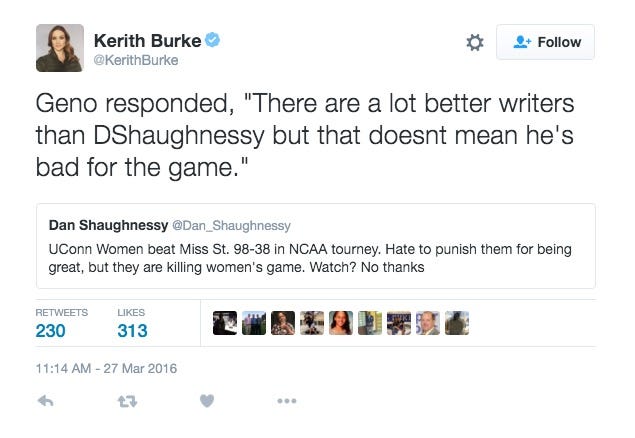