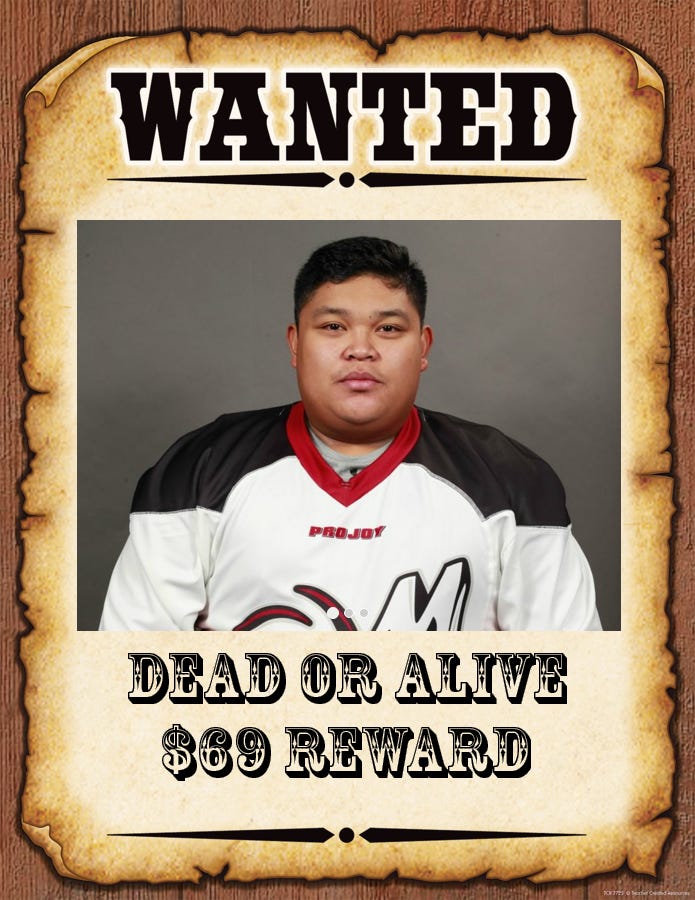 I’ll tell you what. If Colorado Mammoth goalie Alex Buque wasn’t 5’10” 230 lbs (that’s a very conservative 230 the team website has him listed at. Big boy has to be pushing 250), then he’d make a damn fine free safety in the NFL. If you’re on an opposing team and would like to not get murdered, then might I suggest not coming into Buque’s territory. Because as you can see from the clip above, the big boy is hungry and it’s feeding time in the dojo.

And here we have some footage of Alex Buque as a kid, probably.

Just a friendly reminder that that box lacrosse is fucking insane. And that goalies in any sport are fucking insane. And when you put them together, you get gems like that clip above. And if you think that the player who hopped in the net to cover for the goalie is insane, well that’s just another day in the office for him. Don’t think these guys are very worried about getting drilled with a shot.

While we’re talking lax, figure I midas whale sneak in a few scores around the college lacrosse world from yesterday. #11 Duke took down #5 Syracuse 16-15 in overtime to shakeup the ACC rankings a little bit. Maryland knocked off North Carolina 11-8 after a 4 goal performance from Philly’s own Matt Rambo. Yale remained undefeated after an 11-10 win over Princeton and with Penn State handing #1 Denver their first loss of the season with a 15-10 win yesterday, Yale might have a shot at being at the top of the polls tomorrow.