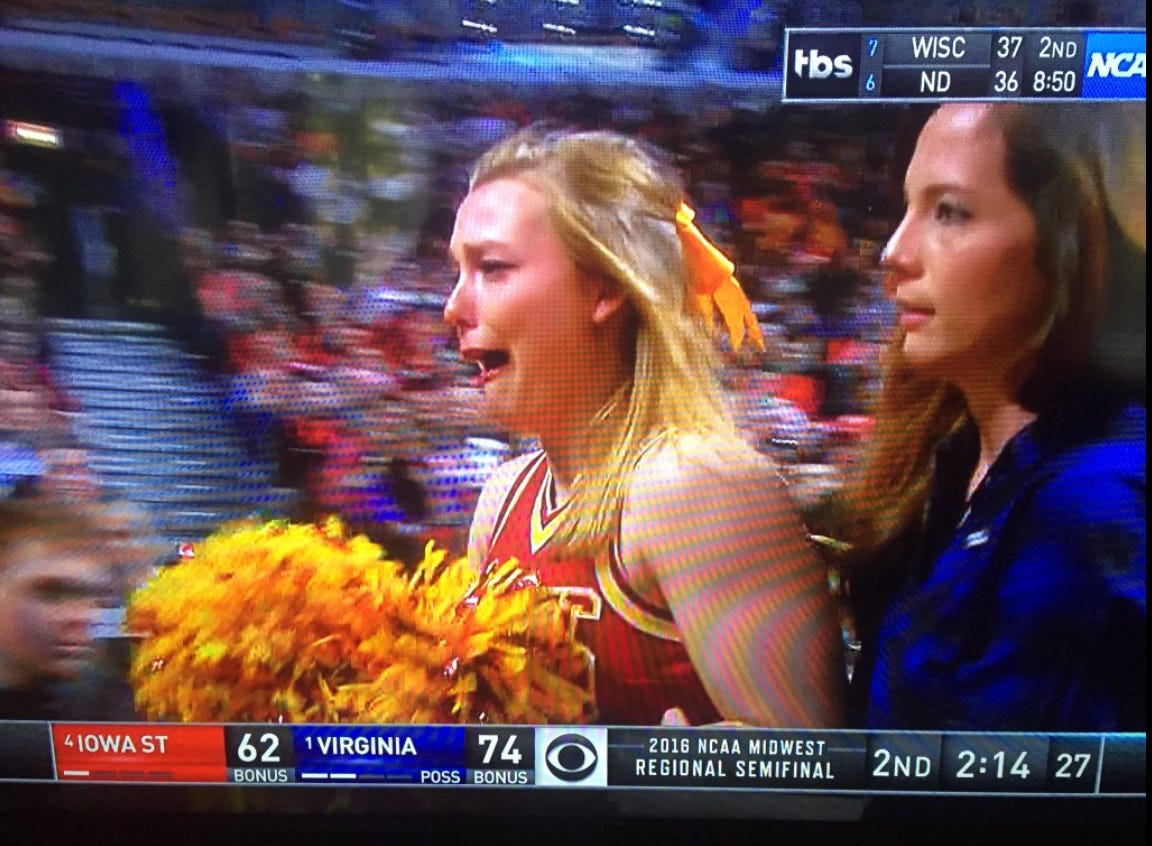 Is that Iowa State cheerleader crying because her Cyclones just got bounced from the NCAA Tournament? Well I can’t speak to what she’s doing right now but no. She’s crying because she took a kicked ball straight to the face

Kinda hard to see but they never showed a great angle of it. Anyway, down goes Iowa State. The last remaining team from the state of Iowa. Sad day (not really because fuck Iowa State). This game was never that close at all. Virginia came out hot and pounded the ball inside allllllllll game long and ISU didn’t have an answer for it. Flat out domination in the paint. That’s what won Virginia this game. It didn’t help that Georges Niang was in foul trouble pretty much the entire game. He had 4 fouls with 13 minutes left in the second half. Him on the bench allowed Virginia to keep their lead at double digits. That was pretty much it. Tough way for Niang to end his legendary career at Iowa State. I respect the shit outta Georges Niang. If he didn’t play for Iowa State I would’ve rooted for him his whole collegiate career. But will I miss him torching Iowa ever game with an array of dizzy and impressive post moves? No I will not.  Hell of a career though. That jersey will hang in the rafters.

So tonight we say goodbye to the state of Iowa in the 2016 NCAA Tournament. A sad day. Not exactly impressive exits either. Iowa got stomped by Villanova. Iowa State never led against Virginia. And Northern Iowa. Ohhhhhhhh Northern Iowa. They left their mark I guess. At least we’ll always have these moments