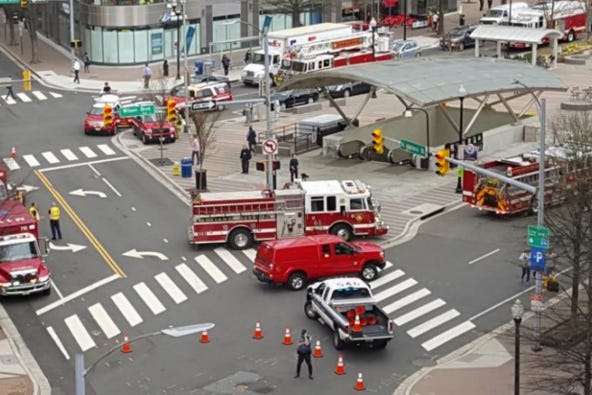 What a perfect Friday for the Metro. Everything was delayed as fuck this morning, a possible fire (I guess they said it was just track debris and not a fire, but didn’t stop 50 firetrucks from arriving at the scene) on the rails, and then the “chief safety officer” peaced the fuck out. This comes just 10 days after they decided on a whim to shut the entire Metro down for a day to inspect it. Well I for one am shocked, simply shocked, that didn’t work. You mean to tell me decades on decades of lackluster maintenance and constant problems weren’t solved in 24 hours? Well I’ll be darned. But the most shocking part of this story is that the Metro has a chief safety officer to begin with. What a cush job. When nothing works to begin with, what can ya do? By taking that job you just agree to take the blame when shit goes wrong. Not the worst if you don’t care about other people. So the perfect job.