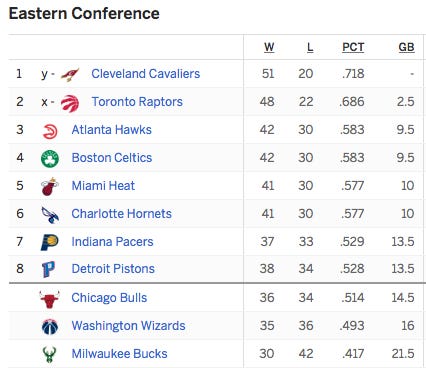 I probably sound like a broken record at this point but I really don’t care. This Bulls team is now up there with year 2 Trestman Bears, 09 Cubs and 04 Cubs for most dysfunctional and unlikeable Chicago teams in the past 15 years. Losing by double digits at home to a bad Knicks team is unacceptable. Taking quarters off at a time when you know you’re fighting for a playoff spot is fucking pathetic. Having multiple all stars on the roster and being out of the playoffs in the end of March, unbelievable. And you know what the worst part about last night was? Niko Mirotic finally looked liked he knew how to play basketball again. He hit 9 threes and was the Niko from last spring when he went on that tear. And the rest of the team? A fucking joke. This team has no heart or will to win. They’re the exact opposite of the Thibs era Bulls. They coast for quarters and games at a time. And I’m not going to blame any particular person because guess what, everyone deserves blame. Top to bottom they only need to be held accountable. The only person I will sort of give a pass to is Jimmy Butler because he’s so clearly playing injured. He even owned up to how bad he has been after the game.

Meanwhile Fred and the Front Office are sitting around befuddled, like this is some amazing team waiting to burst out.

Does anyone actually want to see this team make the playoffs at this point? I never actively root against my teams but we’ve reached the level here where being in the lottery vs seeing the Bulls put in a half ass effort in April is a no brainer to me. So maybe they play the Raptors, who they own, and win a first round series. Then what? They aren’t beating the Cavs, or Hawks, or Celtics, or even the Heat. They’re just not that good. They’re a broken team with a broken psyche and a broken front office and I’m sick and tired of it. As fans we should honestly feel insulted. It’s gotten to that level.

Of course they’ll go out and win by 20 tonight against the Knicks in New York, and I’ll jokingly say they’re back, but make no mistake, this team fucking sucks. Believe it, embrace it, and then get mad about it because it’s your right as a fan.