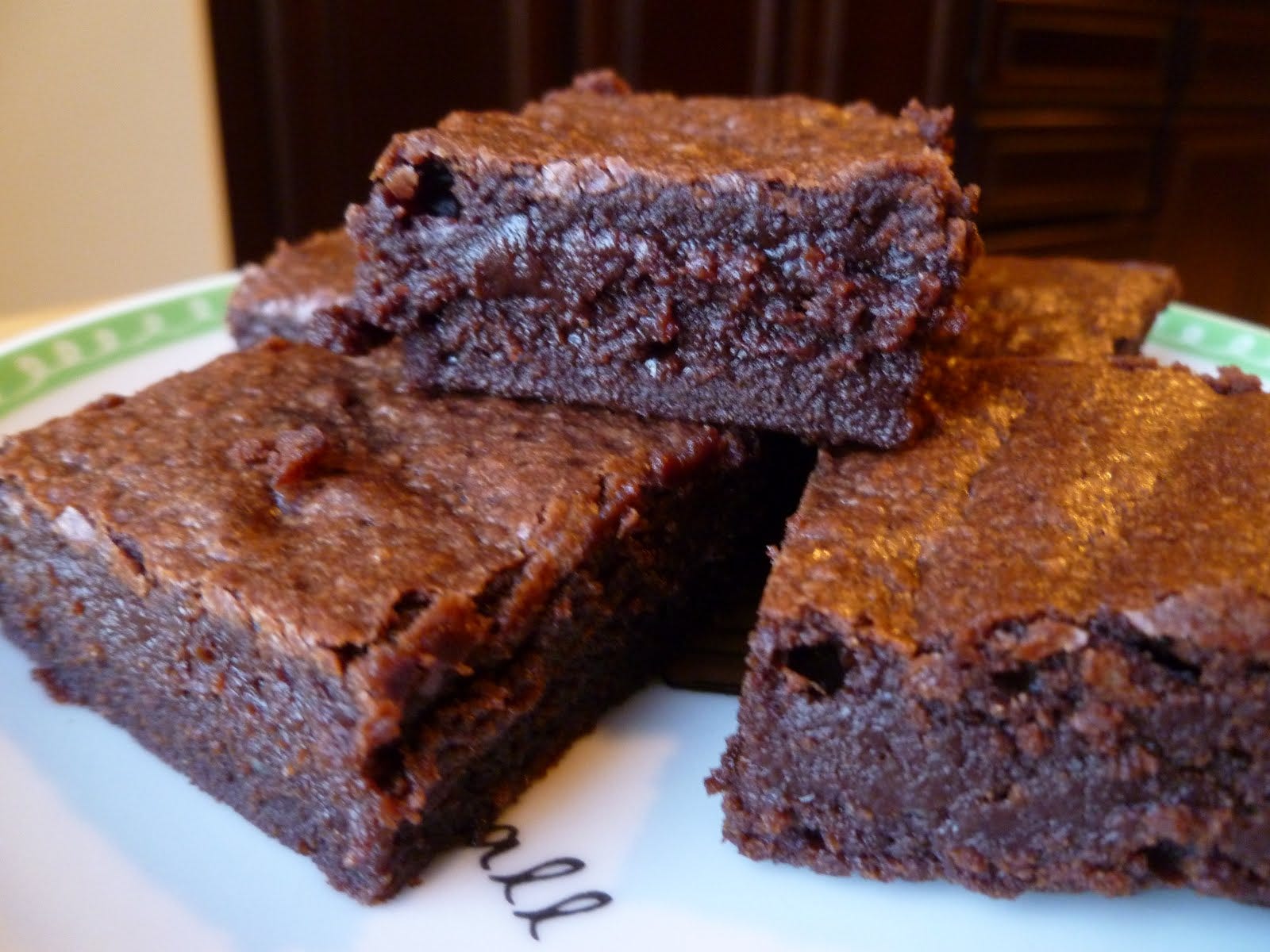 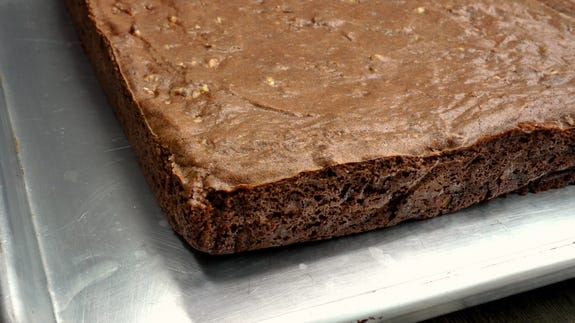 This week on Mailtime we discussed the Top 10 Dickhead Moves. And one of the moves on the list, which I unabashedly enjoy doing, is cutting the center piece out of a fresh baked batch of brownies. Just chopping out the perfect center piece square, there by leaving everyone else with edge browines, or, even worse, corner brownies.

And after the episode aired, the strangest thing that has ever happened to me occurred. Early that morning I get a tweet about how I must be crazy because corner brownies are the best type of brownies. And then another. And another. Tweets saying center brownies arent good. People saying RIDICULOUS shit like they want their brownie to have some crunch to it. People saying they need an edge to be able to DUNK THEIR BROWNIE in milk. All sorts of fucking outrageous nonsense about brownie life. They even introduced me to this atrocity which is designed specifically to make all brownies have edges: 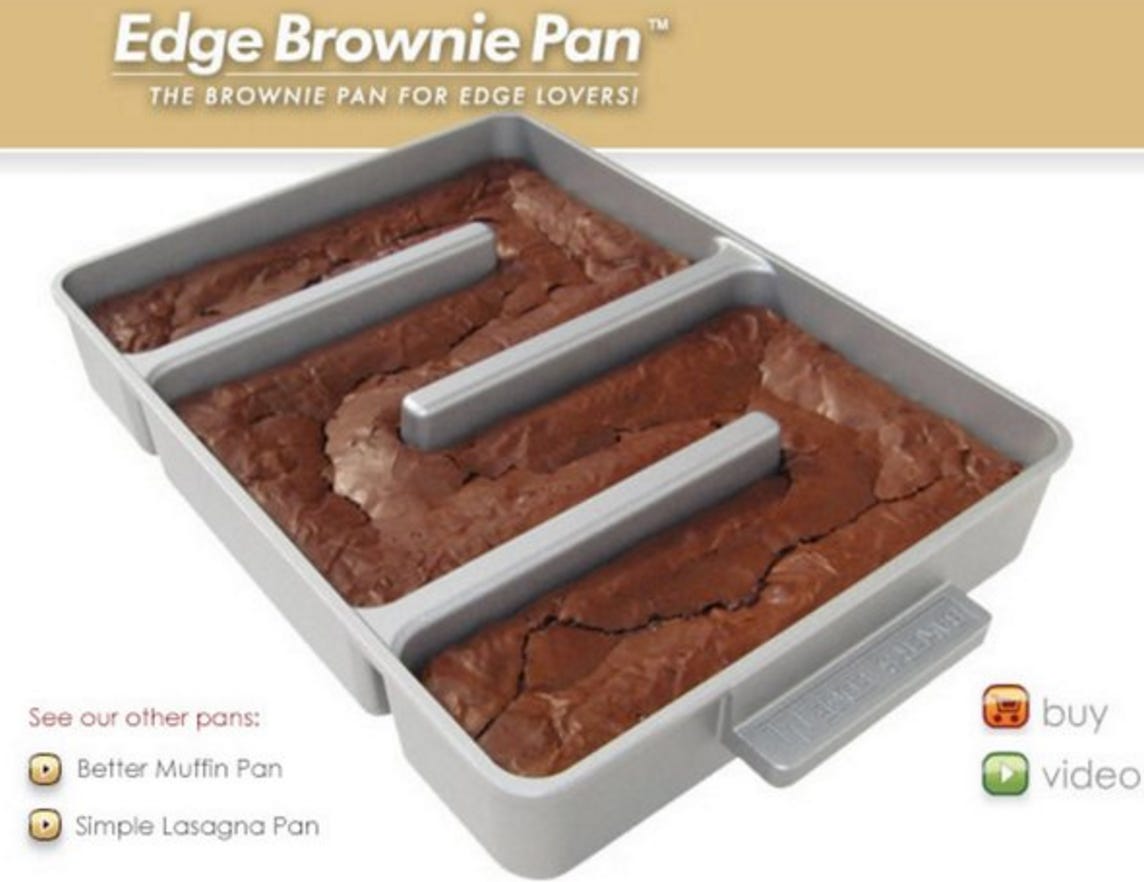 What sort of dark magic of the black realm is this??? I was FLOORED that some barbarians behave this way.

And I gotta be honest, while Center prevailed pretty handily, I cant believe there was anything over 0% for Corners. For a while it was neck and neck – like 52%-48%. I was getting anxiety just watching it. Now over the years I’ve had my fair share of disputes over arbitrary opinions such as this, but this one is disappointing and flat out scary. I cant believe we live in world where people want corner brownies with burnt, crunchy edges. Brownies are the most delicious dessert (or if you’re like me, breakfast) on the planet because they are soft, moist, fudgy, dense little squares of heaven. You bake it with 1 less egg and undercook the shit out of them so they become extra soft and gooey. Thats what makes brownies the best. (Also licking the bowl of brownie batter makes them the best, but thats nither here nor there.) Not a fucking CRUST on the edges. Not a dry, crunchy edge. Of course you eat the edges but thats only because thats all thats left. The center brownie embodies everything that makes a brownie a fucking brownie. And thats why its superior.

And dont you dare…DONT YOU DARE…bring pizza into this. People keep saying “well what about a corner slice of Sicilian pizza!” “You dont eat your pizza crust?” Pizza is an entirely different food, you idiots. There’s melted cheese on top of pizza, why dont you melt cheese on your brownies as well! Hey potato chips are crunchy, why dont you make your brownies like that! Fucking morons. I like pizza crust because there are some foods where a crispy crust is delicious. Some foods are meant to be that way, other foods are meant to be soft. I bet these corner animals like crunchy cookies over soft cookies too, which is borderline criminal behavior. Cookies and brownies are meant to be soft and melty. Not fucking crispy. Doesnt mean there arent crunchy cookies I dont like and it doesnt mean I wont eat a corner brownie but if we’re talking about which is better theres not even a fucking discussion. Bottom line is if you dont understand the greatness of a center brownie, you’ve probably never had a brownie baked well. Same goes for if you’re fucking DUNKING it. If your brownies are so dry and hard that you dunk it in milk to moisten it, your brownies fucking suck.