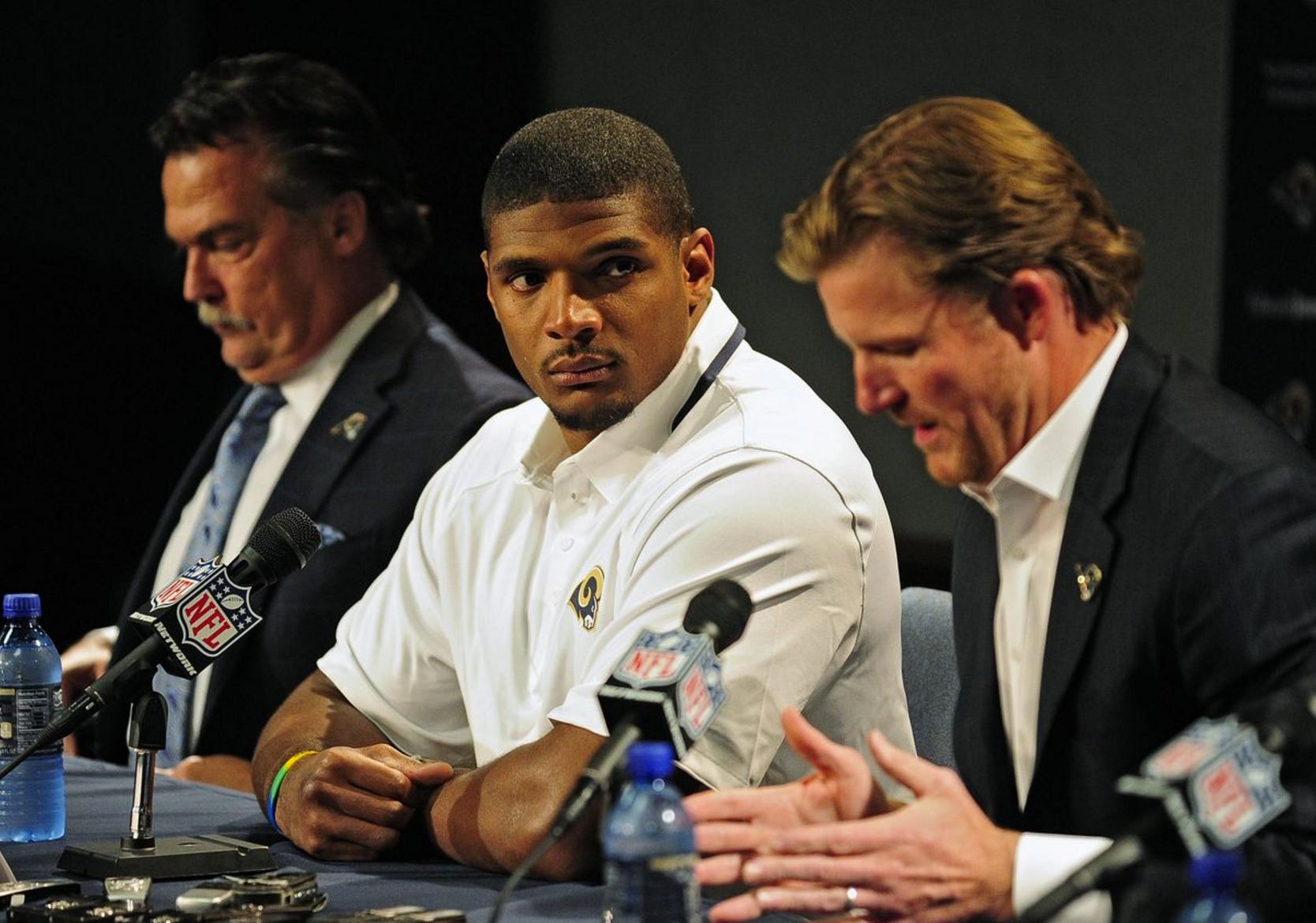 PFT – It’s long been believed that the Rams used a late-round draft pick two years ago on defensive end Michael Sam at the behest of the league office. Long-time NFL reporter Howard Balzer, who has focused his attention in recent years on the Rams, reports that the arrangement had a quid pro quo. Balzer cites multiple unnamed sources in support of the notion that, in exchange for the Rams drafting Sam, the league office agreed not to compel the Rams to serve as the focus of the Hard Knocks series in 2014. Per Balzer, the league viewed the Rams as the ideal landing spot for Sam, the first openly-gay NFL player, because of the team’s proximity (at the time) to the University of Missouri, where Sam played college football. Sam, who was added to a depth chart that included a glut of pass rushers, was cut by the Rams before the start of the 2014 regular season. He thereafter spent time on the Cowboys’ practice squad before being released and otherwise ignored by all NFL teams. Balzer also speculates that the league office possibly twisted arms elsewhere to ensure that defensive end Ethan Westbrooks would not be drafted by other teams over the final seven picks in the 2014 draft so that the Rams could sign him as an undrafted free agent. Westbrooks made the 53-man roster that year. Westbrooks received a $20,000 signing bonus and $30,000 in guaranteed salary for the first year of his contract.

Gotta love the League just condemning the Rams to a media circus one way or the other. “Oh you dont want to do our wildly distracting and intrusive reality TV show that coaches and management dread? Fine. But you gotta draft this gay guy who sucks at football.” A classic damned if you do, damned if you dont spot as the Rams get fucked by the long dick of the NFL. One way or the other, the NFL was getting some sort of publicity out of the St. Louis Rams either in the form of their HBO show or making sure they seemed progressive and having an openly gay player. Not sure what Mr. .500 Jeff Fisher did to have that bullseye on his back but the Rams were in an impossible spot for a team that just wanted to quietly try to win football games.

Makes you wonder what the League made the Rams do in exchange for the move to LA. Probably gonna draft a chick or something. I bet the Rams doctors are not allowed to diagnose any concussions this year. No doubt in my mind now the League is getting something out of this deal. And no doubt they’ll botch it just like this was botched. If you’re going to try to get gay people in your league via extortion you better not get caught doing it. The NFL is lucky they’re so bulletproof because they are just constantly shooting themselves in the foot.