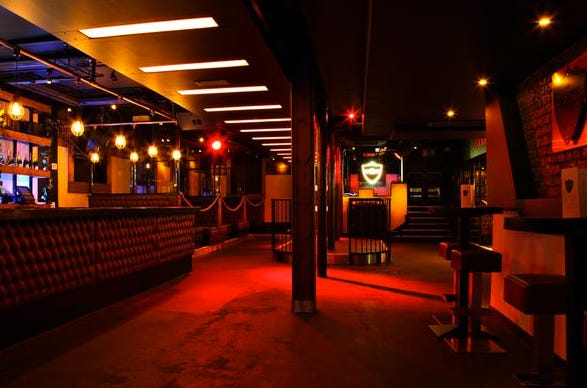 Manchester - A new club night in Manchester has been condemned as ‘distasteful and discriminatory’ for offering a ‘free dwarf’ with every VIP table booking. The Closet, which runs a night at The Oxford Club on Central Street in Manchester, is holding its first ‘Wonderland’ event on Thursday. One of the packages available to book is the £850 The Ballers Booth, which includes entry for 15 people, a bottle of champagne, four bottles of vodka and mixers and ‘a free midget’. The ‘Tweedle Dee’ or ‘Tweedle Dum’ character will wait on the table and ‘dance on demand’, according to organisers. A spokesman for the Restricted Growth Association (RGA) said: “The RGA campaigns for a better society for people with dwarfism and is strongly opposed to events such as these which we believe are distasteful and discriminatory, and can encourage abuse towards our members.

Rubbish. Just rubbish. Where was this when I was living in Manchester playing poker? I coulda used some side money. You know what it’s like grinding poker all day every day? Let me break it down- you have upswings, and you have downswings. And downswings SUCK. They suck hard. Even though every decision you’re making is right, the luck factor kicks in and you end up having an awful, miserable day at the tables. Would have made life a whole lot easier if I could have gotten this side gig at the Oxford Club though. Bust every tournament early, pick up the dancing midget shift at the club to make the money back. There better be a club in New Jersey with this option, because I don’t know if you saw the news, but PokerStars is back and it’s beautiful.

PS: Who the fuck are these “Restricted Growth Association” clowns to decide what midgets can and cannot do? If they want to dance on tables at clubs, let them dance on tables at clubs. They should be promoting it as a good thing, it can’t be easy for a real life midget to get a job. But this is exclusively just for them, and I’m sure they get paid handsomely. So let the midgets do their midget thang and shake their midget ass tailfeathers and mind your own business, RGA.