CNN – Brussels, Belgium (CNN)Three explosions that ripped through the Belgian capital of Brussels on Tuesday killed at least 28 people, according to Belgian media, and raised the reality of terror once again in the heart of Europe.

Belgian federal Prosecutor Frederic Van Leeuw said it was too soon to know exactly how many people died in the bombings. Yet the Brussels Metro Authority reported that 15 died and 55 were wounded in the subway station blast. And public broadcaster VRT said at least 13 more were killed, and about 35 were injured, in the two blasts in the Brussels airport departure hall.

So fucking sick of waking up to this shit. Feel like I can’t go a week without rolling over to shut off my alarm, firing up Twitter and seeing a stream of tragedy from another terrorist attack in another part of the world. This morning it’s Brussels, the capital of Belgium, with what looks like a planned out joint suicide bombing at the airport and in the subway system. 28 dead as of right now and rising, 100+ injured, I’m sure much more to come. It’s just flat out sickening. 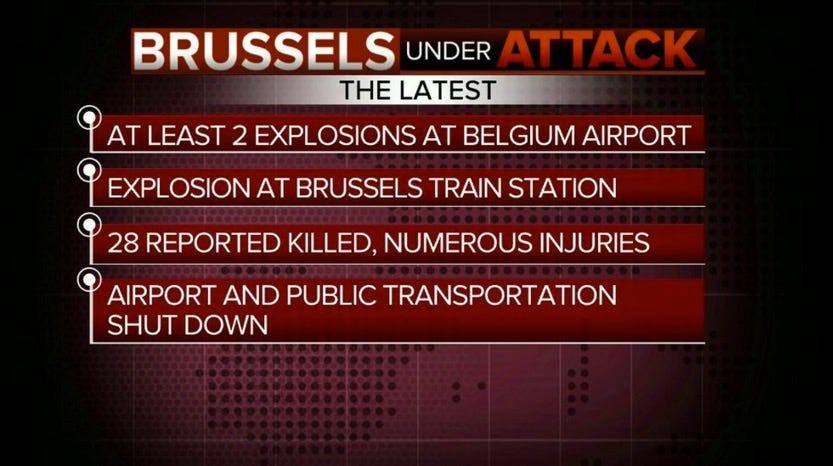 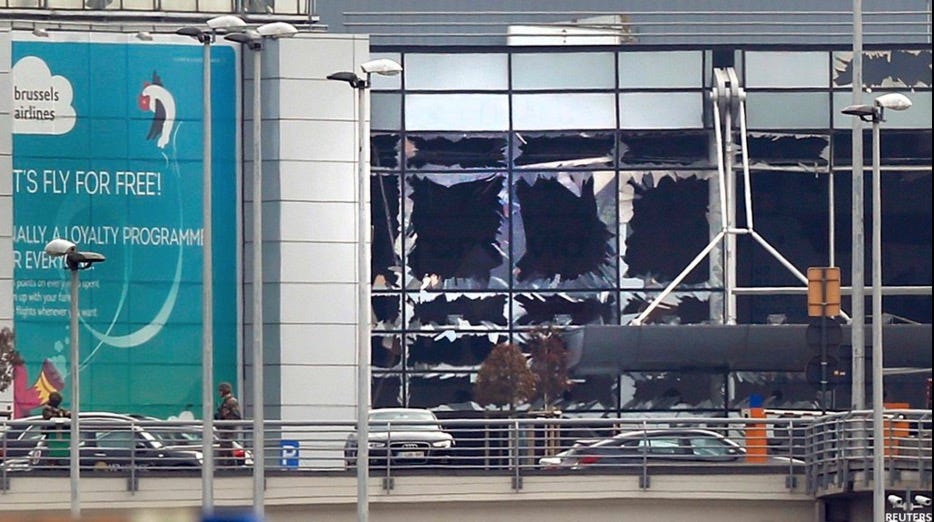 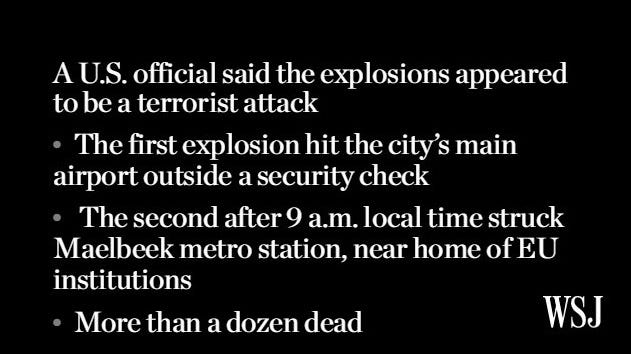 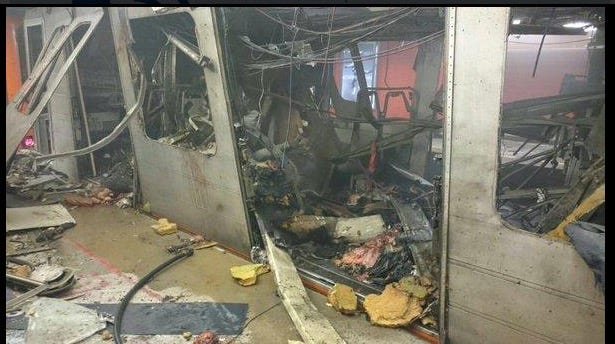 Cannot wait until every last one of these fuckers gets sent straight to Hell.