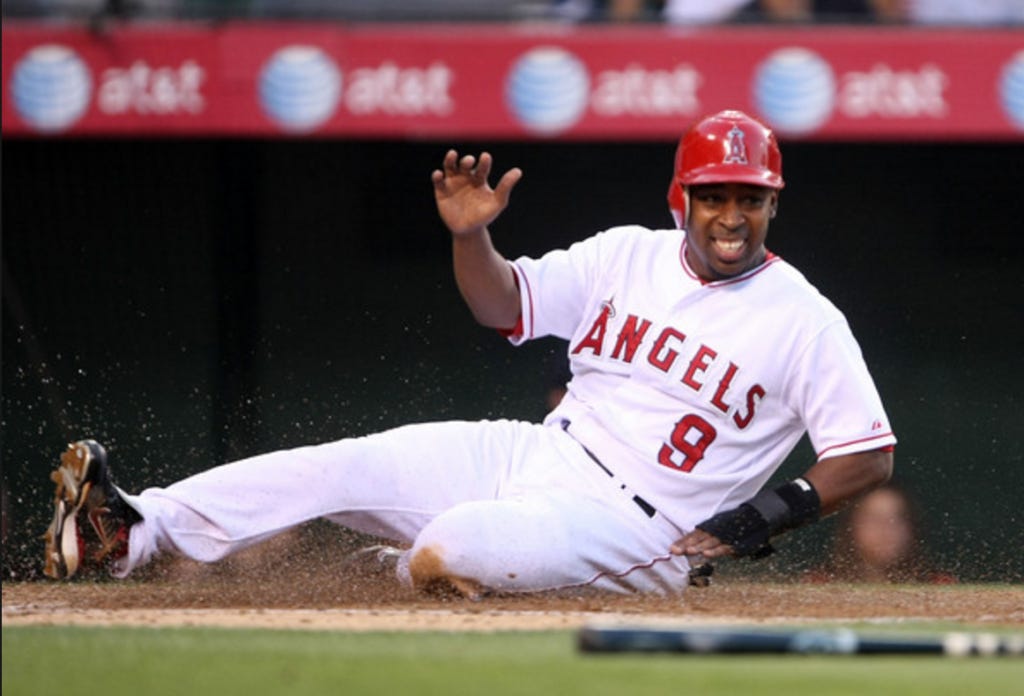 We’ve had a lot of these stories this offseason. One of the first blogs I ever wrote for Barstool Baseball was Andruw Jones announcing his retirement, even though he hasn’t played in the big leagues since 2012. Last week, I covered Brad Penny announcing his retirement, even though I haven’t heard that name since 2009, so that quickly became a blog about all the famous smokes he’s dated.

Now we’ve got Chone Figgins announcing his retirement, and signing a one-day contract to retire with the Angels. What the fuck is this? PS – I know it’s pronounced “Shawn” Figgins, but it’s physically impossible to read that name and not pronounce it “Chone” in my head. Anyway, I’m actually mad about this. Figgins was a nice player, stole a bunch of bags and won a World Series in his rookie season in 2002 with the Angels, even though he hit .167 in 15 games and only got one plate appearance the entire postseason.

For the ones that I can remember, Nomar Garciaparra and Carlton Fisk signed one-day contracts with the Red Sox so that they could retire with the team. Absolute legends for a legendary franchise. Is Chone Figgins a legendary Angel? Am I missing something here? Am I irrationally mad about this because it’s March 21 and there’s nothing else to talk about? Maybe. But I think an honor like this should be reserved for the greats of every team’s franchise, and Figgins doesn’t exactly fit that description to me.

Mark Bellhorn meant more to the Red Sox than Chone Figgins meant to the Angels, and that dude just retired and disappeared off the face of the earth, never to be seen or heard from again. No one-day contracts for him to sign. He just rode off into the sunset like the mediocre player he was. Actually, he probably didn’t even ride off into the sunset. He more just rode off into the woods of New Hampshire or something. Really, somebody should check on Mark Bellhorn. I’m actually kind of concerned now.