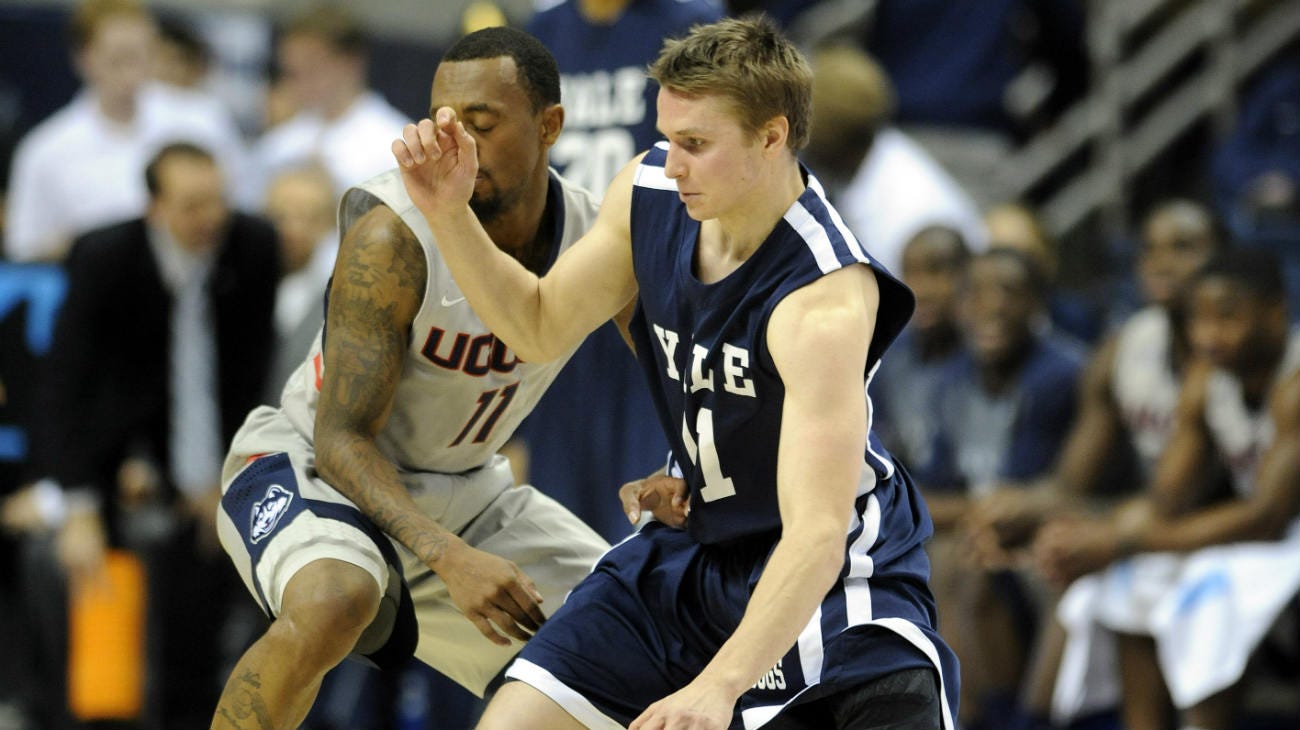 Am I taking crazy pills?

Yale’s breakout star Makai Mason has declared for the NBA Draft. Yeah, you heard me. The little white dude who lit up Baylor and helped lead a comeback that fell short against Duke is ready to be the next Steve Nash.

I mean you have to ride your wave of success when you can. It’s not like Yale is good at producing anything else other than lottery picks. In all seriousness though, this makes perfect sense with the new rule that players can pull their names out of the draft on May 25th. Everyone should declare for the NBA Draft if there’s a chance they can even make the D-League to test the waters.

If that wasn’t Earth-shattering news Pittsburgh head coach Jamie Dixon has agreed to become the head coach of TCU. Now for those who wonder why, he did graduate from there, but it’s still an odd move. The Panthers made the NCAA Tournament and TCU hasn’t been good since Lee Nailon was around.

So, where should Pitt go from there? Well, I believe they will end up hiring Archie Miller from Dayton who is from Beaver Falls, Pa., (fuck that place by the way) but they should go after his brother first. Sean played there and made the pass to Jerome Lane for the famous call by Raftery, obviously from Beaver Falls as well.

This is an important hire for Pittsburgh as they are completely out of place in the ACC and if they don’t get one of the Miller brothers they will likely fall to irrelevancy for a handful of years. Keep an eye on a quick hire as both Millers are out of the NCAA Tournament and are able to interview and be hired.