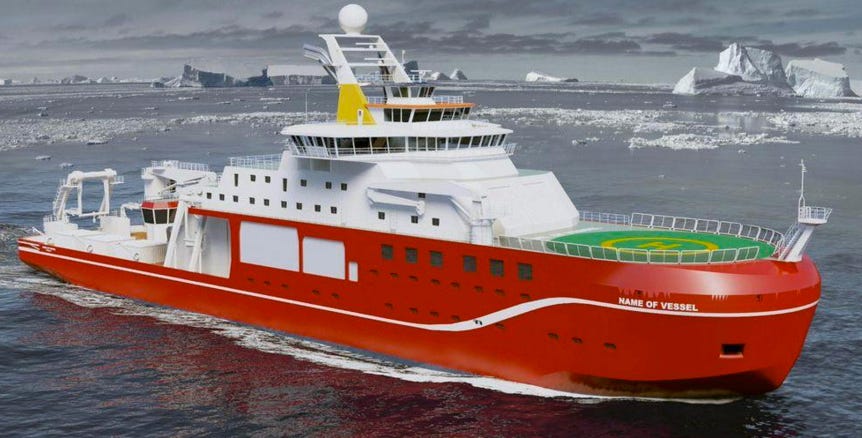 Independent - The official name of a new multi-million pound research vessel could be the RRS Boaty McBoatface after the internet was asked for its ideas. When the Natural Environment Research Council (NERC) opened up suggestions to name their new ship, little could they have predicted what the frontrunner would be. Steaming ahead of its rivals, RRS Boaty McBoatface is outstripping the likes of Endeavour, Henry Worsley, David Attenborough, Falcon and many more offerings. The £200 million polar research vessel, which will be operational in 2019, is set to sail the waters of Antarctica and the Arctic carrying a team of 90 scientists and support staff.

I saw #BoatyMcBoatface trending on Twitter this morning and did not know why, but I needed to find out. And low and behold, the Internet was doing it’s thang hot and heavy this AM, trying to name an important research vessel. You can never go to the Internet for anything, because they’ll make a joke out of it, and this is classic Internet. Need to name your 200 million pound research vessel that you hope will change the world? Better ask people who sit around putting Michael Jordan’s crying face on everything. Better ask YourMomIsAWhore69 what he thinks they should name it. 90 of the world’s top scientists are going to be on board, who better to ask than people arguing about things being “literally Hitler”?

Reminds me of when 4Chan decided to name the new flavor of Mtn Dew: 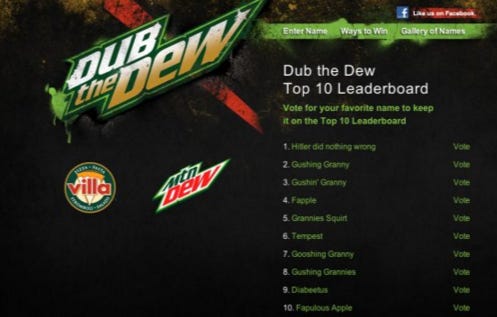 NERC was looking for a name to reflect the ship’s prowess in the oceans, symbolising the pioneering work they will undertake. When thinking of submissions, they advised: “We’re looking for an inspirational name that exemplifies the work it will do.  “The ship could be named after a local historical figure, movement, or landmark – or a famous polar explorer or scientist.

Well NERC, you went to the wrong place to try to give this boat some sort of significant meaning. However, it appears they aren’t completely sold on naming it Boaty McBoatface.

But despite its fame – allegedly picking up more than 15,000 votes – there is no guarantee the name will grace the side of the ship.  Anchored in the terms and conditions, the website states ‘the final name will be selected by NERC.’

And that, my friends, is fucking bullshit. You can’t offer a public vote and then get all communist about it. The people have spoken. Boaty McBoatface should be patrolling the heavy seas for years to come. This is a democracy, not tyranny. Hey England, remember the last time you didn’t give your people a vote? Remember what happened? Maybe this rings a bell?

So it’s up to you, England. Use your best judgement, but choose wisely. Give me Boaty McBoatface, or give me death.