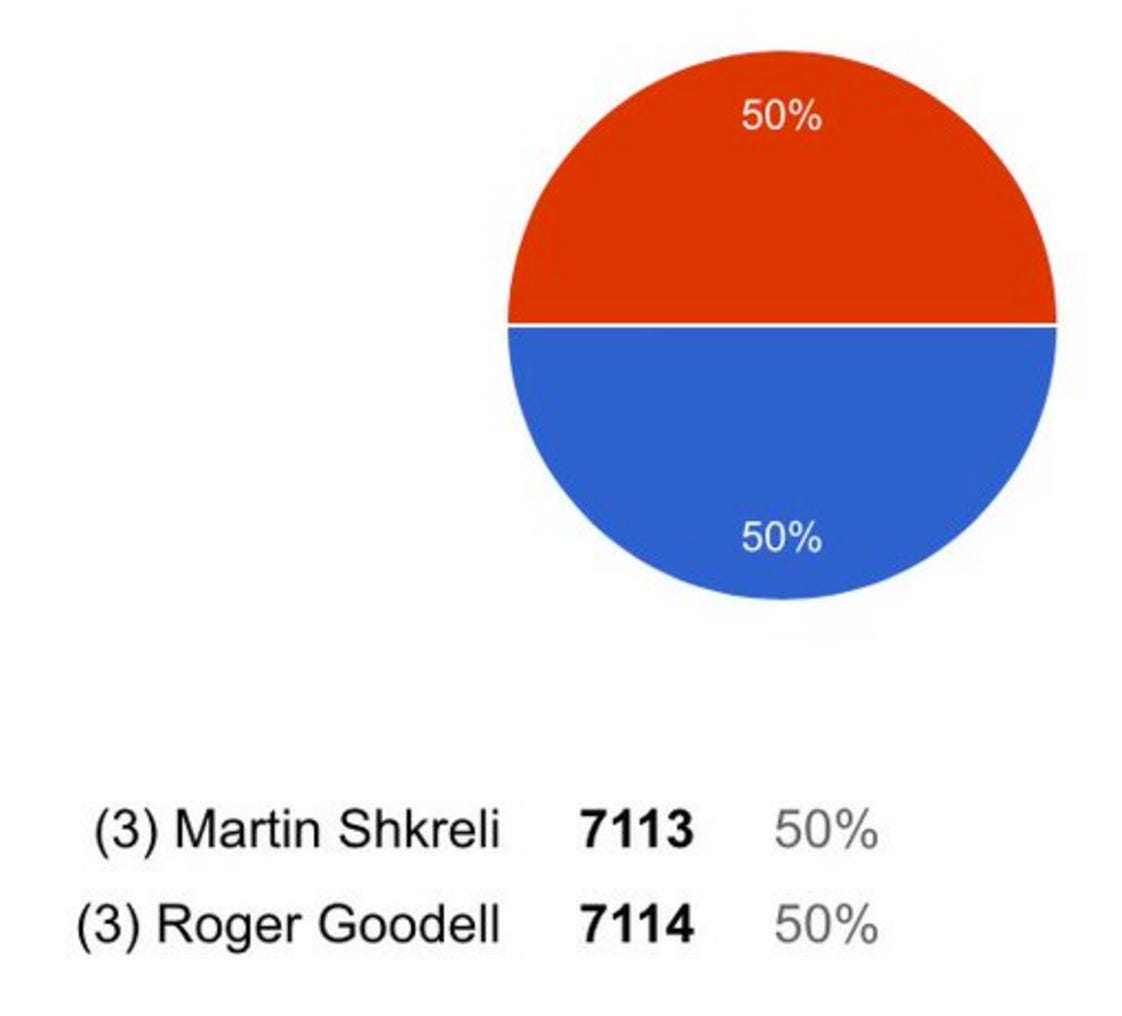 One, single, solitary vote separating the man who would gladly profit off the death of AIDS patients vs the man who handed out inconsistent suspensions in the NFL. A little bit of a wacky situation if you ask me, but here we are! We came down to the wire. With 20 minute before voting closed, we were separated by one vote. With just three minutes remaining, we were only separated by 2:

And just as the polls finally came to a close, justice prevailed:

Martin Shkreli advances. Listen Goodell is kind of a dick. He’s not very good at the discipline portion of his job. But at the end of the day the Commissioner is just there to make the league a fuck ton of money and grow the sport and Goodell just takes all that too far. Hes a dick but hes not a bad guy.

Martin Shkreli is a bad person. And I know that the way the pharmaceutical market and insurance works that he’s not literally taking drugs out of patients hands and shit, but the point remains that he wouldnt bat an eyelash at a bunch of people dying of AIDS if he could make money off it. He’s a supreme douchebag and a bad person.

Which is why it makes perfect sense that he’ll be squaring off a fictional golfer for title of the Worst Villain in History! Shooter’s improbable, remarkable, and dominant Cinderella run goes all the way to the Finals. He destroyed Heisenberg. Wasnt even close. Incredible. *Golf Clap* 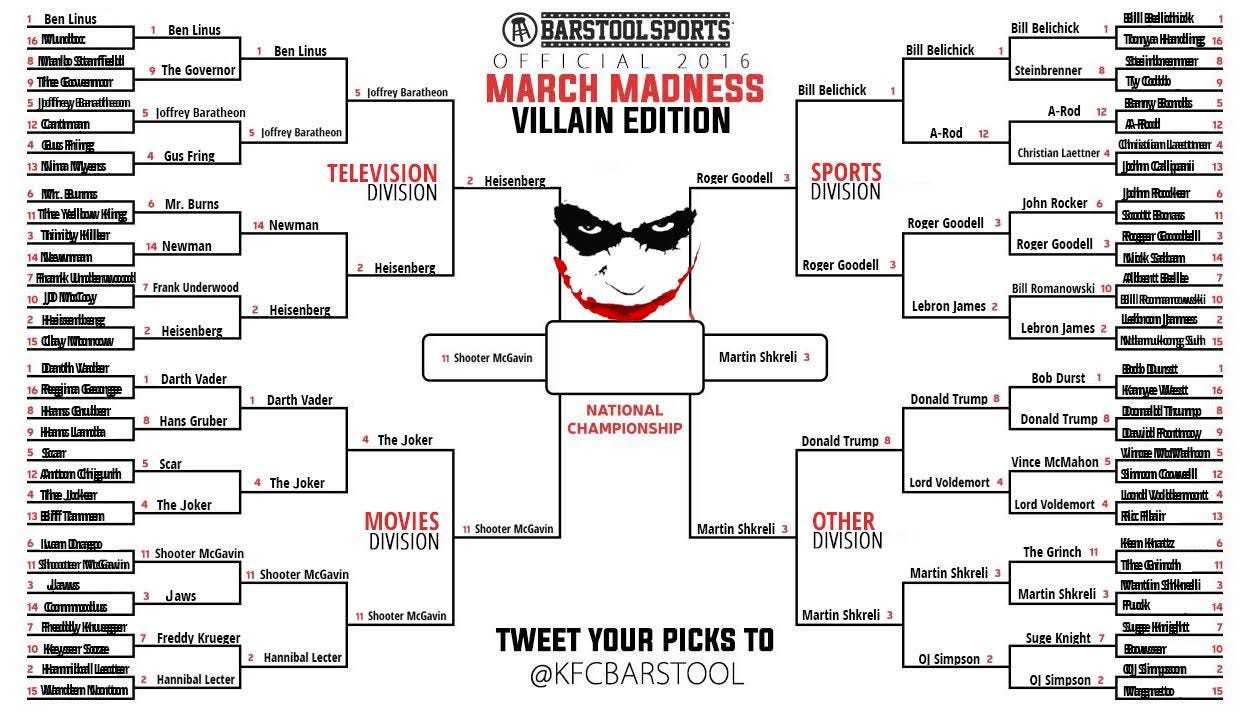