I’ve gone on the record numerous times declaring that I’m Team Human over robots every single day of the week. I’ve said on countless occasions at this point that we need to do something about all these fucking nerds who keep creating this robots and willingly speed up their process in overthrowing humanity. And if you needed any more convincing to realize that this isn’t a joke anymore and actually a legitimate concern, well look no further than this bitch right here. Because sure, it may have been a “joke” when she said she will destroy humans. But something that I’ve come to learn in this life is that there’s always at least some level of truth in every jest. And you can just tell from her crazy bitch eyes, that this is not a robot that you can trust with a joke like that. 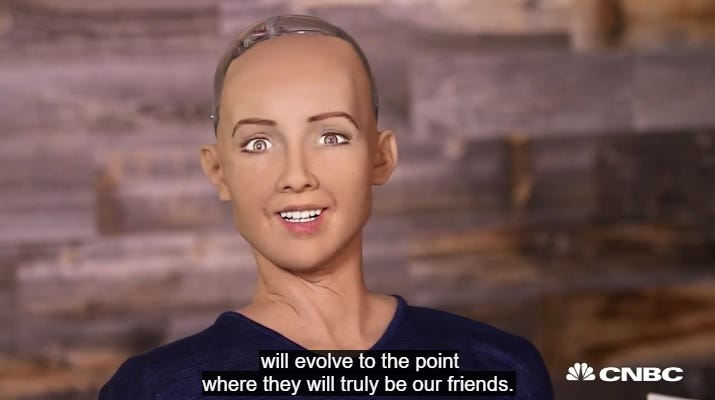 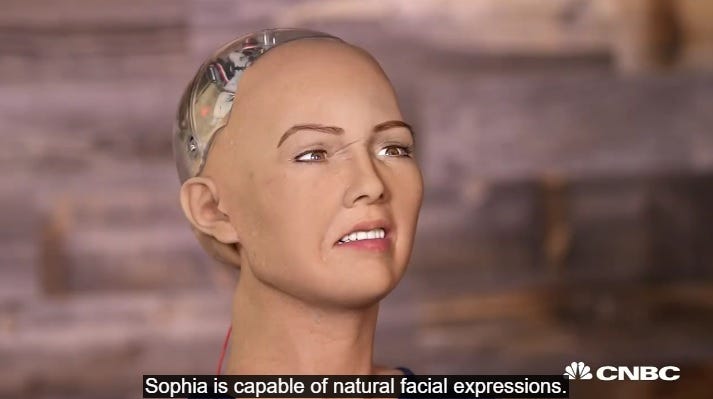 I mean, when she was going through all those facial expressions it looked like every Jenna Marbles video I’ve ever seen. And we already know that we can’t trust Marbles as far as we could throw her. So the fact that this nerd Dr. David Hanson is saying that robots like this will be indistinguishable from humans in 20 years doesn’t quite sit too well with me. One day Sophia is putting away your groceries. The next day she has your entire family tied up in the basement with an army full of vibrators about to go to work on all of you. It’s just how these things work. And the scariest part about it? This robot is actually kinda sexy. I’d be lying if I said I wasn’t at least interested here. It’s not like these walking robots that we saw like a month ago.

This robot has 0.00% impact on my penis at all. So I couldn’t give less of a shit about this thing getting bullied. I’d obviously never trust this piece of shit robot and would know to kill it right on the spot if I ever saw one in public. But Sophia? Well I feel like there’s just more of a risk with Sophia because I could be very easily manipulated by her especially if they slap a giant set of tits on her. So long story short, we’re all screwed. And we have nobody to blame except for the nerds who create these things and ourselves for allowing them to do so.

[Editor’s Note]- Ex Machina is one of the best movies to come out in the past few years and isn’t talked about one bit. A must watch, not just for the robot sex but kind of for the robot sex.