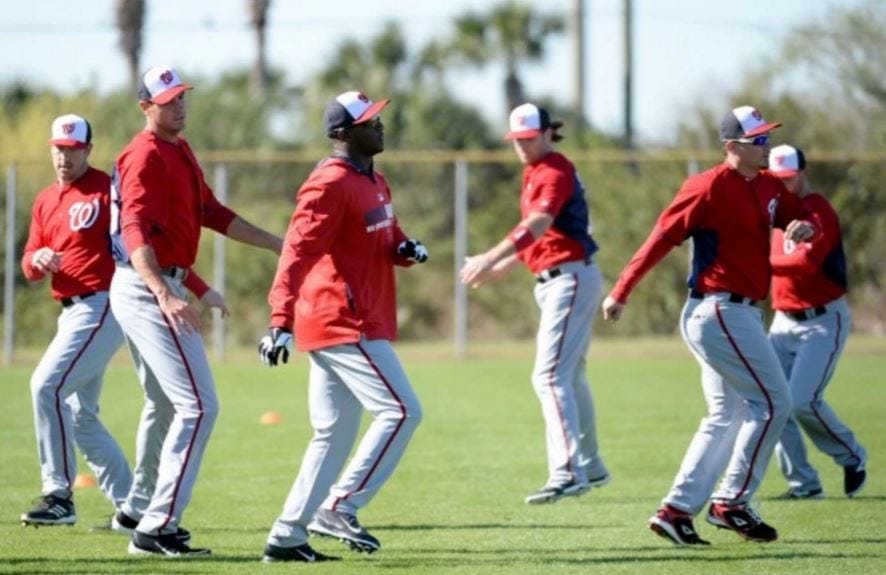 Spring Training records really don’t matter. If the Nationals went 0-25, I wouldn’t be particularly worried about how they’d do in the regular season, but Harper and crew are 12-4 and sit tied for 1st (with Toronto) in the Grapefruit League. But beyond that, the way they are playing is encouraging, and that’s what is important.

Offensively, Taylor has been the real star and his .484/.515/.871 (that .871 is slugging, not OPS!), 3 homers, and 3 steals make me pretty horny for his ceiling. We’ve known that Taylor oozes talent and he showed us glimpses of that potential last year – he doesn’t have a spot in the Opening Day lineup but there is no doubt that he has outplayed his chief back-up competition, Chris Heisey. Taylor’s replacement, Ben Revere has played pretty well himself and actually managed to sneak one over the fences – this guy has no power and I’d set his +/- for regular season home run total at .5. Also in the outfield, Bryce has been doing regular Royce shit and just had his first multi-homer game of the spring. 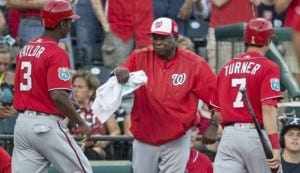 In the infield, new 2B Daniel Murphy hasn’t continued his NLCS hot-as-the-sun streak but I’m still pretty optimistic about the signing. On the other side of the infield, Danny Espinosa is slated to open the season as the starting SS and I know I’m not the only one who thinks that that is ridiculous. Turner is the more talented player and has huge advantages over Espinosa in speed, defense, and probably hit tool as well. Neither Espinosa nor Turner have lit it up during Spring Training yet but while Espinosa is 3/25 with 10 ks and a .240 slugging, Turner has turned on the jets and stolen 5 bags, homered, and walked 4 times (important because often when players are fighting for a job, they’ll swing at everything in hopes of getting hot but Turner has really shown his maturity by his willingness to take the base on balls). Infielder Scott Sizemore has had a great spring complete with 3 bombs and a great slash line and I’d love for the former Tigers prospect to make the team as a bench bat.

Ramos ropes a ground-rule double to left-center. Hitting .357 (5-for-14) with only 2 Ks since LASIK surgery. #Narrative #SmallSampleSize

In terms of catching, Ramos has played pretty well this spring and I’m willing to attribute 100% of that to his successful LASIK surgery so, while Lucroy is still the prize, I am confident saying that Wilson Ramos will hit 25 homers and bat .300.*

Spring success or struggles don’t matter for batters but they have even less significance for pitchers who are only tossing a couple innings at a time and are focused more on building up stamina and making sure their mechanics are right than anything else but Tanner Roark’s 9 innings with 9 ks and just 1 earned run and Lucas Giolito’s 12.15 K/9 are a lot better than nothing. Joe Ross left Saturday’s game after being hit by a liner but it sounds like he should be fine and his stuff is filthy. Trevor Gott, Shawn Kelley, Jonathan Papelbon, and the rest of the Nats’ pen hasn’t been dominant thus far but they’re just too good to not get it together once the season starts. Finally, Bronson Arroyo may not have a real defined spot (or any spot for that matter) on the active roster but it was a relief to hear that he will be able to pitch this year.

*I don’t think that Wilson Ramos even sniffs anything close to 25 homers and  a .300 batting average but, if he somehow does transform into an MVP caliber catcher, then I called it. Follow @SAlaskaBarstool