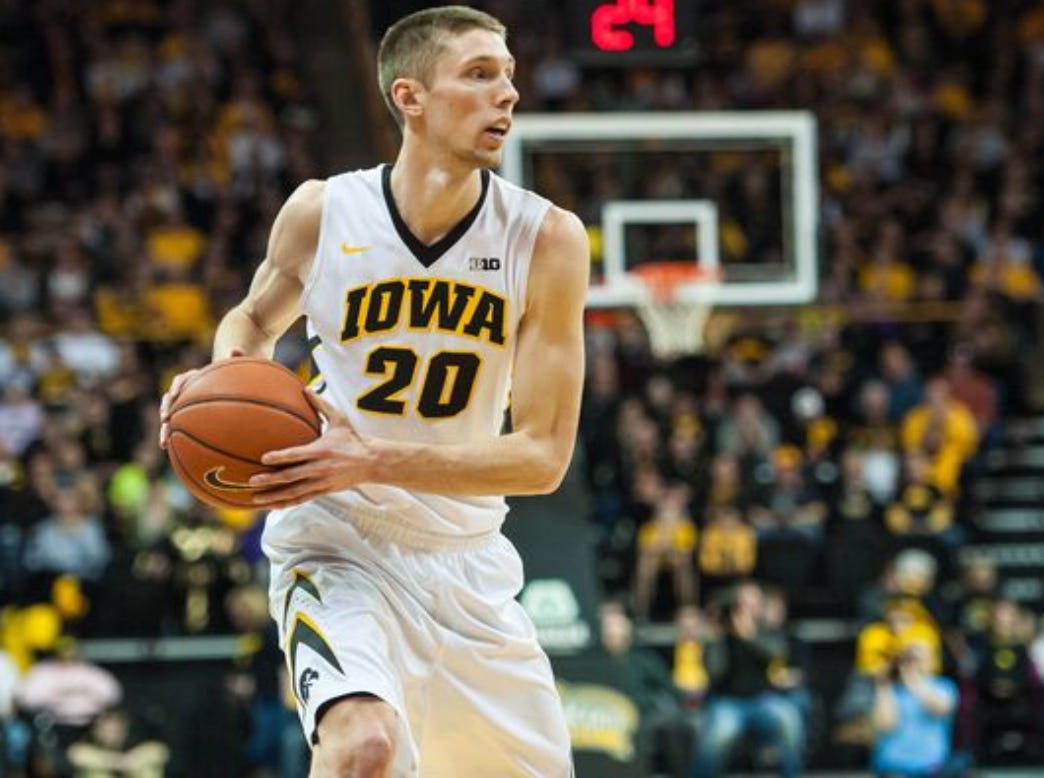 Here we go!  March Madness, baby!  The best time of the year only gets better when it’s your team that’s playing. It also makes it a lot more stressful. Especially if your team hasn’t played all that great heading into the big dance. Let’s just jump right into. Here’s the truth. I do not feel good about the Iowa Hawkeyes today. At all. I’m one of the biggest Hakweye fans in the world but how could I possibly feel good about a team’s chances if THIS is how they finished off the season

You know how people always say, “Oh look out for this team. They’re peaking at the right time”? Think of any New York Giants team that has won the Super Bowl in the last 10 years. Well what Iowa did down the final stretch was the exact opposite of peaking at the right time. They peaked in January when they had one of the best stretches in Iowa history. Knocking off highly-ranked Michigan State twice and knocking off ranked Purdue (sorry Purdue fans). It was heaven. It was magic. It was real basketball being played in Iowa City. Led by senior and POTY candidate Jarrod Uthoff the team looked unstoppable. Then February rolled around and the team inexplicably turned into a pumpkin, lost 6 of their last 8 and got bounced in the B1G tournament by Illinois. It was horrifying.

So what needs to happens today? Full disclosure: I don’t know SHIT about Temple. I wouldn’t even be able to find it on a map. So I’m really just hoping they stink. But what Iowa needs to do is get production from other people not named Jarrod Uthoff or Peter Jok. That’s really what it comes down to. I don’t care if that production comes from Mike Gesell or Anthony Clemmons or Adam Woodbury or fucking Christian Williams. It just needs to happen. Players not named Uthoff or Jok were something like 2 for 38 from the field against Illinois. That can not happen again or this team is going home early. Some production from the bench would help also. Dom Uhl and Nicholas Baer especially. Those guys were shockingly good during the early part of the season. I would love nothing more than to see one of them have a break out tournament game. I do think Fran McCaffery will have the boys fired up for the game I’m just nervous about it turning into the Uthoff and Jok show with the other guys fading away.