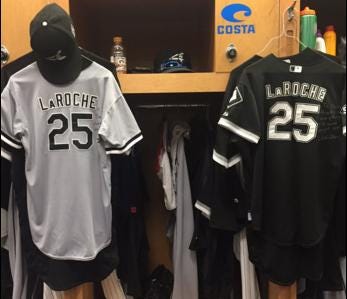 I think I speak for just about every Sox fan when I say this:

Chris sale needs to Shut. The. Fuck. Up… Period.

We get it, Christopher, you’re pissed that Kenny has stuck his nose in locker room business.  That’s a perfectly acceptable thing to be upset about.  Players set the tone in the lockerroom, not the GM.  The lockerroom is a sacred place; each and every one has an identity of its own, and it’s completely inappropriate for anyone who’s not in the dugout on a day-to-day basis to fuck with that.  But guess what?  New veterans – and ones that have previously been all stars and even MVPs – took exception to a 14 year old kid being in the clubhouse, on team busses, in the dugout, and anywhere and everywhere else, so in order to make these new players happy, he tried to find a middle ground.  That is exactly what anyone in charge would do; meet in the middle, everyone’s happy.  Drake wasn’t banned from the lockerroom, he was just limited.  PERFECTLY REASONABLE.

So why does Sale have to throw a complete hissy fit over this?  I said yesterday that attitude reflects leadership, and Chris Sale pissing and moaning about something that is not a big deal whatsoever does NOT set a good tone for the rest of the team.  Look, Adam Laroche didn’t die and Drake Laroche wasn’t diagnosed with a terminal illness.  He was limited in how much he could be in the clubhouse. Keyword: Limited.  Sale hanging their jerseys in their locker as if something completely traumatic happened to them for all media, both local and national to see is a complete and total embarrassment.

There HAS to be something bigger going on here, right?  I mean I cannot fathom grown men being completely torn apart about a 14 year olds access to a Major League clubhouse. This whole situation is so stupid and unnecessary it’s mind bottling.

At this point I’m waiting for a beat guy to break an issue that actually should be tearing a clubhouse apart.  Sad, but true.  No idea what it’ll be, but I wouldn’t be shocked in the least if this happens over the weekend.  Until then I guess stay tuned?  Fuck this.  This team has turned into the laughingstock of Chicago sports.