When Kmarko hits you with the Roundup…

Alright so, March Madness, Weekend 1 is in the books, and it was the wildest opening in tournament history. That’s not hyperbole. It literally was. If the eye test wasn’t enough to tell you that, the statistics back it up. Upsets, buzzer beaters, comebacks, collapses. Had it all.

Could post a 15,000 words, 20,000 GIF recap of all the craziness that went down, but in an effort to not blow up your computer’s hard drive I narrowed it down to my top 10 favorite moments of the weekend, a combo of funny stuff from the crowd and awesome shit on the court.

It was way back on day 1, but still one of the best blocks I’ve ever seen live (other than Brice Johnson’s coming up). It looks like the ball was shot out of a cannon straight through the hardwood into the depths of hell. 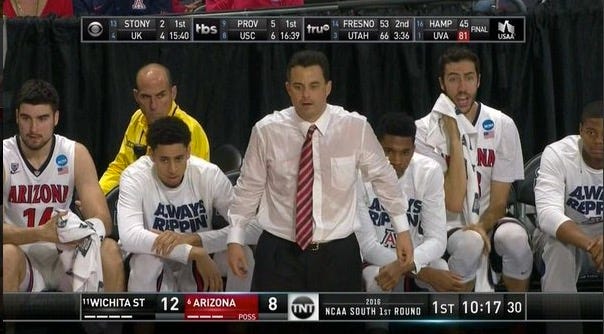 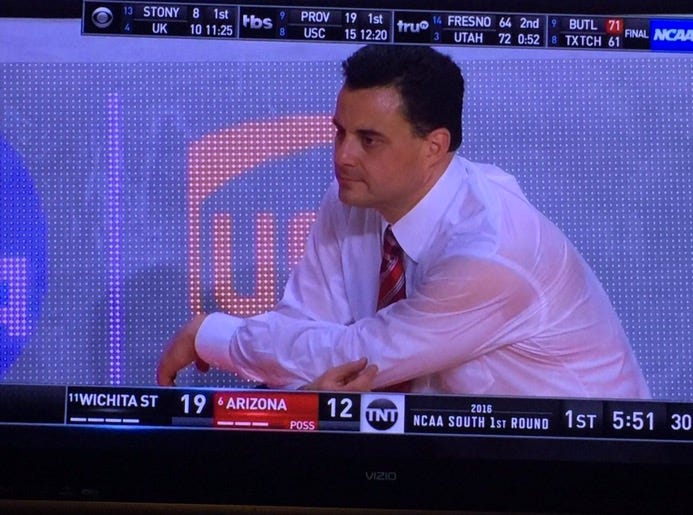 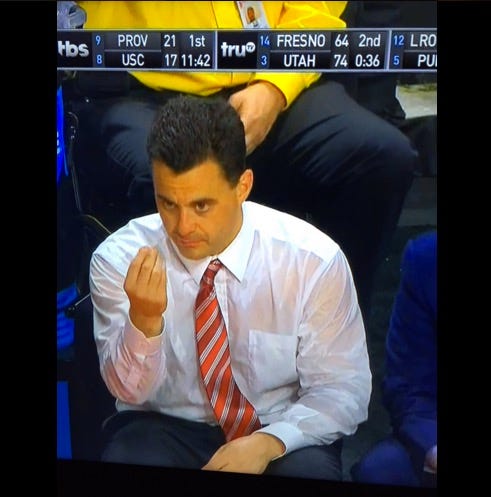 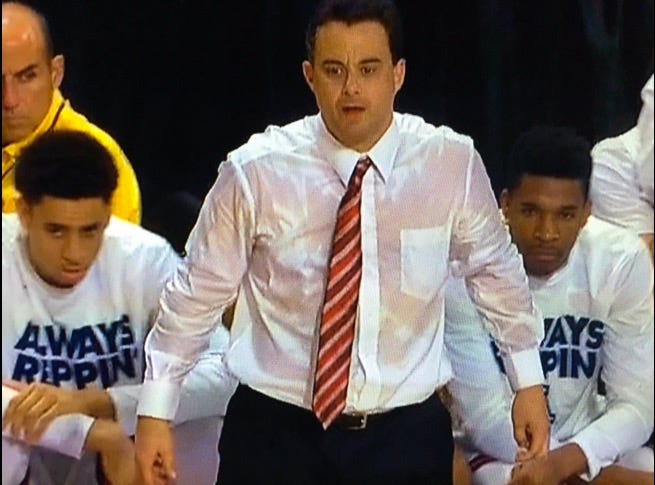 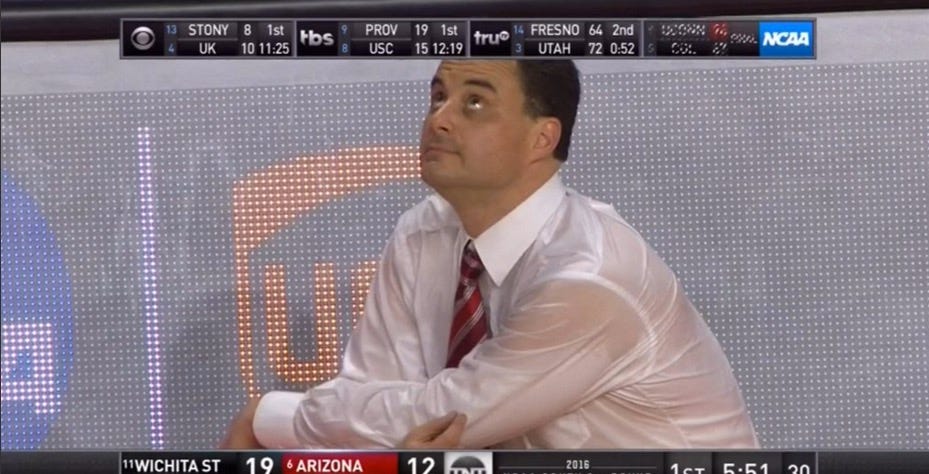 The sweat performance that launched a thousand memes. You just simply cannot sweat this much without consulting a doctor. 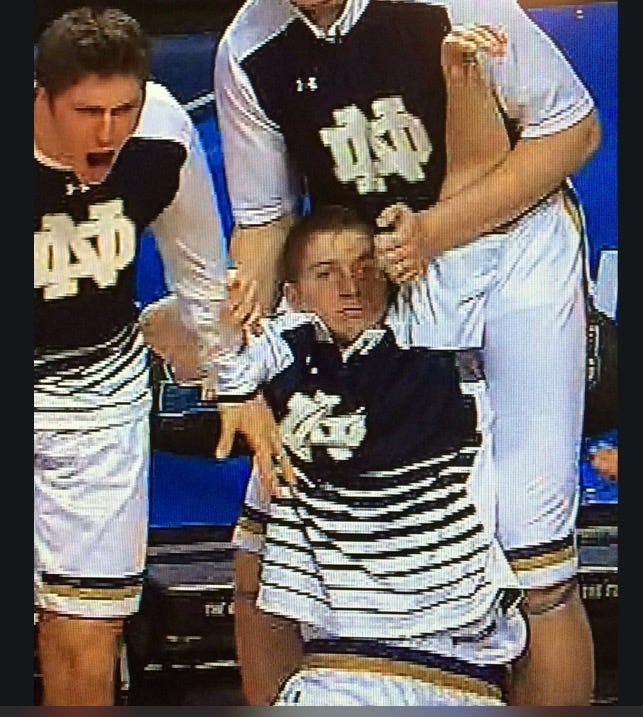 Great bench reaction to a huge slam. Only thing better for ND was Rex Pflueger (top 10 villain name) ending it. 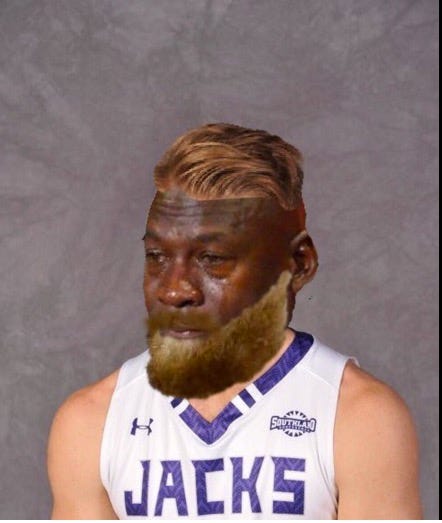 Still crack up every time I watch this. Sweet question reporter you jackass.

A lot of great stuff came after this but still one of my favorite performances/shots I’ve ever seen. 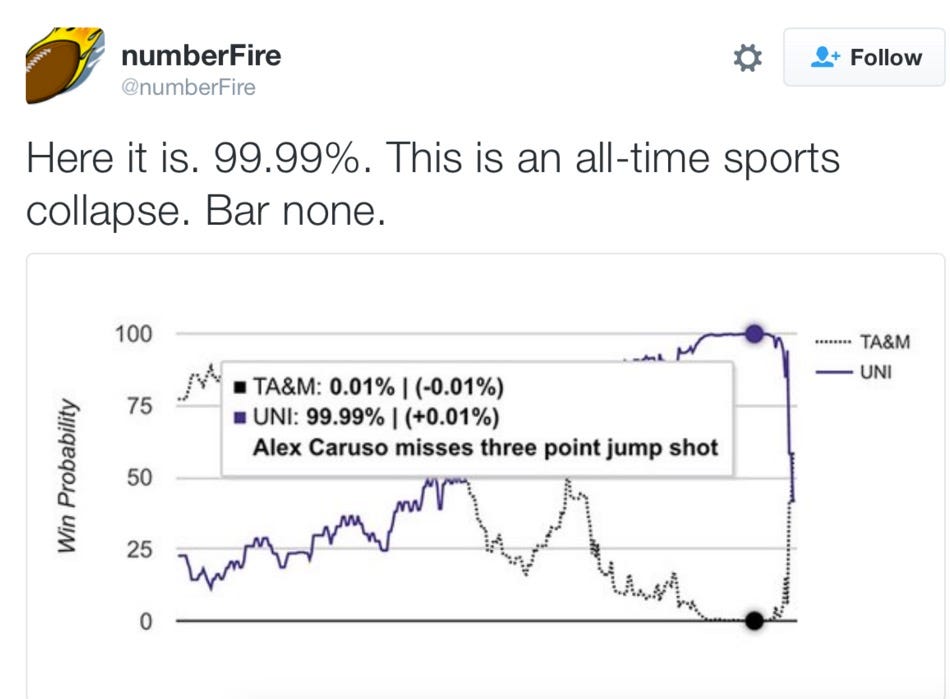 Let’s just say if you flipped over to Wisconsin/Xavier thinking this one was over and already circled UNI on your bracket, nobody would blame you. To say this thing was over with a minute left would be an understatement. This game was OVER. 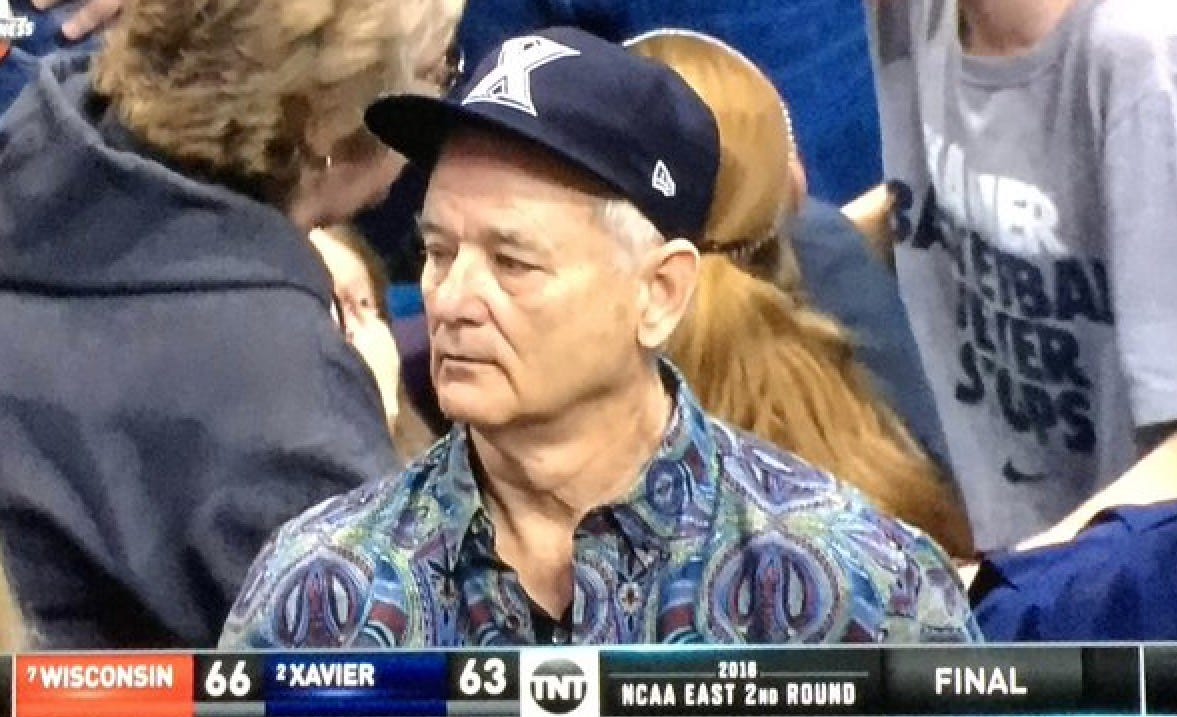 Bronsonnnnnnn. What a shot. Don’t forget the massive shot he had right before this too. Pretty good for a team that can’t shoot for shit. And the best part is the way he floated straight into his own bench knowing he just absolutely drilled that. So badass. 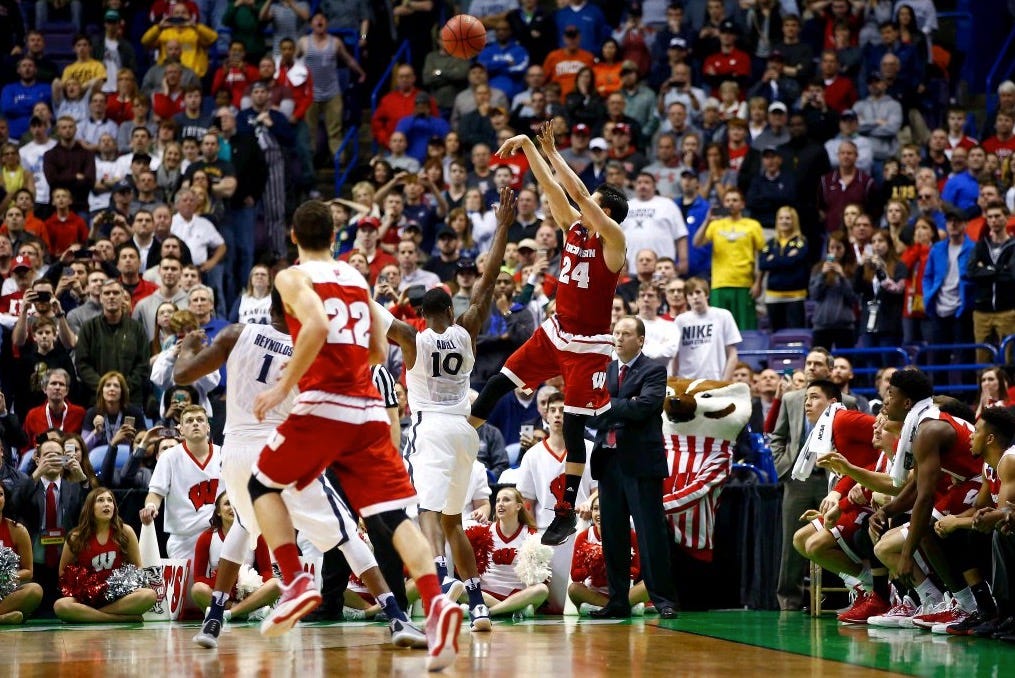 Remember the good times, Northern Iowa fans. You still had the best moment of the tourney!

That’s it for now, see everyone next weekend to run it all back for the Sweet 16.

Even if your bracket is busted you can still bust your hunger with the new Stuffed Burgers at participating Hooters locations. Check them out between now through April 5th.