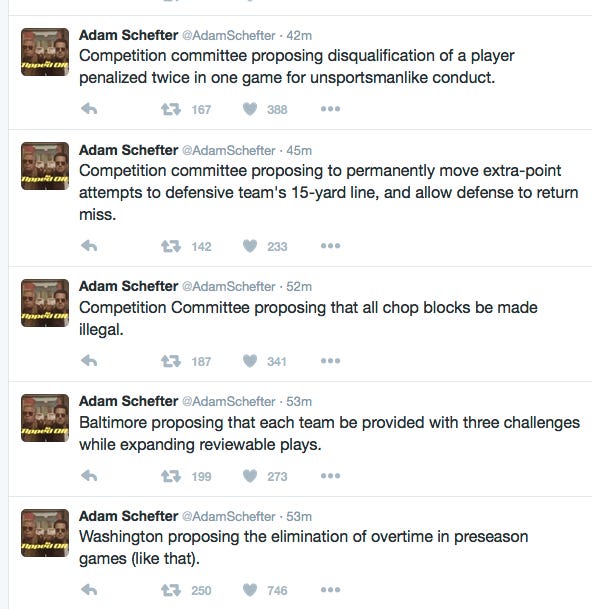 He’s like the crazy bum at the bus stop, poop in his pants, pee down his leg, screaming to no one in particular. These 4 days might be the only time in the calendar that the NFL isn’t even considered and yet here is Schefty, just filing away tweets, doing busy work at the office, letting everyone know that Baltimore wants three challenges and the Redskins don’t want Pre-Season OT*. Poor guy, Rap sheet has bullied him into submission, now all he has left is live tweeting the C-Span version of the NFL calendar year. Brutal.

*Not to McNabb myself here but I had no idea they even had preseason OT. Who the fuck watches preseason games all the way into the 4th quarter anyway? That feels like a rule they could have eliminated without even saying anything.