“Patriots are losing this offseason! They’re not trying to get better! I’M GOING TO KILL MYSELF!” 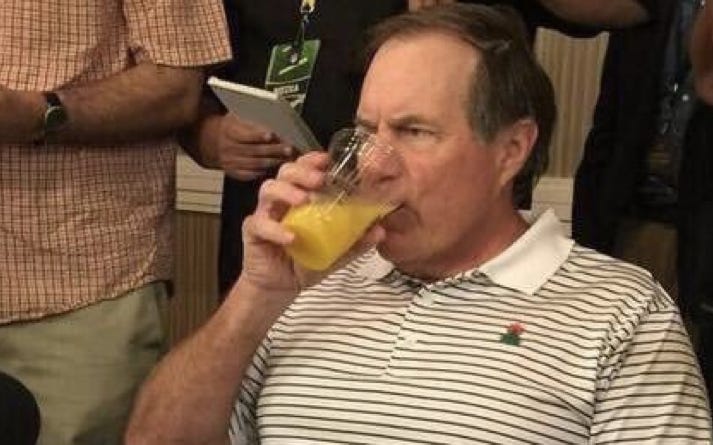 “In Bill we Trust” barely took 24 hours to pay off this go ’round, everybody. To be perfectly honest, it pretty much paid off by last night, but now it really has. When all the dust has settled Bill Belichick traded one year of Chandler Jones for one year of Chris Long, one year of Martellus Bennett, Jonathan Cooper, and a 2nd round draft pick. That’s why the man has earned our unequivocal and unwavering trust.

I guess you could say Brady is going to have some weapons this season with: Edelman, Amendola, Hogan, Gronk, Bennett, and Dion Lewis. Not exactly a rag tag group of gentlemen. Gronk was dominant last season with a 6’7″ scarecrow wearing foam hands lining up on the other side so it’s safe to say these two are going to be a problem.. 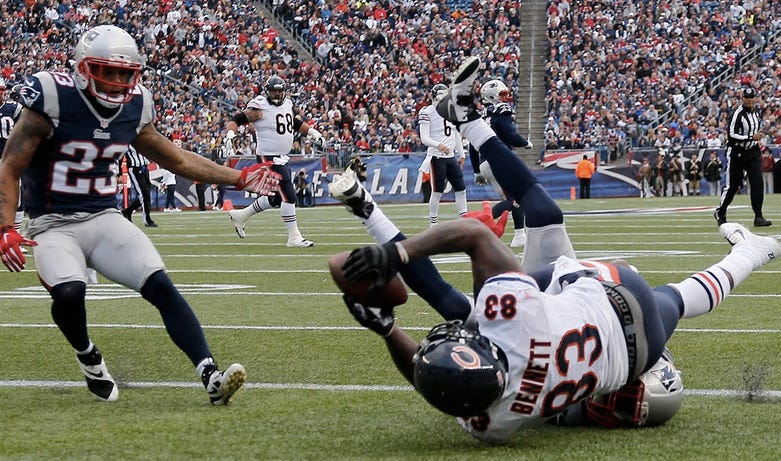