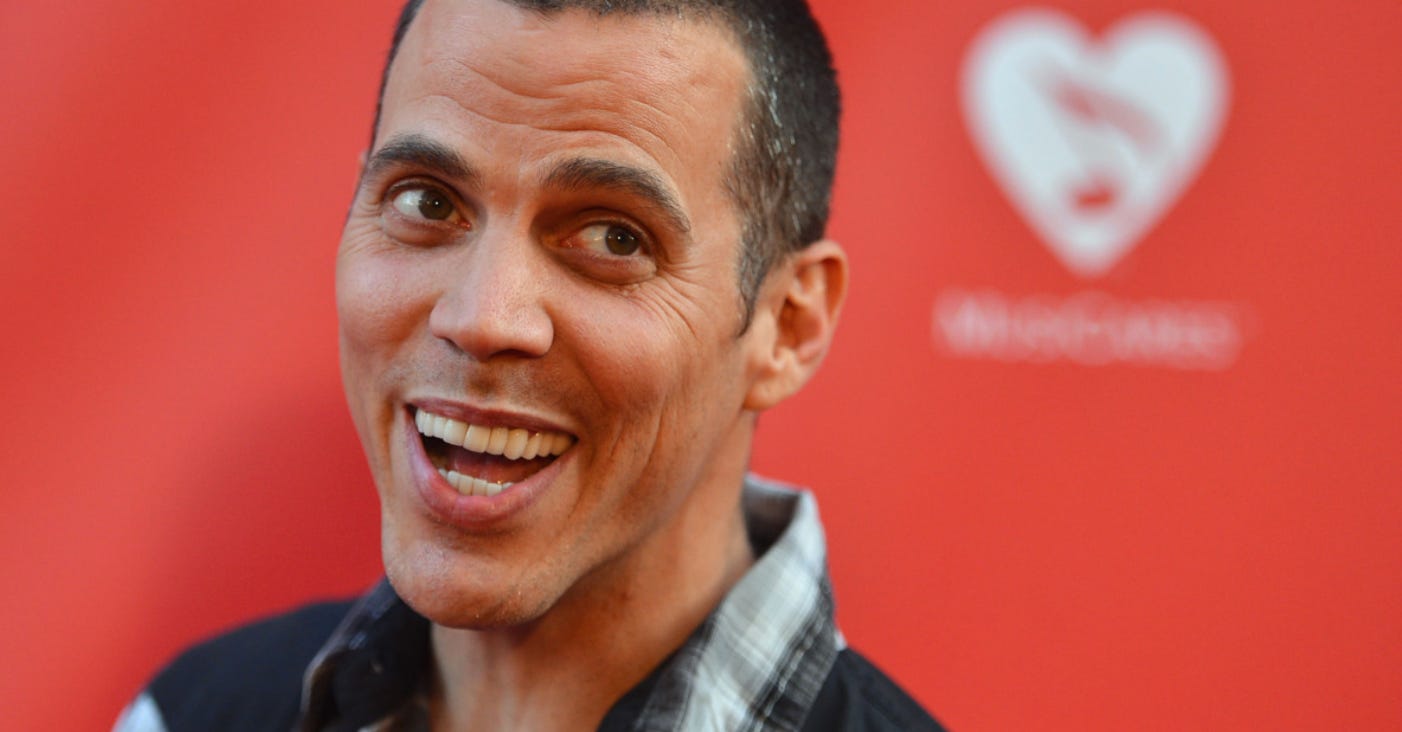 FoxNews- Steve-O’s descent into drug abuse included a three-hour bender in a bathroom with Mike Tyson. “I’ve done f—–g cocaine with Mike Tyson,” the former “Jackass” star told GQ. “We spent three hours locked in a bathroom together.” After crashing a party in the Hollywood Hills, the 41-year-old reality star recalled Tyson, 49, opening the door and asking whether he had any cocaine with him. “I told him, ‘Yeah, dude, I got a bunch.’ And I did. I had a whole eightball in one pocket, half an eightball in the other pocket,” he explained. “So we locked ourselves in this bathroom. He asked me for a cigarette while I was chopping up blow on the counter.”

“I struggle to believe how I got to a place where I’m in this f—–g drug dealer’s place scraping s–t off this table, which had visible f—–g blood mixed in,” he revealed. “I was scraping up blood and cocaine and I f—–g snorted it. I was snorting up dried blood.”

This is my shocked face. Which is to say I couldn’t be less shocked by this. It’s ironic that Mike Tyson is involved here because Steve-O is absolutely in the Tyson Zone. He did coke with Mike Tyson? Of course he did. That’s almost a given. He snorted his drug dealer’s dried blood that was mixed with cocaine? I guess I just assumed he had done that somewhere along the line (pun). Nothing Steve-O has done or will be do in the future will shock me. That goes for all of the ex-Jackass people minus Johnny Knoxville who seems like a pretty regular guy. Tell me a story about them, any story, and I’ll believe it. One of them snorting dried drug dealer blood has gotta be one of the tamer things they’ve done over the years. Those dudes are truly insane. It would have to be a really outrageous and off the wall story for me not to believe it. Like I wouldn’t believe you if you told me that, while doing cocaine with Mike Tyson, Steve-O dropped an N bomb and got into a philosophical conversation about race with Tyson.

“I said to him, my exact words, ‘You know, Mike, I don’t have a racist bone in my body, but I like to consider myself a n—-r,’” Steve-O continued. “I’ll never forget, he said, ‘You ask me, the definition of that word is anybody who uses it.’ And I was like, ‘Damn! Iron Mike, deep as f–k!’” And so we’re talking about the finer points of racism in America, or whatever, just sort of philosophizing about how to make the world a better place, and it was f—–g incredible, man.”

That actually did happen!  What a fucking scene that must’ve been.  Steve-O and Mike Tyson talking about the finer points of racism as they chopped up lines of coke in a bathroom. What a time to be alive. I would pay a decent amount of money to hear a recording of that conversation.

PS- I hope this blog doesn’t come across as anti-Jackass. That show and the movies that followed it are some of the hardest times I’ve ever laughed. Great shit. Really great shit.