So this is going down at the famous Love Park in Center City, Philadelphia right now. Topless vegan protesters paint themselves all up for PETA or some shit that does absolutely nothing for their cause but riles up a scene. Whatever floats their B-cup boats, however I am fearful for their lives. Why? Because this is Love Park. Do you know what kind of people hang around Love Park other than the tourists or punk skaters? These kinds of folk: 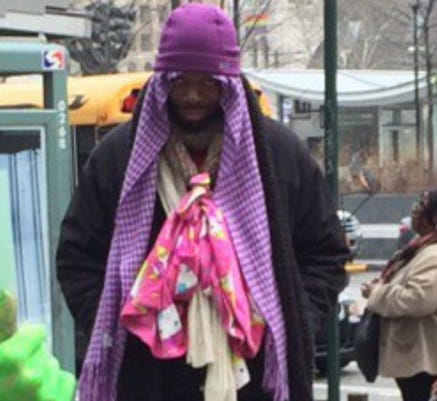 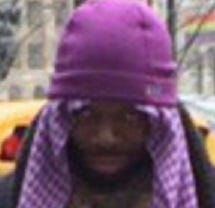 And the white business man taking a mental snap for his spank bank isn’t that much better, but at least he’s going to go about his day without skinning anyone alive. That place is a wormhole for the mentally unstable. Last time I was there we were shooting a video and there was this guy dressed as motherfucking Morpheus from The Matrix perched up on a bench. Didn’t smile. Didn’t move. Didn’t even blink. The man just stood there staring straight ahead for the entire half hour until we realized we were not welcome anymore. Maybe the Urban Jack Sparrow killed and ate Morpheus for the ruler of Love Park. I don’t know. All I do know is if you’re a tourist, grab a 30 sec pic in front of the Love sign and GTFO before sunset. You’ll thank me later while you’re still breathing.