I am so jealous of Drake’s dick. So jealous. Every time I turn around Rihanna’s butt is all over Drake’s dick. Concert after concert, video after video, all I see is Rihanna going to work work work on that dick dick dick. Dude is the luckiest guy in the world: 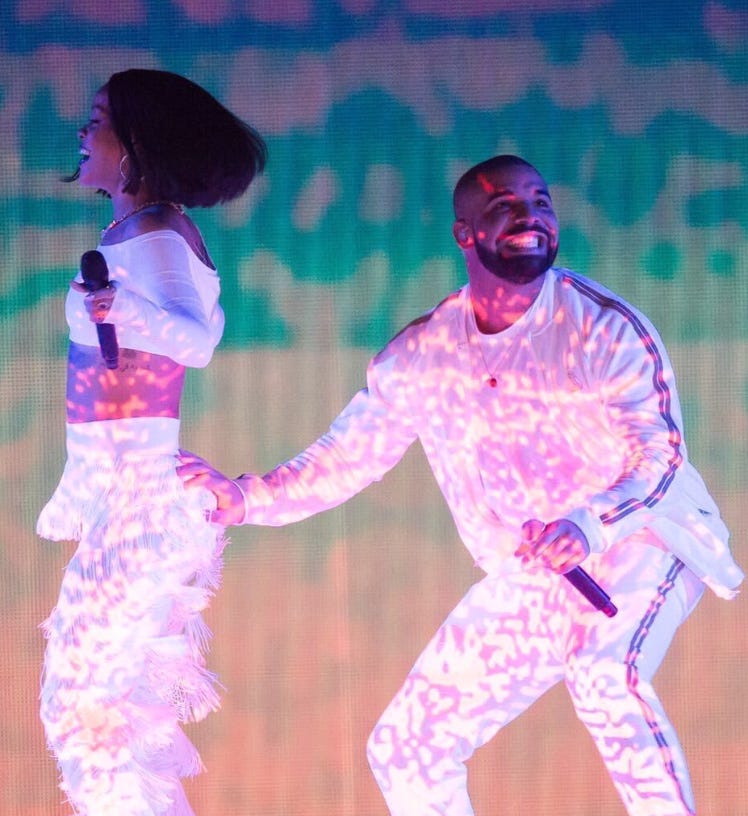 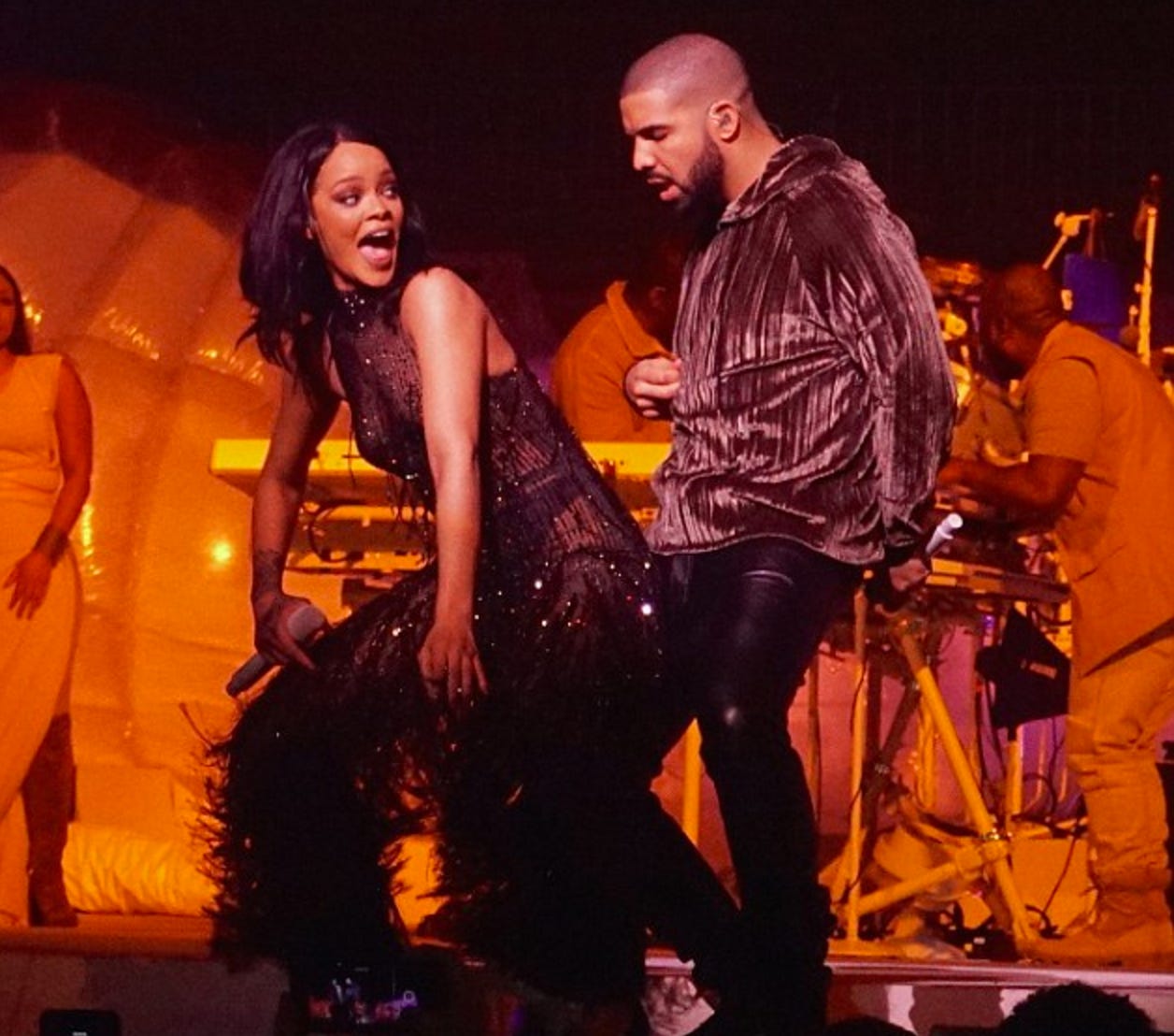 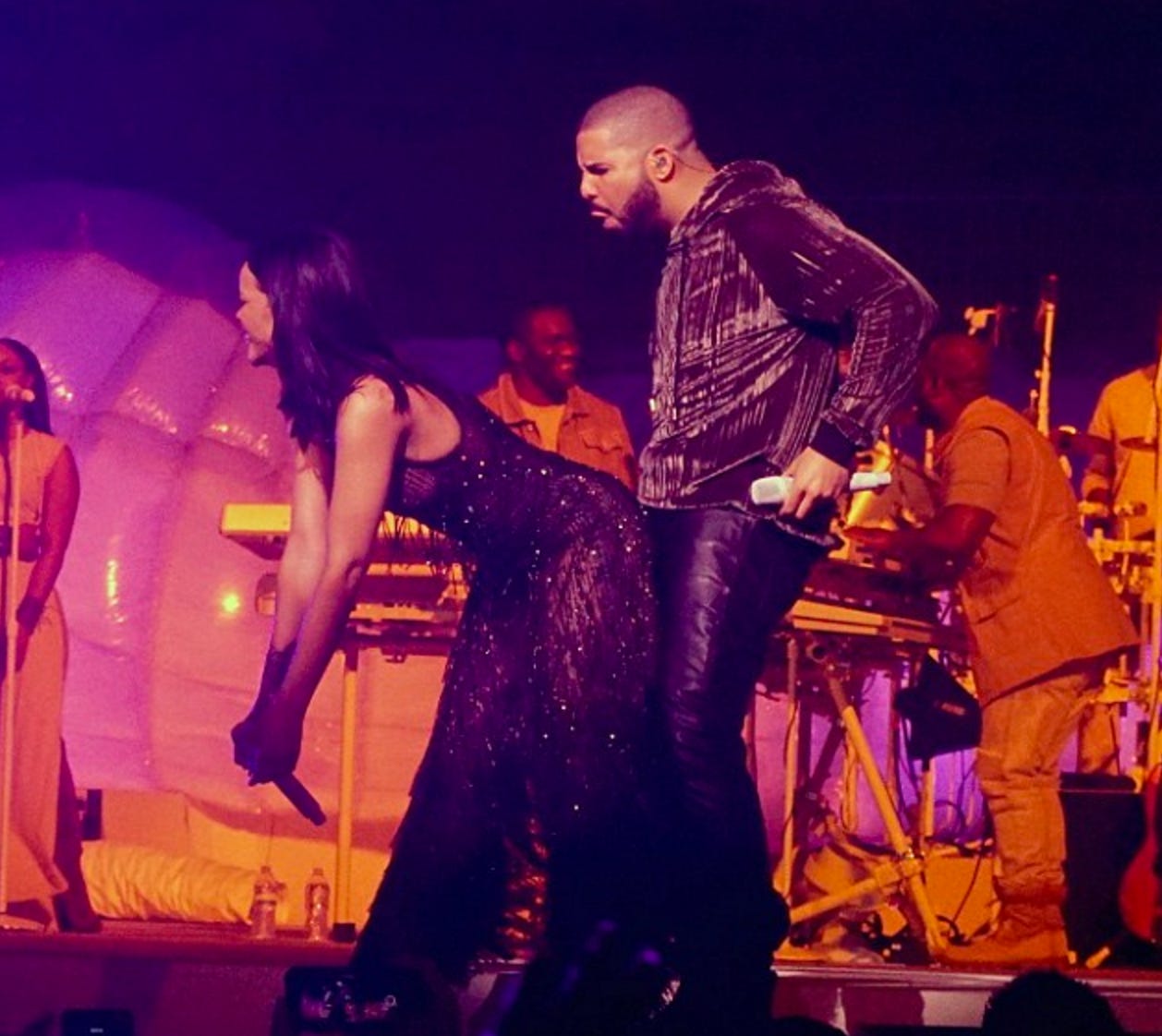 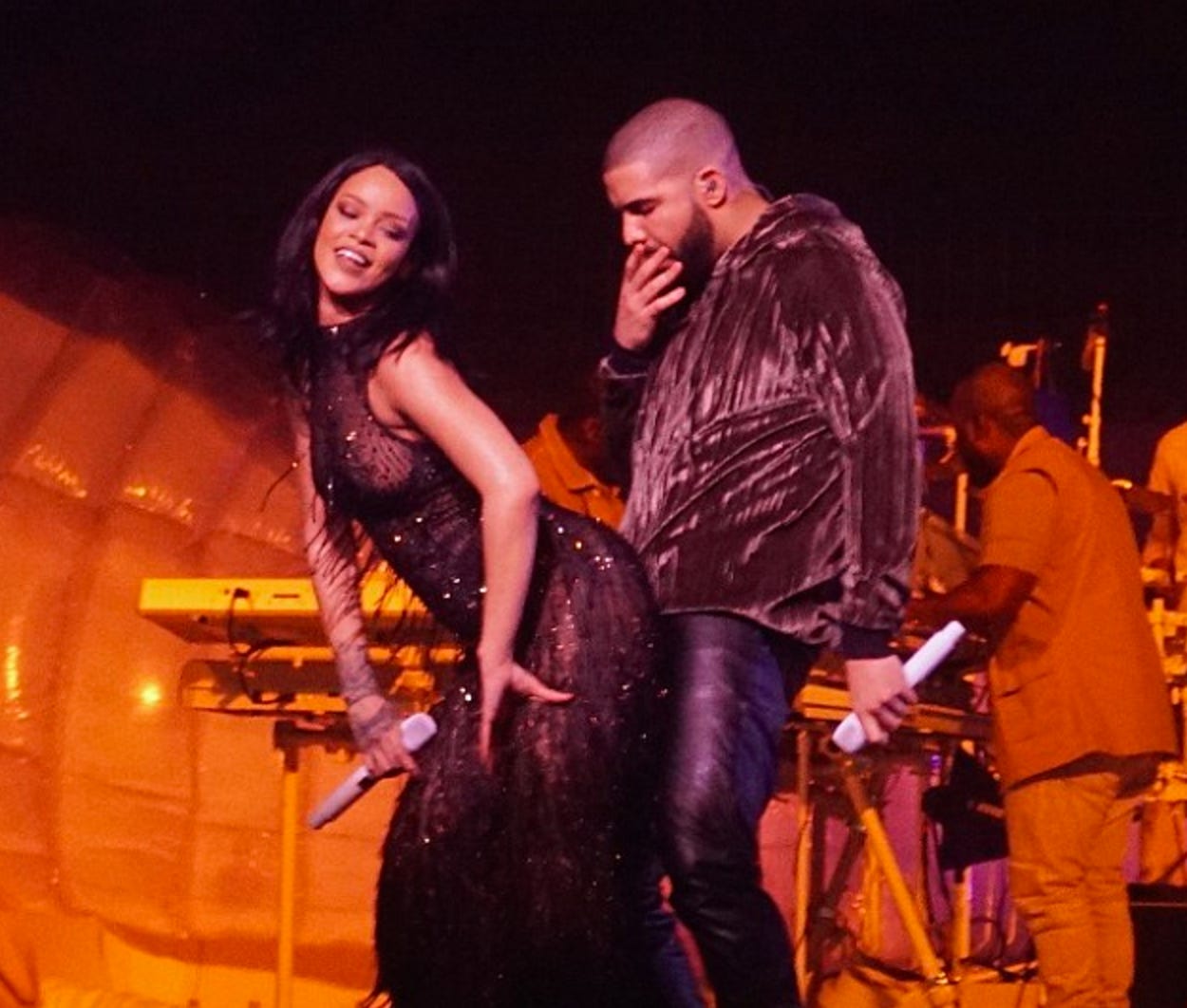 And so it got me thinking about how bad I’d want Rihanna to twerk all up on me. I think I’d rather have Rihanna grind on me than have sex with a normal, average chick. Send me back to 7th grade school dance when Too Close came on and it was like musical chairs, scrambling to find a butt to grind against. Give me Rihanna rubbing up on me with Work playing over some lame ass sex I’m gonna have with your average New York City chick. I’m talking about some chick you pull out of the bar in Murray Hill who has zero ride game and is awkward in the sack while you put in your half ass sex performance. Whats memorable about that? Nothing. Thats what. But a pro like Rihanna give me a legendary, celebrity lap dance? My boner, Rihanna’s butt? Now thats memorable. Either way I’m probably cumming so might as well do it for the story.

So I ask who ya got – Grind with Rihanna or sex with an average chick?