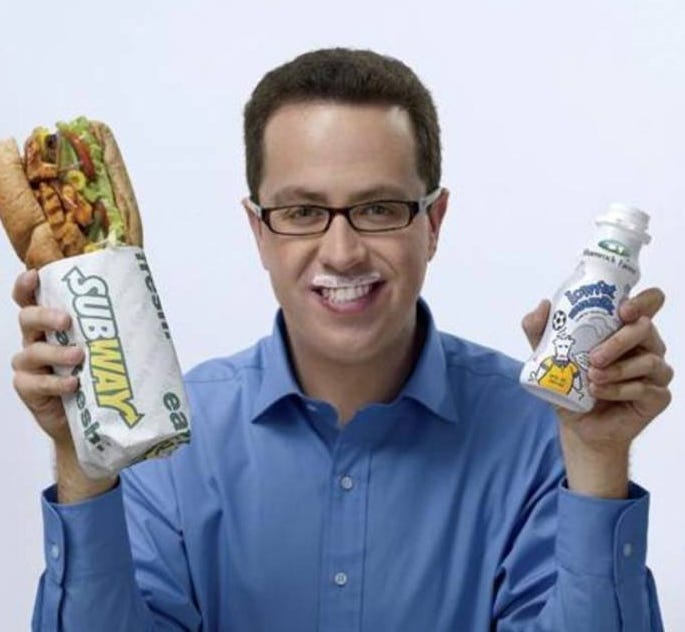 (Source) Jared Fogle got a surprise beatdown in federal prison from an inmate who has major issues with child molesters … TMZ has learned.

According to docs, Fogle got jumped in the rec yard at Englewood prison in Colorado back on January 29, and it was not much of a fight. An inmate named Steven Nigg pushed Fogle down and then unloaded a barrage of punches to his face.

Nigg, who’s in for a weapons charge, left Fogle with a bloody nose, swollen face and scratches on his neck. 60-year-old Nigg was also injured — a small cut on his left hand from delivering the whuppin’. Prison officials put Nigg in solitary as punishment.

We spoke to Nigg’s family and they’re not surprised. We’re told Steven’s pissed because so many child sex predators are housed in the low security facility, and Fogle was just the last straw.

Jared’s attorney had no comment. We don’t wanna say karma, but … oops.

I guess my only question is, what took so long? I think we all knew when Jared Fogle went to jail the next story about him was going to be about getting his ass kicked in the prison yard and here we are. Some 60 year old dude named Steven Nigg laying a beatdown on the Subway King because he had it up to his eyeballs with all the pedophiles in his jail yard. The one thing I don’t understand though is Steven Nigg getting hurt himself. How did that happen? Jared Fogle’s body is like a big tub of cream cheese. It’s like getting in fight with a really nice soft pillow. Look at this shit, he’s a Sealy Posturepedic with a shirt on. 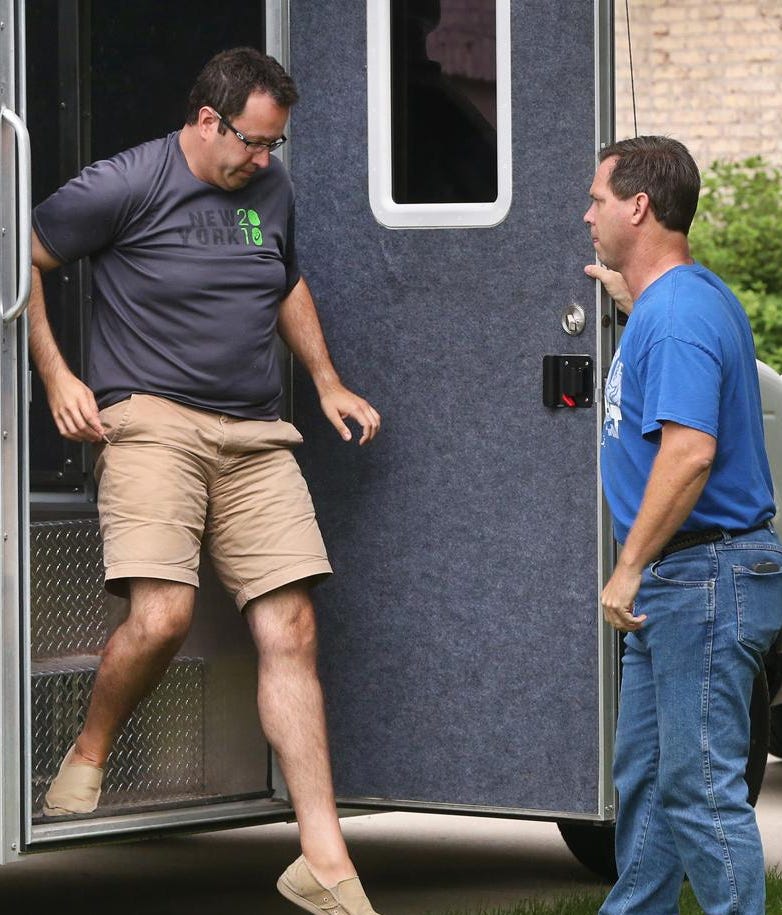 How the fuck do you walk out of that with your own injuries? Be better at fighting soft bodies Steven Nigg. We can’t have guys like you getting hurt in prison yard fights with pedophiles. That can’t happen, because I think we can all agree the world needs less Fogles and more Niggs