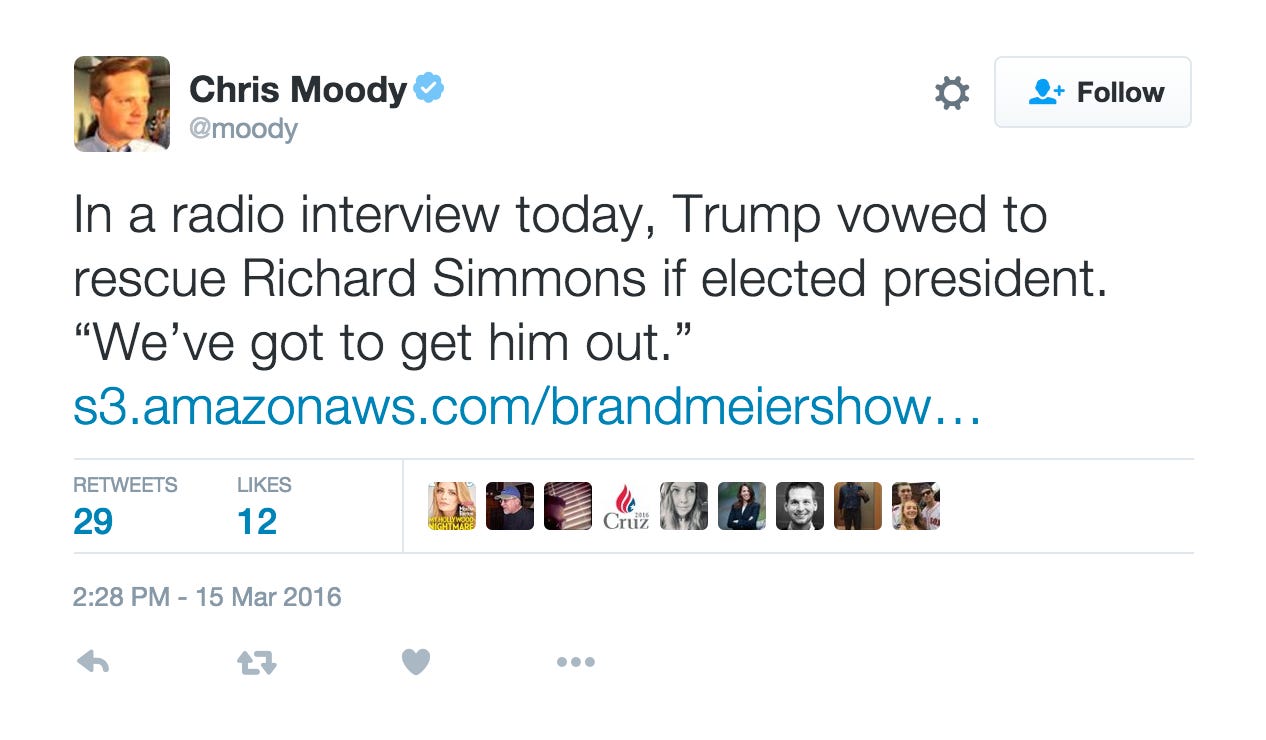 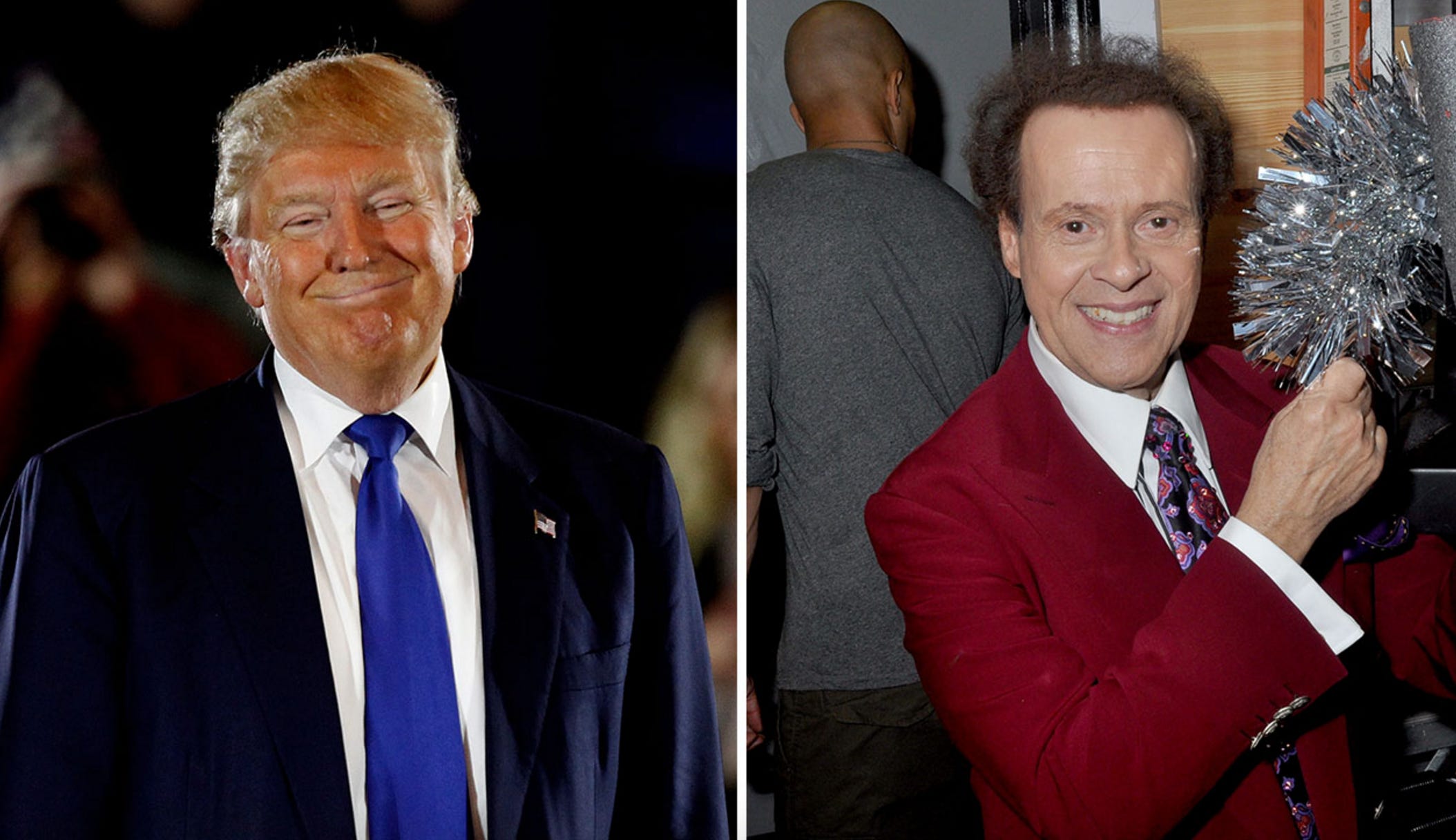 Well theres a game changer. I dont wanna vote for Trump but I feel like I have to now. If Trump is the only candidate out there focused on rescuing Richard Simmons we’re gonna have to vote for the man. Its a brilliant campaign strategy. Like when the kid running for class president in high school promises to throw a party if he wins so everyone automatically votes for him. Trump knows exactly what to focus on to get those votes, man.

Can you imagine Trump in the Situation Room organizing a tactical attack on Richard Simmons housekeeper? Snipers on the roof. SEALS ready to roll at a moments notice. His most trusted generals rolling out a schematic and laying out the options to save him. Trump giving the order like “BLUE TEAM, GO! BLUE TEAM, GO!” and then they bust down the door and throw some flash grenades in there, bum rush the compound, and find Richard Simmons on the couch with a bowl of popcorn watching Lifetime movies or some shit.

That scenario I just painted right there? Thats the reason why Trump needs to be president. I need to see Richard Simmons rescued from his own house and I need it within Trump’s first hundred days.

The country is on the verge of making El Presidente the Republican nominee. Unreal.