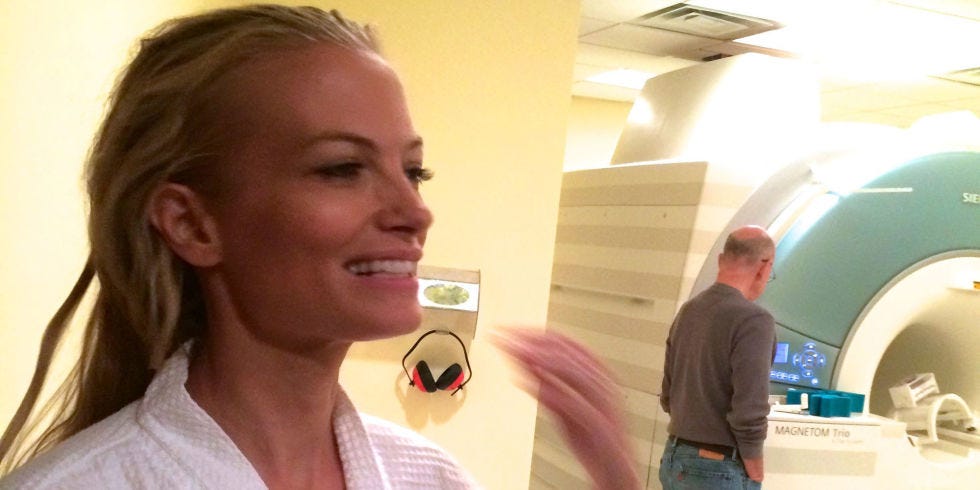 Cosmo (full article) — Masturbating in a small, cramped space in front of a team of scientists in a college lab probably doesn’t rank high on many women’s list of fantasies, but that’s what I was about to do. I was participating in a study that used a functional MRI scan to compare how various brain regions activated during arousal and orgasm. Right after I’d signed up, I’d imagined myself propped up on all fours atop a hospital bed, hooked up to electrodes, going at it freely for science. But a few days before the procedure, I realized that my fantasies had missed a critical component — the huge, clanking MRI machine — and feared I might have a little trouble getting off.

Fingering my clitoris, I felt a buildup of excitement then relief I interpreted as surrender. I definitely hadn’t orgasmed — or had I? While describing my experience later to the scientists, including the familiar post-orgasm swell of my labia and clitoris, it struck me: I’d come without even realizing it. Komisaruk wasn’t surprised by my epiphany; numerous other female participants in the study reported having no orgasm, when the scan revealed otherwise. I’m probably not the only woman accustomed to combination orgasms — vaginal and clitoral, the kind you get using the Rabbit, or during penetrative sex — who’d written “small” orgasms off as foreplay or disappointment for years. Now that I know I can come from clitoral stimulation alone, I do so more readily and with much greater pleasure.

What in the actual fuck? Greedy. That’s what chicks are. Fucking greedy. The whole male population is out here hustling (or rather trying not to hustle) our way through sex. We’re trying to be marathon men. Reciting baseball stats. Picturing gross or boring stuff just to hang in there with our girl. Meanwhile, according to these scientists, she’s probably already had 5 orgasms and she’s somehow trained herself to think she didn’t have them. She’s withholding valuable information and taking our nuts hostage. You’re agents Johnson and Johnson in a chopper headed to the roof of Nakatomi Plaza and she’s not only wired the roof with explosives, she’s already set them off a couple times. You’ve been duped! It’s basically sexual terrorism. Thank god for Miss Magneto here who was willing to brain scan herself to figure out she’s been unknowingly lying about the infamous “did you?” question all this time. Quite literally, come on, ladies. 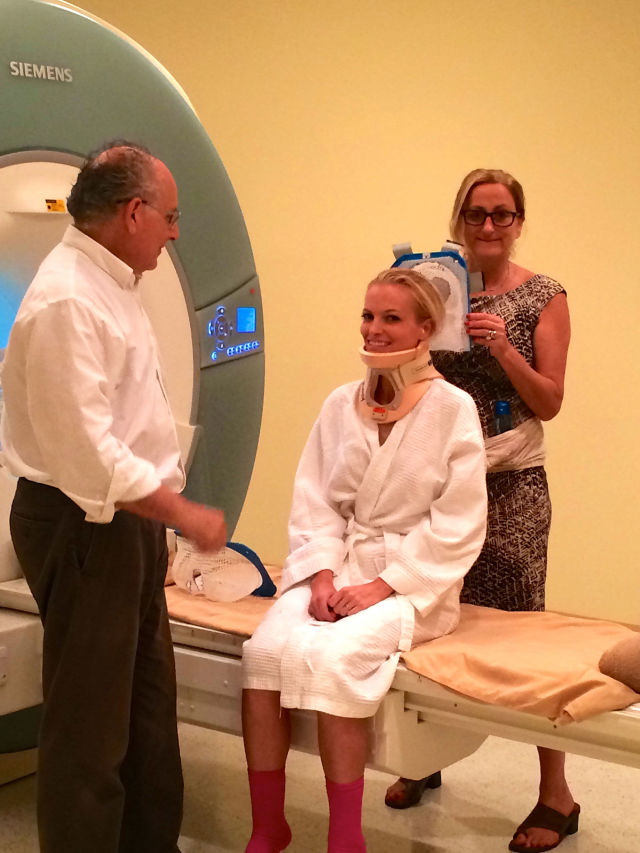 This guy’s got an actual PhD in orgasms. HARDOOOOO